Sarah Silverman’s Hulu show I Love You America has smeared and mocked plenty of conservatives but none more so than President Donald Trump. The kicker of the latest set of smears in the September 27 episode is part one of a three-part interview with the "president." 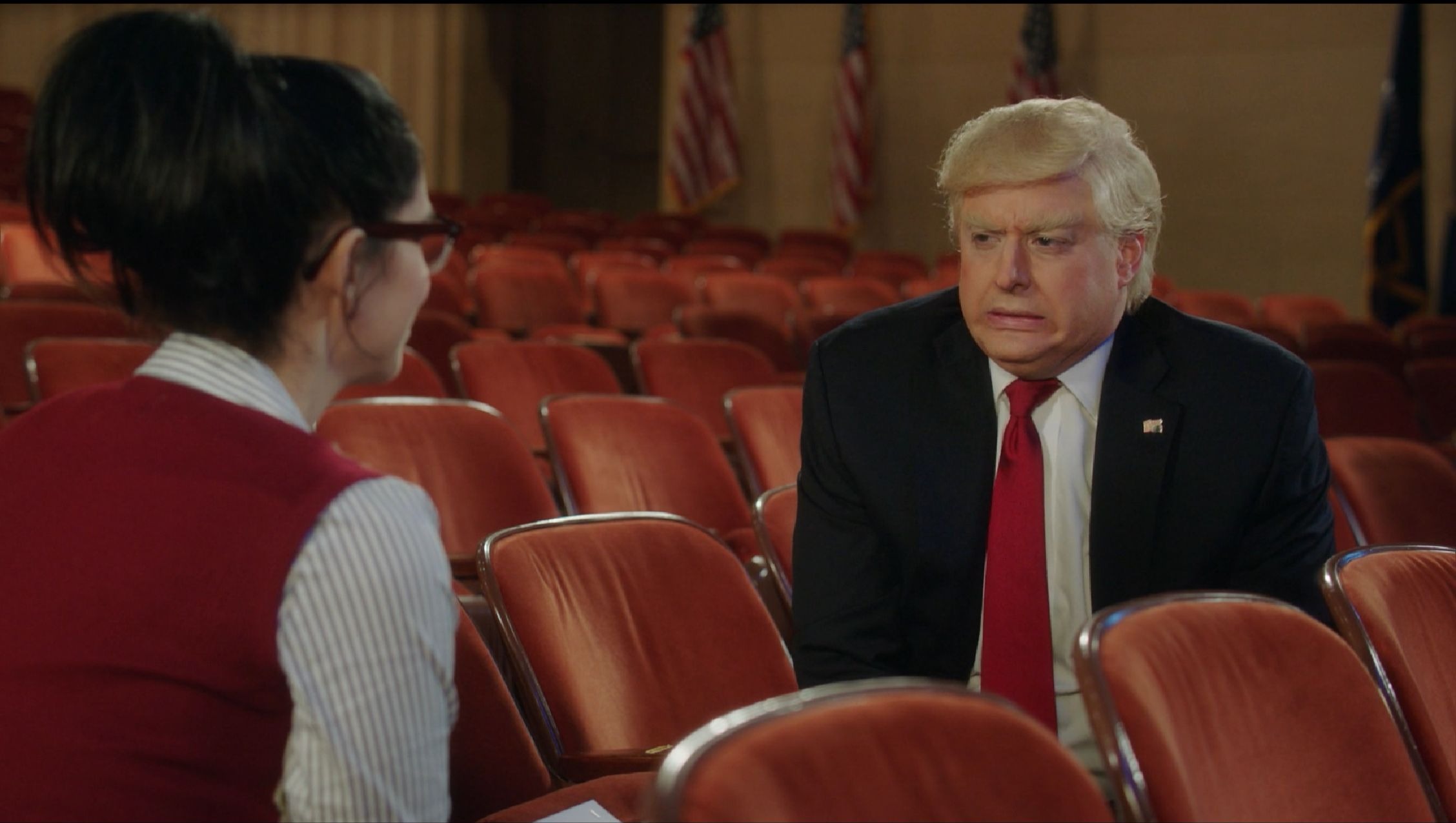 Silverman puts us in the mood right off the bat in the first few seconds by jumping onto Trump’s appearance at the UN. She calls him the “laughingstock of the globe” which is a pretty lazy name, even for this show. Of course, the laziness is just beginning as we prepare for Sarah’s interview with “President Trump.”

With an impersonator, Silverman pretends to have an exclusive one-on-one interview with President Trump. Enlightening moments include "Trump" talking about Christ (“I prefer my saviors to be alive, all right?...I’m very anti-Christ. Very anti-Christ.”) and collusion (“I can spell collusion. W-I-C-H-U-N-T-E. Witch hunt.”). One particular highlight, or low light, includes him walking Sarah through the process of paying off accusers. Tell me if this doesn’t sound like the “golden showers” dossier.

Sarah: Your accusers, walk me through the payoff process.

Trump: First off, I’ve had many accusers, and I’ve paid them all off legally. Each girl, when I meet them, they have to abuse me in some way that reminds me of my mother, whether they spank me, push me, or scream at me in a hallway. Once they’ve done that, I can drop my guard, and I can go, “Whoa, you’re a sassy lady. Let’s go up to the room.” Then I make them clean themselves while I sit on the edge of the bed and of course, I ejaculate very quickly. We do that as many times as possible until they say, “I’m sick of you. When am I getting on The Apprentice?” And I go, “That was just a lure, like a fish.” So then I call Michael, Michael Cohen. He’s a Jew. You must know him. I give him the money and then he meets the person in a parking lot, cuts a check or gives them money, and if they say one thing, I find a tough guy and I go, “He’ll kill you if you don’t take the money and shut up.” And then everybody’s fine.

I understand Sarah Silverman doesn’t like Trump. I got that from before the first episode. But now she’s reduced to half-baked jokes to a dwindling audience all in an effort to somehow speak to America. Even she has to realize how pathetic this looks, though I doubt that matters. She’s found her hateful niche, and she’s sticking with it whether we like it or not.

Trump is unfortunately not the only one to come under her wrath in this episode. In one of her monologues Silverman spends nearly ten minutes decrying the 1 percent as the “assholes of America.” Not wanting to be too subtle, she demonstrates that with a graph shaped like a literal asshole. It’s truly a sign of how far she's gone that I thought, “At least it wasn’t a real one this time.”

She keeps going on and on calling billionaires “wealth addicts” who are hoarding wealth, one of the reasons “America is so f*cked.” Being the coastal elite that she is (her words not mine), she advocates the wealthy pay their fair share for affordable education and healthcare for all. At this point, I don’t know whether she wants to run a show or put her name in for the 2020 election. She couldn’t be any worse than Michael Avenatti.

Sadly, this is only episode 4 of the 2018 season, and only part one of her Trump “interview.” Something tells me we still haven't reached rock bottom and I’m dreading every second of it.