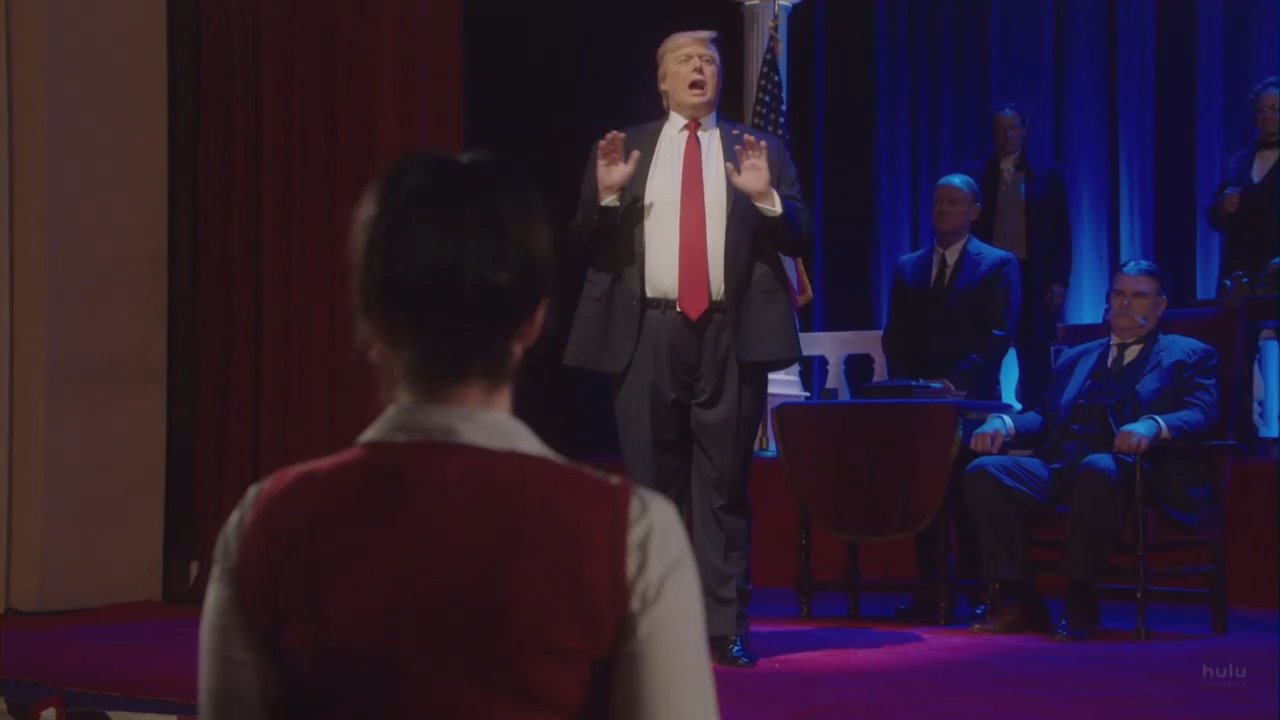 Only two episodes into its return and Sarah Silverman’s I Love You America is already probably the most obnoxious show of 2018. After a lousy hate-fest last week, the Hulu series continues to promote its hatred for all things right-wing. This week is no different, except with more profane jabs at President Trump.

In the September 13 episode "Bernie Sanders," Sarah Silverman directly berates President Donald Trump for recently rolling back environmental regulations on oil companies. Like a good leftist, she bemoans Republicans and the president for being “in bed with Big Oil” at the expense of human lives. As if environmentalist groups don’t contribute millions to Democrats to promote policy changes.

She also keeps saying claiming that climate change is science based on the “97% of scientists” myth, but I still don’t think “science” means what she thinks it means.

Sarah: They’re rolling back environmental regulations the same summer that the West Coast has been ravaged by forest fires, the same week there’s a major hurricane, Hurricane Florence on the East Coast which our President anticipates so eloquently here.

Sarah: What a dick. It sounds like he’s describing a new ride at Six Flags. Like, why don’t you redirect more FEMA money to pay for ICE detention centers again you fucking crappy president? Look, whether you believe that humans are causing climate change, like 97% of the world’s scientists do, or if you believe like, God is punishing us for marriage equality or abortion or male rompers, we can all agree that this is not a good time to be gleefully celebrating environmental deregulation. Like, now oil and gas drilling companies can go up to two years between methane leak inspections. And, yes, “methane leaks” sound like a term for farts. Ha, ha, ha, get that out of your system.

Then, in her opening monologue, she berates the supposed “alt-right movement” for its rise in false outrage on Twitter. More specifically, she references the controversy behind director James Gunn’s old tweets that led to his firing from Disney. (She however declines to say Mike Cernovich’s name.) For once, she actually acknowledges that this is a move out of the liberal playbook, but that’s where the honest self-reflection ends.

She just keeps whining how the right “purposefully weaponized” out-of-context tweets just to get people in trouble despite not feeling offended at all. I suppose, by that logic, gay couples shouldn’t have to harass Jack Phillips when they know there are bakeries that would happily serve their weddings. Somehow, I doubt Sarah would agree with me on that.

Following that, we’re treated to a pseudo-Night At The Museum sketch where Sarah visits the Hall of Presidents. At night, the animatronics come to life to give a perspective on America. Unfortunately, the scene just devolves into what she calls “an old, gross sausage party” based on the men’s outdated mindsets and past crimes. This includes, of course, another jab at Donald Trump in the process as she boldly unplugs the Trump animatronic.

And I said “Hey, why don’t we get with the cast of ‘Dallas’? ‘Cause I know Patrick Duffy personally.”

Sarah: Shut the fuck up!

Trump: And I can take her anywhere you want.”

Finally, we reach the end of the episode where she speaks to Senator Bernie Sanders. In their conversation, they praise the rise in Democratic socialists, discuss how to fix the Democratic Party, and insult Congress for bombing countries and giving billionaires tax breaks. Eventually, this Bernie-lovefest is interrupted by, you guessed it, whining about Trump.

Sarah: I just get frustrated by, um, liars. I just fucking-I hate liars. And I see them in power-

Bernie Sanders: If you hate liars, man, you are in the wrong place. This whole place is built on a lie.

Sarah: But you’re not. You never lie.

Sarah: I don’t like liars. How do we have a common truth again? There used to be a time where at least we could base what our opinions were on the same truths.

Bernie Sanders: Well, what we have right now in Trump, and I say this not to be particularly disrespectful, above and beyond what he stands for, he is a pathological liar. And it may well be that he really doesn’t know. And I suspect this is true, the difference between truth and lying. I think he probably sees something in his own mind, he thinks it’s the truth and he just says it. But he lies all the time, and that is a very, very bad thing when the leader of a nation lies all of the time. Because it debases the entire discussion because if he’s lying all of the time, why do I have to, you know, tell the truth? And then you got something else. You got a Congress which is not even close to representing where the American people are.

In yet another exhausting episode, Sarah Silverman has again shown nothing but blatant contempt for politics she doesn’t like. If this is truly an indication of this season, we are in for a long, long fall.