It’s just like AMC’s Preacher to want to go out on a low note. We’ve had our share of gruesome violence and general blasphemy this season, so now it’s time to go political. The August 26 finale “The Light Above” seems keen to remind us that if you want to “Make America Great Again,” you’re in line with Hitler…somehow. 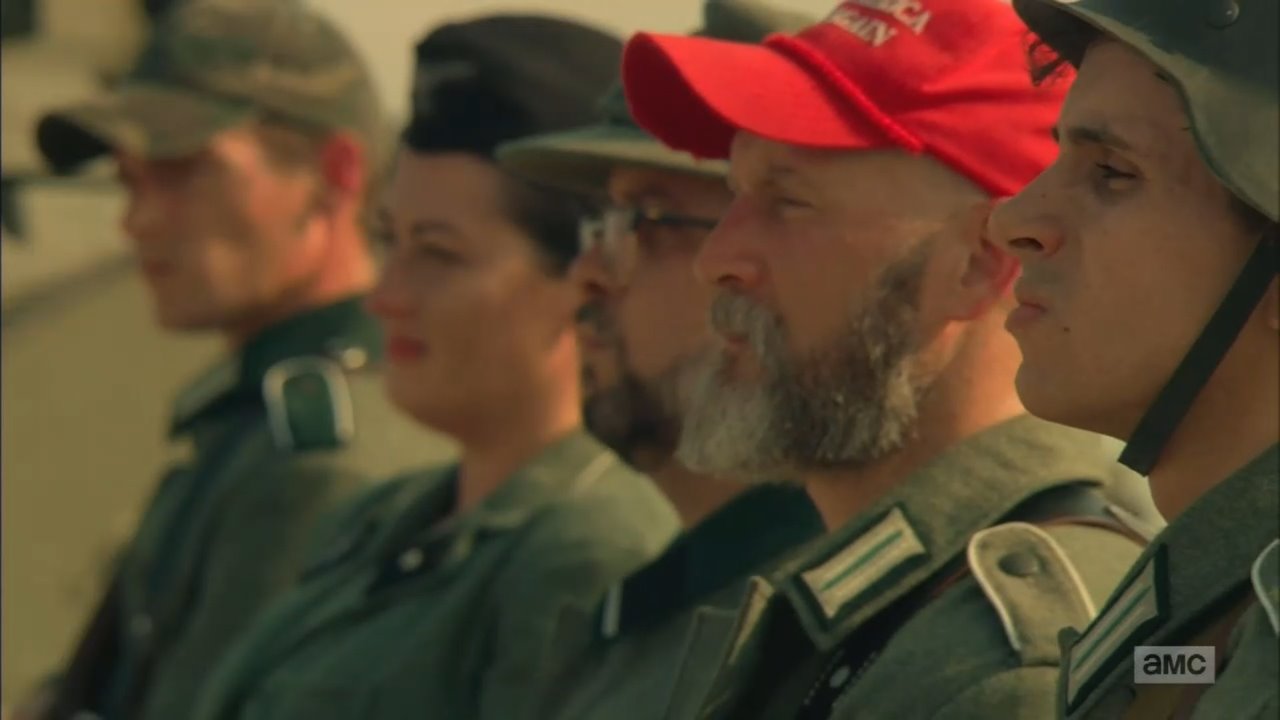 After escaping from Hell in the previous season, Adolf Hitler (Noah Taylor) made his way to modern America where he works in a diner under the name “David Hilter.” This doesn’t stop him from once again planning a fascist revolution and finding a surprising number of loyal followers.

In the previous weeks, a cavalry from Hell arrived to whisk him, along with a number of other characters, back, but they quickly face a different kind of cavalry made of modern Nazi sympathizers. Of course, as the camera shows shots of the crowd, we see one of the Nazis is wearing a red “Make America Great Again” cap.

Get It? Because Trump supporters are supposed to be Nazis! Not only is it the most unoriginal joke at this point, it’s not even accurate. Just a few days ago, President Trump ordered the deportation of one of the last living Nazis in New York. How could a literal Hitler be advocating that?

Then again, it’s not like anything else in the world of Preacher makes sense. Somehow they find an excuse for another scene of Tulip (Ruth Negga) calling God a “dick,” even in the finale. The show desperately wants to be edgy with its humor even though its material just seems like slightly more vulgar MSNBC opinions. Fortunately, the season is finally over. That certainly makes America great again.