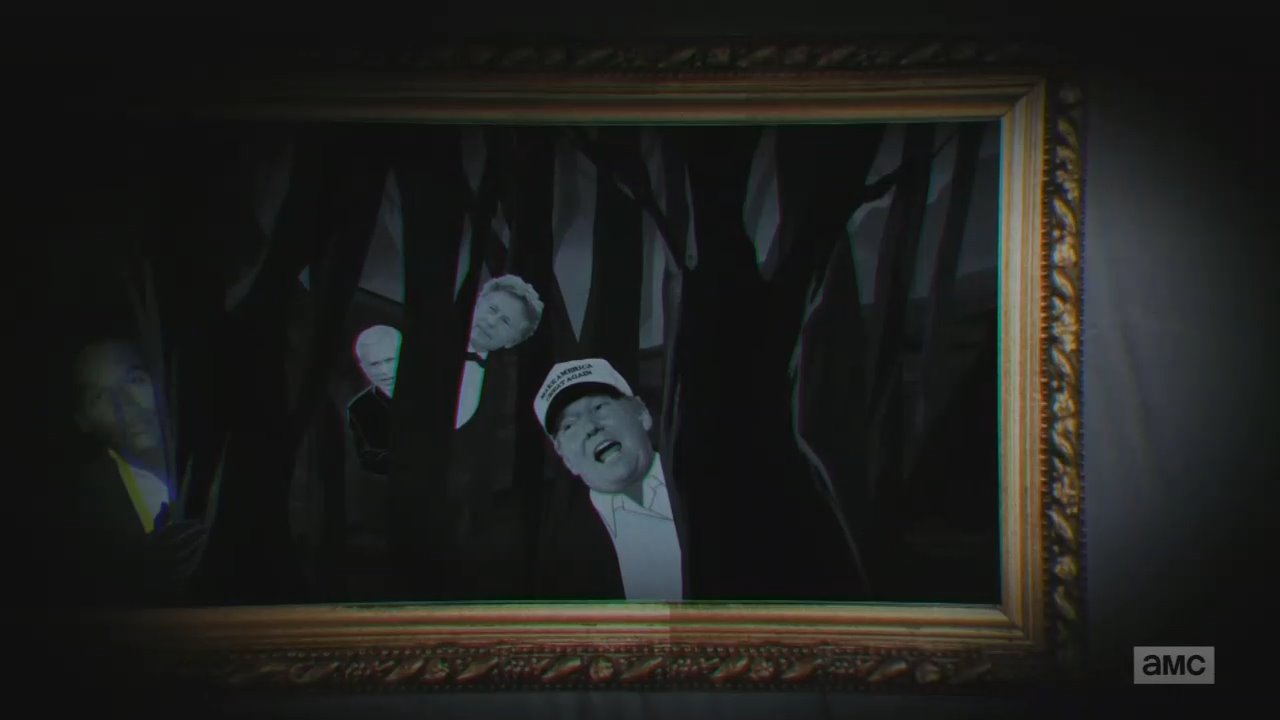 If anyone else was tired of the cliché oppression games of last week’s episode, we’re in luck. This week, we jump back into the pure “hating men” narrative of AMC’s Dietland. Because in the world of Dietland, that’s all that matters. That and, apparently, dissing Trump.

The July 16 episode “Rad Fatties” kicks things off right away with an animated sequence on the state between men and women, dubbing each the “outies” and the “innies,” respectively. Of course, it divulges into how the “outies” get away with terrible things and have a bunch of terrible people who aren’t punished by society. It even manages to pull a Trump slam as they show him among the “the very worst outties," lumped in with predators like Harvey Weinstein and Bill Cosby.

Plum: The die was cast with Adam and Eve. One's an innie, one's an outtie. The outtie acts all "Outtie." And builds fires and stuff, while the innie gathers and communicates effectively. Oh, and makes people. Literally. They both have essential skills. They need each other. I should mention that some people are born outtie but with innie parts, or the other way around, or sometimes no parts, and in a huge range of colors and-- It gets complicated. Let's just say that outtie stands for "They with all the power." Because like Maslow said, after air, food, and water, it's all about safety. So brute force wins for human survival, and for years and years we celebrate the outtie. All hail the outtie! Until somebody invents machines. Now, machines do a lot of what the outtie used to do, including killing people. Suddenly, penis power isn't so essential, so undeniable.

None of this escapes the innies, and frankly, all the gathering, it's starting to get old. The innies want more. They start howling about how they want equality and about some of the really bad crap that the outties have been getting away with for years. And yeah, a few of the very worst outties get sent to think about their wrongs on their own personal iceberg. But the iceberg has cable and a five-star chef. What a reckoning, huh? Think that kind of so-called punishment is gonna make lasting change? What changes things is power-- who has it and how you use it. Are you a good witch or a bad witch?

Just like the previous episode, every single man and every single woman (and apparently the transgendered) are lumped into groups and judged from there. All men have power and want to keep it, all women are oppressed and want more power, and all the “very worst outties” get away with everything. Way to go with a fundamental misunderstanding of history, but a kudos for daring to start at Adam and Eve. It's not like they show Judeo-Christian ideas in any other episode.

Dietland wants to portray itself as a dark satire by showing the extreme angles of society, but it’s getting harder and harder to tell what they consider to be fake. We’ve had feminists on the show claiming they need to murder to take back power and demanding female-only presidential candidates. Add in the Trump slams and are they sure they don’t take plot lines from The Daily Beast?