Euthanasia Drama Claims Death Can 'Be a Party' 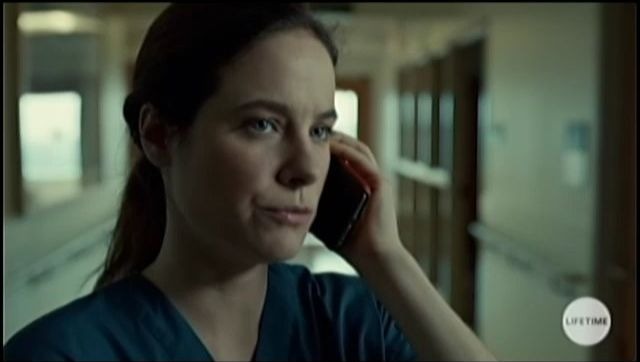 Rarely is there a show that seems to revel in its backwards, borderline evil logic. The latest episode of the Lifetime series Mary Kills People only dives deeper into its awful nature by highlighting death as - get this - a party.

The April 2 episode “Ride or Die” continues the story of Dr. Mary Harris (Caroline Dhavernas) being tracked by the police for her nightly activity of killing people. Does that stop her in the slightest? Not at all! Within her own hospital, she still consults a cancer patient on the subject of taking his own life.

After excuses like offering dignity in death, quoting the Bible, or claiming to not kill people would be torture, this latest patient receives possibly the worst argument of the series: death can be like a party.

Mary: How are you, Brendan?

Brendan: It's making me sicker.

Mary: It's buying you time.

Brendan: I've never given up on anything in my life, but I feel like giving up.

Mary: Maybe giving up is okay.

Brendan: Then why does it feel so bad? Like I'm not being true to myself?

Mary: You can stop the chemo, go home, be with Germaine, with family.

Brendan: Just lie there and wait to die? I didn't think I'd go out like this.

Mary: In Mexico, they have a festival called the Day of the Dead. There are parades, and people bring food to the cemeteries to encourage the souls of the dead to visit. It's a celebration.

Mary: Death isn't bad. It doesn't have to be. It's part of life. And you can say good-bye the way you want, live your death as you would your life.

Brendan: I would want it to be a party.

I must admit, that is a new angle. It’s also perverse, selfish, and somewhat offensive to the Mexican holiday. I dare Mary and this patient to go up to anyone at a Day of the Dead celebration can claim their loved ones’ deaths could have been a party or performance. Something tells me it wouldn’t work well outside the liberal bubble of television.

Meanwhile, Des (Richard Short) spends some time with young terminally ill patient Josh after convincing him to put off euthanasia for a bit. Although Josh and even his parents are set on him eventually “dying with dignity,” Des argues that there is still a way to live with some dignity as well. In exchange for not immediately performing the euthanasia, he offers to help teach the kid how to live by convincing him to speak to his crush. The interaction goes well until Josh suddenly collapses and tells Des, “I’m ready for what you promised me.” The initially doubtful Des quickly turns back into Mary’s reliable partner and pleads for her help in killing the young man.

Des: Hang on. Joshua, mate, you okay? Now we need to get you to a hospital.

Josh: No, Des. I'm good. You were right about today. I'm ready for what you promised me.

Des: I got rid of the medicine, Josh.

Des: I need you to bring me some medicine--the medicine.

Des: I chucked all mine. I'm with a kid named Joshua Yang.

Just like that, any semblance of nuance the show has is gone. Gone is the idea that people should embrace living instead of dying for the cardinal virtue of euthanasia. Instead of celebrating a young man reentering the world, we must now bear cruel witness to his death. I guess in some bizarre universe, the show considers both to be meaningful.

In some ways, this show itself is a bizarre universe of values. It’s a world where death can be a party, and nuance around it doesn’t exist. If anything embodies Isaiah 5:20 (“Woe to those who call evil good and good evil”), it would have to be this series.