'The X-Files' Features Republican (and Democratic) Presidents as Evil Force 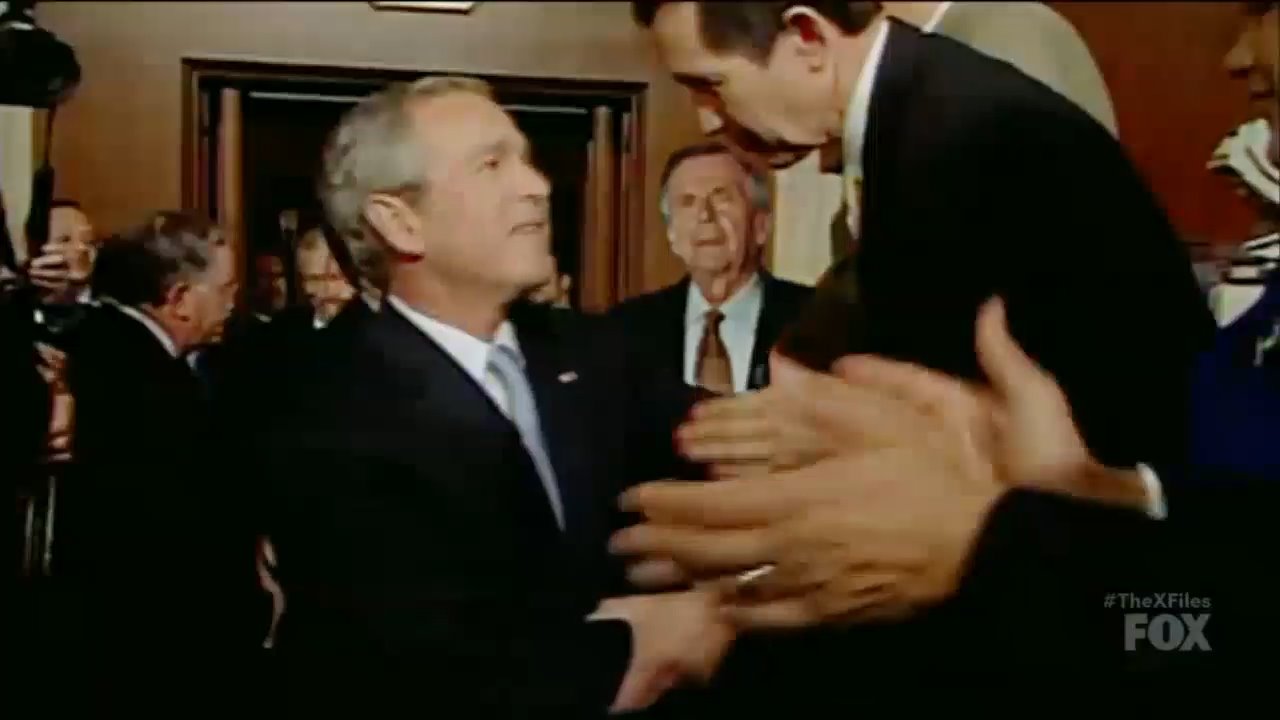 Fox’s The X-Files hasn’t been a stranger to liberal bias in the past, and it looks like that’s not going to change in 2018. The premiere for the show’s eleventh season proves that with the revelation that the series' longtime antagonist is behind some familiar political figures on the right (and some Democrats).

The January 3 episode “The Struggle III” picks up right where the 2016 season ended with Agent Scully (Gillian Anderson) being rushed to a hospital after a seizure. Before we catch up on the fact that the season finale was all just a premonition (seriously), however, we learn more about the identity of the evil, enigmatic Cigarette Smoking Man (William B. Davis).

The montage of this genocidal villain's history just happens to show him in the background of prominent footage of Presidents Ronald Reagan, George H.W. Bush, and George W. Bush. Even President Trump is featured. (Also included are John Kennedy and Bill Clinton.)

Cigarette Smoking Man: I've been a witness to history, much of it violent, much of it an abomination of the values Americans hold dear. I've had a privileged seat at the centers of power, held the reins of that power, making sacrifices few are capable of, of which even fewer are willing. If people knew the truth, they'd riot in the streets. Too much is made of the will to power, as if our will is free, our choices our own. Our destinies are forged in our bones, made real by a raging impulse to self-destruct.

Not wanting to be left out, modern figures like Antifa, Neo-Nazis, Steve Bannon, James Comey, and others also feature in the montage representing the “raging impulse to self-destruct.” I guess the message is if the 24-hour news blocks of CNN and MSNBC aren’t enough to remind us about Trump, we have liberal primetime shows as well. Heaven forbid I go one hour without thinking about politics.

I understand this show is science-fiction, but this feels unbelievable even for a show in its eleventh season. Is everything after November 2016 really worth this much coverage?