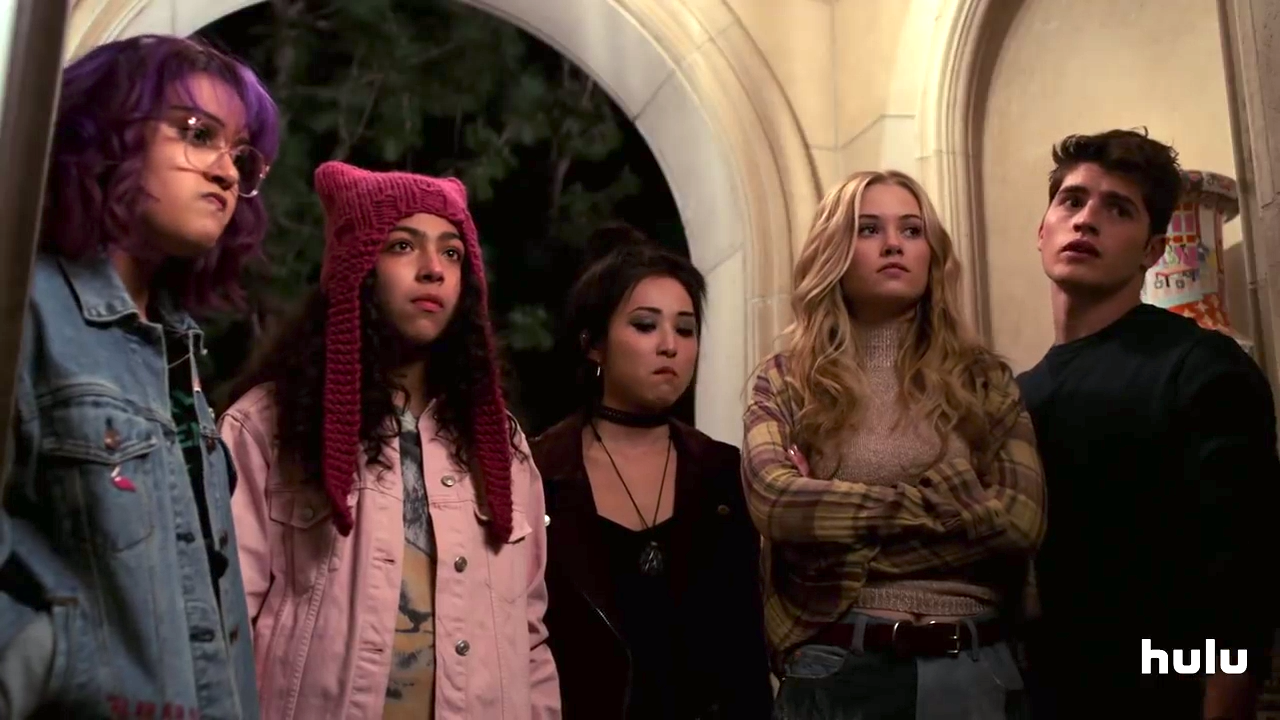 Marvel released the first three episodes of its latest series Runaways on Hulu on November 21, marking the premiere of their first live-action show with a teenaged cast. Unfortunately, with that premise, we are forced to deal with a few missteps in the show’s attempt to be hip and relevant.

The first episodes focus on six high-school students who fear that their parents may be behind something more sinister than they could imagine. Along the way, they discover some unique, supernatural abilities of their own.

The plot is standard enough, closely following the comic book series of the same name. However, since the comic series originally debuted in 2003, there are some necessary updates to make to the material that acknowledge things like Smartphones and other more ubiquitous modern devices from 2017. That's fine, but apparently that includes political aspects as well.

The outspoken character of Gert Yorkes (Ariela Barer) is the quintessential social justice warrior, of course. Right from her introduction, Gert insults her adopted sister Molly’s (Allegra Acosta) attempt to try out for dance squad as “reinforcing hegemonic masculinity while marginalizing women’s identity.” Described as a “riot grrrl" and "social justice warrior” in the show’s description, Gert later works to start a club to help “dismantle the patriarchy” and also comments how “no institution has been as oppressive to women as organized religion.”

Molly's last name has been changed from Hayes to Hernandez in an effort to increase diversity and, though her character is known for wearing animal hats, her pink pussy knit hat takes on obvious new meaning.

The young actresses of Runaways like to think that their show contributes to the Trump resistance, according to Newsweek:

The show, says Barer, “is a wonderful metaphor about rebelling and resisting,” particularly at a time when the harassment and abuse of women makes daily (hourly) headlines. Acosta takes it one step further: Runaways is also a form of resistance to President Trump’s sexist rhetoric. “We’re contradicting him,” she said. “It’s a coincidence, but that’s what happened. We’re showing that we relish our race and our gender, that we can be our own superheroes.”

“It’s never us sitting around talking about Trump,” said Barer, despite her character’s frequent politicized rants. But, as Gardner added, for the message, the timing is fortuitous. “His presidency is forcing women to stand up and be heard,” she said, “and that’s what the show is about. I think it resonates more strongly because of him.”

Considering this is a ten-episode season, I fear the worst is yet to come. We already know we have Marvel's first lesbian superhero couple on TV to look forward to, what's next on the SJW agenda?