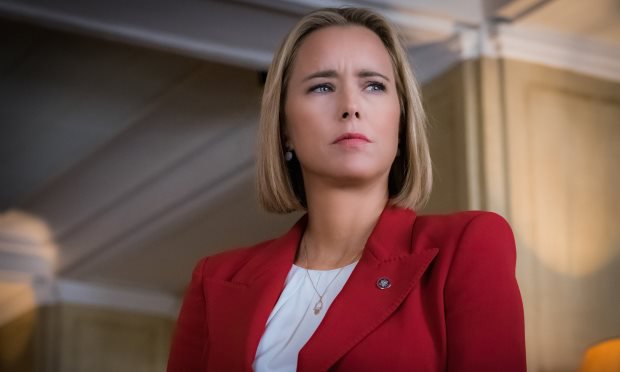 We’ve heard all the usual warnings about the dangers of global warming, like rising sea levels and uncontrollable weather patterns. However, the reemergence of smallpox was a new one for me. CBS’s Madam Secretary dives into that latent threat in the latest episode.

The November 19 episode “North To The Future” begins with a Russian ecological dissident escaping to the United States only to later be diagnosed with smallpox. With Russia being one of the few countries that carries a sample of the extinct disease, the U.S. administration quickly accuses the country of biological warfare, though the Russian ambassador firmly denies it.

However, with the help of retired U.N. Ambassador Kat Sandoval (Sara Ramirez), they soon discover that Russia wasn’t behind the spread of smallpox, Mother Nature was. Or at least that’s how Secretary of State Elizabeth McCord (Téa Leoni) explains it to the president.

Dalton: How does an eradicated disease just show up in Siberia?

Jay: The permanently frozen soil under the topsoil in Arctic regions.

Elizabeth: Permafrost is so cold, organic matter inside anything that dies in the Arctic doesn't decompose. Carbon dioxide in plants, anthrax inside infected reindeer, smallpox in humans, remains frozen in the ground, dormant.

Jay: Until the permafrost thaws, like it's doing in Siberia. Then, it all gets released.

Elizabeth: And the Arctic is warming twice as fast as the rest of the planet.

Dalton: So Russia isn't weaponizing smallpox. The Earth is.

Elizabeth: If we don't act fast to work with Russia to contain this, we could be looking at a global pandemic.

First of all, considering real-life measurements on the Arctic ice caps and permafrost have fluctuated in the past, I’m certainly not taking a fictional show’s word on climate science. Second of all, if floods, hurricanes, lack of crops, and uninhabitable temperatures in disaster movies weren’t enough to convince people climate change is a threat, what makes the show think adding smallpox to the mix will help? Finally, just like their attention on "fake news," the refugee crisis, and the non-essential government employee, this plot only shows how drastically out-of-touch with reality Madam Secretary continues to be.

The show spends the rest of the episode diving into methods to stop the melting process in Russia despite their current hostile relationship with the United States. After sending in their proposition to reintroduce a wooly mammoth-like species to the permafrost areas (I’m being serious), we’re left wondering just how much more alarmist they can be in portraying the effects of global warming to us science-intolerant knuckle-draggers. I expect the next time around might include locusts.