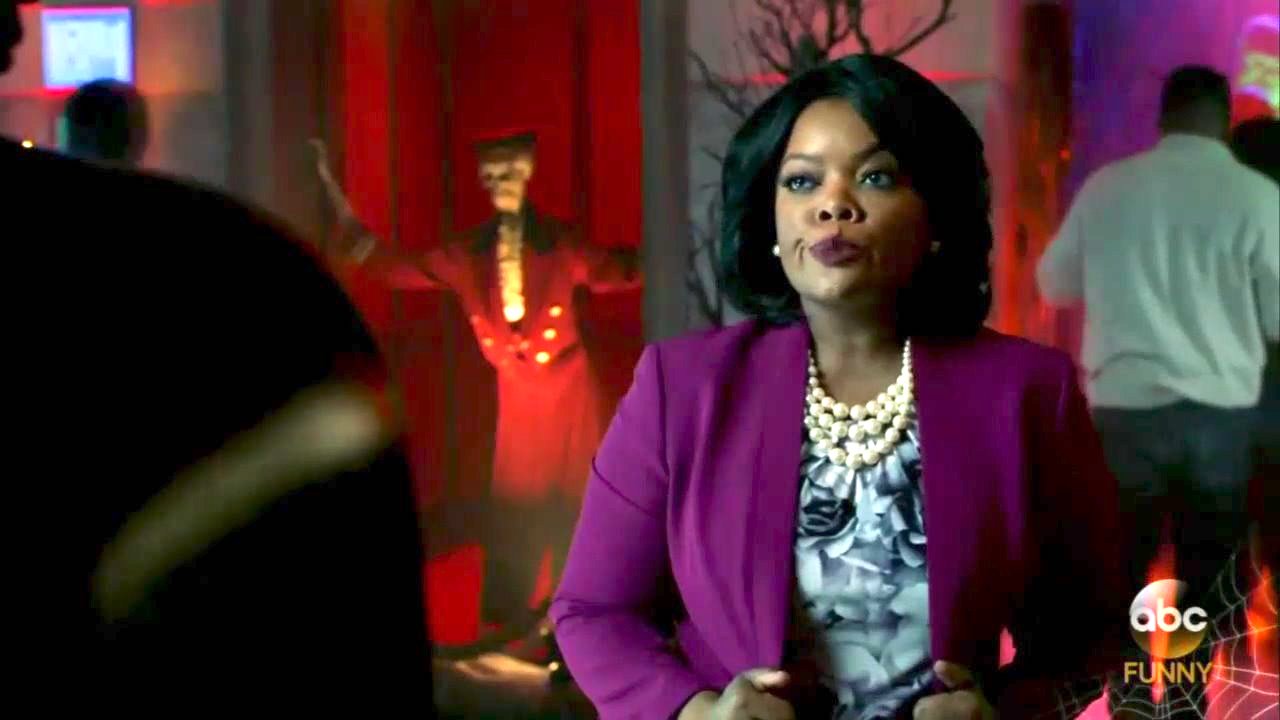 ABC’s The Mayor continues to lower my expectations by falling from a semi-decent comedy to another run-of-the-mill left-leaning political sideshow. Just when it manages to be passable, the show reminds me just what side of the political spectrum they cater to weekly. This time, it’s a costumed appearance of people’s favorite “new” member of the Resistance Congresswoman Maxine Waters.

The October 24th episode “City Hall-oween” takes place in a city hall Halloween party hosted by Mayor Courtney Rose (Brandon Michael Hall) to provide a safe night for kids. It’s innocent enough until Courtney’s mother Dina (Yvette Nicole Brown) shows up in probably the scariest costume I’d see at a party: The "mighty" Congresswoman Maxine Waters. She wants to go play pranks and tricks on some kids, but it's the costume that's more likely to give nightmares.

Valentina: Do you want to get some candy? I love connecting with youth.

Courtney Ma, this is great! It's exactly how I remember, you know, just bigger, and I'm the mayor. I never got to thank you for what you did back in the day.

Dina: Oh, that's enough. Okay. Now, if you excuse me, I got to go, uh, give these kids some nightmares. Put 'em all in therapy.

Courtney: How you supposed to scare anyone dressed like Phylicia Rashad?

Dina: Boy, I am not Phylicia Rashad. Who am I?

Dina: I am the mighty Congresswoman Maxine Waters.

Courtney: No one's ever gonna get that.

Jermaine: Whoa, Maxine Waters, look out! She's about to reclaim her time!

Jermaine: Stop spinning me so hard.

The only nightmare coming from that is remembering that an entire political party believes that someone who compares the GOP to the KKK and serving in Congress for nearly three decades would need to “reclaim her time.” Then again, if that is really where liberals are looking for their future leaders, maybe things aren’t as bad as they seem.