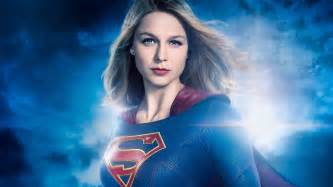 The finale to The CW's Supergirl was thankfully focused more on action than politics despite what its title "Nevertheless, She Persisted" would have us believe. However, the final episode of the politically-charged second season still could not avoid a few glaring missteps as it flies off into the summer.

First of all, the May 22 episode begins with an all-out brawl between Supergirl (Melissa Benoist) and Superman (Tyler Hoechlin) which Supergirl narrowly wins despite Superman's superior strength and experience. Superman himself admits that his female cousin beat him at full strength and earns the title of "Champion of Earth." I will admit that's obviously not the most political aspect of the show as Superman has been defeated by a number of unexpected opponents in the comics, but this questionable and obviously feminist setup pretty much sets off the uncomfortable tone you'll be feeling for the rest of the show.

Following this, Supergirl faces off against the evil Queen Rhea (Teri Hatcher) for the planet's safety while the Daxamite armies lay waste to the city. Superman teams up with an ally the Martian Manhunter (David Harewood) who agrees to help under a Martian phrase which translates to "stronger together." In this world, I'm sure that's still an inspirational phrase, but the Clinton-Kaine campaign has officially killed any dignity those words might have had.

In other developments, Alex (Chlyer Leigh) is inspired from the chaos to finally propose to her girlfriend Maggie (Florinna Lima) after coming to terms with her sexuality. Yep, not only has that forced-in "diverse" relationship continued, but we can now expect a full-blown gay wedding in the next season. Just like superheroes, liberal biases can never die.

Finally, following the success in defeating the alien armies, the media accentuates the work of Lillian Luthor (Brenda Strong), the evil figure behind the mass deportation scheme earlier this season, as a positive force in the victory after creating a device to destroy the invaders. This leads Cat Grant (Calista Flockhart) to refer to the headlines as "fake news"... even though everything they said is true. I'm all for calling fake news as I see 'em, but save it for when the media actually lies rather than supports someone you hate. Trust me, you wouldn't have to wait long.

I'm surprised that the finale was able to avoid awful overt political positing after episode upon episode of clear and unashamed bias, but disappointed that they still felt the need to sneak in those political buzzwords and liberal agenda.