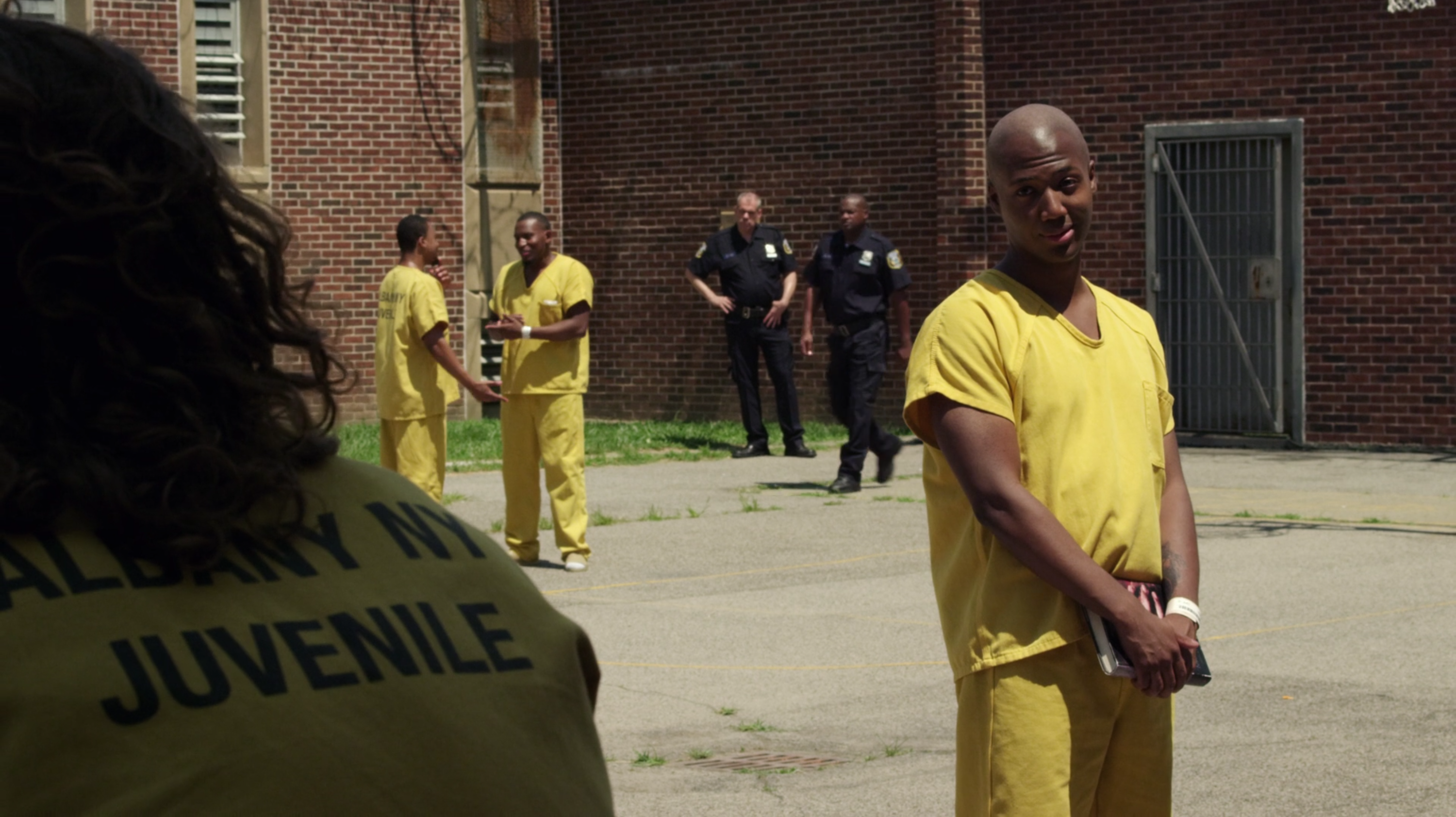 Hulu’s original series The Path is halfway through its second season, but fortunately for us, they still managed to squeeze in a little questionable behavior for us to cover. This time, the show took time to briefly cover the hardly-discussed topic of systemic racism in prison. They’re so considerate.

On Wednesday’s episode “Why We Source,” the issue stems from Eddie’s (Aaron Paul) teenage son Hawk (Kyle Allen) being arrested after trespassing and throwing a rock through a wealthy woman’s home for allegedly poisoning the water supply (already off to a fantastic start). He’s placed in a juvenile detention center where he soon hears the sermon of a fellow prisoner named Samuel (Hubert Point-Du Jour).

First of all, kudos to this Black Power tattoo-sporting, The New Jim Crow-reading, Malcom X-protégé for mentioning the way-too-high number of deaths in Chicago and even how it disproportionately affects black people. But that’s really where the congratulations stop. Samuel’s so eager to point out black people’s strife is “because that’s the way the system works” that he seems to ignore a few details like the fact that most homicides against black people are committed by black people. Would it be racist to arrest them even though they’re black or is it racist to ignore the victim because he’s black? I doubt Samuel’s crime was completely innocent.

Granted, you also have to keep in mind that the only other white prisoner in the place attempts a sexual assault of Hawk in the middle of the night which leads to a prison fight. And Hawk apparently proves Samuel's point about "the system" when he gets out of the center thanks to his parents’ involvement just two days later. Readers, I’m starting to get the idea that white people suck.

I also shouldn’t leave out the off-hand comment by FBI Agent Abe (Rockmond Dunbar) who compares the craziness of the Meyerist Movement cult to his wife believing “a virgin gave birth to a son” and dismisses his partner for remarking that “that was real.” Yes, one of the world’s largest religions practiced by literally billions over the past two thousand years is perfectly comparable to a random cult. How crazy was I all my life?

The Path generally centers around a man leaving his cult behind after losing faith in its misguided beliefs, but the show apparently still wants to push a few misguided beliefs of its own. Luckily for me that I don’t like Kool-Aid.