CBS Comedy 'The Great Indoors:' Millennials Are Like 'Flowers that Wilt in the Shade of Criticism'

Thursday night’s episode of The Great Indoors may have aired during a national holiday, but that didn’t stop the show from working overtime against the PC world of 2016. This week, we see the mocking of not only the fragile Millennial ego but also the inane acrobatics of diversity hiring procedures where dumb ideas have a safe space.

In the episode “No Bad Ideas,” Jack Gordon (Joel McHale) finally completes his human resources sessions from the pilot that gives him the ability to take charge of his co-workers at the online magazine once again. Part of the "Millennial sensitivity training" includes this hilarious video explaining how to work with Millennials.

Man: Hi. Yep, you guessed it: I'm a millennial. Which means I hate labels, like "Millennial." Today, we're gonna teach you how to get the most out of us, like how you can take an ordinary work task...

Woman: Could you please refill the coffee maker?

Woman: I have a dope idea for a Snapchat. It's you refilling the coffee maker!

Man: But first, we'll show you how to manage with P.A.C.E.

Man: Recent scientists have proven that we Millennials are like flowers that wilt in the shade of criticism and blossom in the rays of praise. 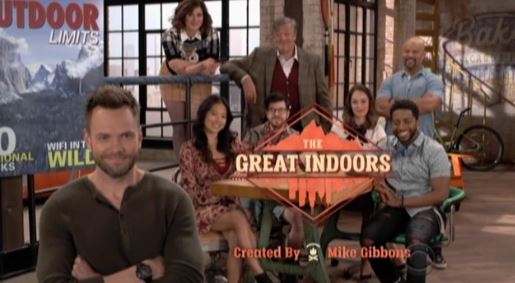 Jack immediately gets threatened with a demotion when he fails to follow the Millennial code of P.A.C.E. (Praise Above Criticism Everytime) and shoots down Clark’s (Christopher Mintz-Plasse) terrible idea for a photoshoot. After that, he is forced by HR pressure to accept the idea despite how idiotic he believes it to be.

A world where only praise is acceptable with no criticism towards people just entering the workforce? What could go right? Turns out, almost nothing since Clark’s photoshoot leads to apex predators running loose in the office. The only thing that is surprising is how it seems that human resources would rather see an office threatened and ruined than turn down an incredibly bad Millennial idea.

In another plot, Brooke (Susannah Fielding) struggles to hire a new intern for the office when the latest “uppity product of nepotism” quits after just one week. Led by the office’s oh-so-adorable inspirational poster proclaiming “Diversity Is Yummy,” she aims to hire a diverse intern with the help of Asian Emma (Christine Ko) and black Mason (Shaun Brown) without offending anyone. While the goal and plan are as obnoxiously shallow as they sound, the episode fortunately turns them into the laugh riot they really are.

Brooke: Okay, so I have all the diversity candidates here. I've arranged them into piles based on the standard diversity categories.

Mason: Wait, you segregated the résumés?

Brooke: Which I now realize was a bad idea. So many qualified candidates: African Americans, Hispanics, some gay people...

Mason and Emma: Whoa! Hold on!

Emma: Yeah, most labels lead to wrong assumptions. Like just because I'm Asian, people assume I'm great at math. But I totally suck at it.

Brooke: Okay, no labels. So, uh, Maria Vasquez, of indeterminate origin. Looks like she actually might be...

Mason and Emma: Whoa! Hold on!

Brooke: What is it this time?

Emma: Uh, you said "She" and attached a gender label to Maria like you didn't get woke two minutes ago!

Brooke: I'm woke! You know I'm woke! Anyway, what am I supposed to say instead?

Brooke: So if I call they "Them," they would appreciate it.

Mason: No, if you call them "them," they'll appreciate it.

Mason: Oh, so now you're outing her?

Emma: Now you're outing them!

Brooke: Okay, me is calling this meeting. By tomorrow, please narrow these 43 candidates down to six.

Emma: So we're only going to meet with 13.95% of the candidates? I lied before. I'm actually incredible at math.

Unfortunately, the show doesn’t aim quite as far in this plot as Brooke eventually hires Sunitha Patel over potential candidate Connor Worthington on the basis of her (their?) name and the fact that Connor wants to “Make America Lit Again.” 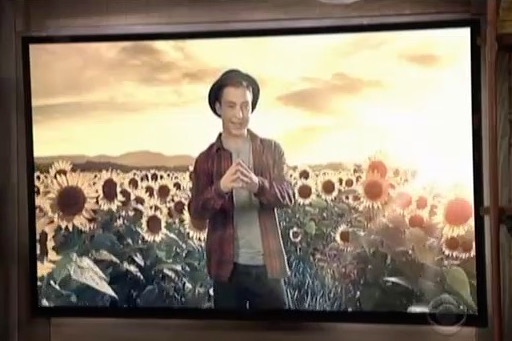 As a Millennial myself, I’m not only insulted by the whiny, presumptuous, and self-centered image some Millennials keep perpetuating themselves but also by those who enable this behavior by believing that Millennials are “flowers that wilt in the shade of criticism and blossom in the rays of praise.” Maybe the magazine believes they can run a company like that, but the real world is only too prepared to criticize people. And without criticism, Millennials will never get past ideas so incredibly stupid.

The highlight of the episode for me was when Clark acknowledges this himself at the end. With someone who has “been overly-praised, under-criticized, and excessively ‘mom’-ed” like Clark, Jack offers to help him discover his actual talents and eventually gain the skills necessary to someday publish his first feature. Yes, even special flowers need some criticism to grow.