The broadcast networks are finally covering the case of Alfie Evans – but only after his death. 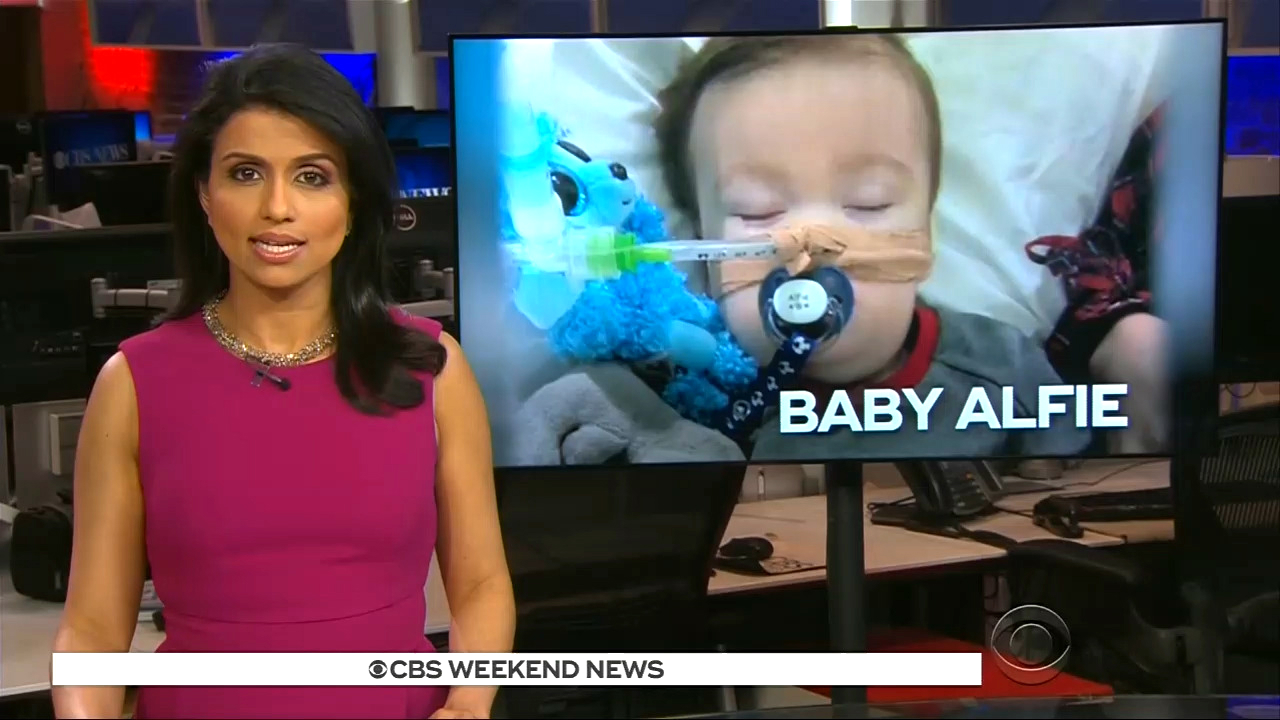 On April 28, British toddler Alfie Evans passed away days before his second birthday. Doctors removed his ventilator against his parents’ wishes April 23, which marked the same day the new royal baby was born. While the networks understandably and rightfully celebrated Prince Louis’ birth, they skipped over the other British child. In total, the networks covered the royal birth 10 times more than they did little Alfie.

Like the new prince, Alfie also boasted international attention. Pope Francis, a vocal advocate for Alfie, reacted to the toddler’s death on Twitter.

“I am deeply moved by the death of little Alfie,” he wrote. “Today I pray especially for his parents, as God the Father receives him in his tender embrace.” 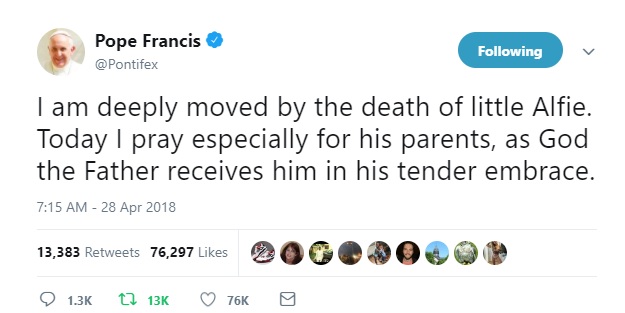 His death came after a long legal battle as his parents, Tom Evans and Kate James, fought for their son’s life. Treated at Alder Hey Children’s Hospital, the 23-month-old suffered from a unknown degenerative neurological condition.

The British courts refused to let Alfie Evans leave the country for treatment elsewhere even though Italy granted him citizenship, the Italian defense ministry had transportation prepared, and a Vatican-owned hospital was ready to admit and treat the child.

On April 13, Alfie’s hospital released a statement insisting that no more could be done for the toddler.

“At each stage of the legal process,” it read, “the courts have agreed with the treating team and the independent expert advisors instructed by the Trust and the family that Alfie’s condition is irreversible and untreatable.”

On April 28, NBC Nightly News Saturday anchor José Díaz-Balart introduced the segment of the “sad passing of the terminally ill British toddler” and the “legal battle, pitting his parents, who fought to keep him on life support and take him out of the country for further treatment, versus doctors who said there was no hope for his survival.”

That same day, for CBS Weekend News, anchor Reena Ninan mentioned that the “baby boy at the center of a legal battle over his medical care passed away overnight in Liverpool, England.”

Both networks mentioned Pope Francis and Charlie Gard. The legal battle over Alfie Evans came less than a year after the similar case of Charlie Gard, a British baby diagnosed with a rare genetic condition. Initially, the networks kept silent on his story, until both Pope Francis and President Trump tweeted about him.

But, beginning on the evening of April 23, CBS Evening News anchor Jeff Glor noted the “special delivery” of the royal baby. And the morning of April 24, during Today, NBC co-host Savannah Guthrie announced the “new little prince” while ABC co-host Robin Roberts mused over “what the new royal baby’s name will be” during Good Morning America.

On April 27, ABC, CBS, and NBC expanded their coverage with the news of the prince’s name announcement.

Methodology: MRC Culture watched the morning and evening news shows beginning the evening of April 23 through the evening of April 29 of the three broadcast networks (ABC, CBS, NBC). For the baby time tally, MRC included stories reported in connection to the royal baby (such as interviews with doctors on childbirth). In addition to full segments, MRC counted shorter commentary in the shows, but not teasers. No evening show aired on ABC for April 28. MRC Culture also searched for “Alfie Evans” in Nexis transcripts.