Young Americans are changing their minds on guns just like abortion, according to one Morning Joe co-host.

Speaking about “conservatives and people who are extreme on guns” during Tuesday’s panel, Scarborough brought up “another issue that they may understand more”: abortion.

American youth support limiting abortion, he said, because of advancements in technology.

“You are seeing poll numbers move on abortion for banning abortions after 20 weeks,” Scarborough said. “Because for the past decade, younger Americans have been going in and they have been seeing 3D imagery where they can look into the womb."

After having four kids, Scarborough slammed activists that call an unborn child a “lump.” For proof, he pointed to identifying the nose of his 9-year-old son, Jack, in a sonogram. He called it an “example of science, technology changing, that is going to change the politics of abortion.”

The issue was a personal one, since Jack was born early.

“You go into the NICU and kids even nine years ago were surviving 24 weeks in,” he said. “This is an issue that culturally is going to change. Americans, younger voters are going to become more conservative on abortion because they see their child very early on in the womb.” 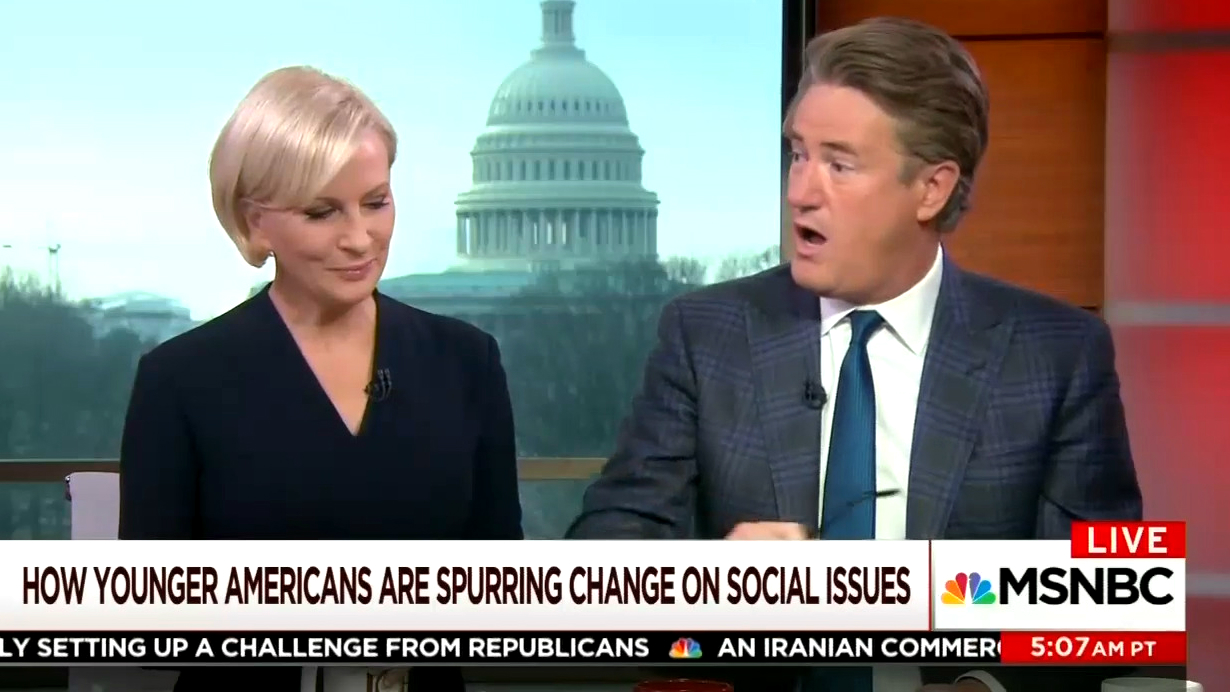 But that wasn’t all. According to Scarborough, youth seeing the unborn and would change their views, just like seeing schools getting gunned down.

“The same thing’s going to happen with guns,” he said. “Your kids are watching other kids getting gunned down in schools. That's going to have an impact.”

“Science is chasing politics in both those cases,” commented Time contributor Michael Duffy, before he brought up Peggy Noonan’s most recent column.

“She had a proposal at the end that was shocking at first when you read it, it basically said ... the left should give on late term abortion and the right should give on some of these gun restrictions, particularly with respect to assault weapons.”

“And that that’s a vote, she said, for life in general,” he concluded. “And she cited young peoples as a changed political factor.”

MSNBC host Andrea Mitchell added, “She is ahead of the curve. In all of these cultural issues, I think, Peggy has a unique sensibility.”