The pro-life movement only cares about people before they’re born, according to Joy Behar of The View. 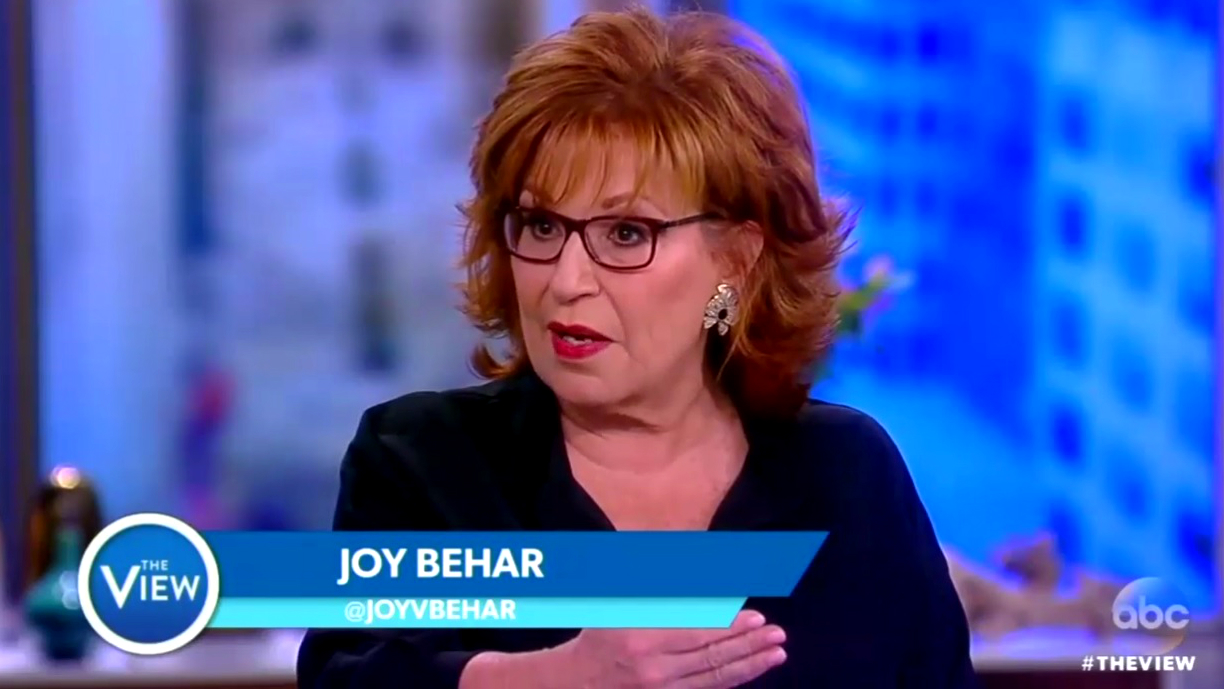 Last week, on Nov. 20, The View ladies discussed the scandal surrounding Republican senate candidate Roy Moore in Alabama – and his backing by evangelicals. Co-host Joy Behar took the opportunity to compare evangelicals who support Moore, who is accused of sexual misconduct, to those who are pro-life.

Co-host Sara Haines discussed what “part of what enrages” her about Moore.

“He has all these values based in a moral campaign, and yet you can turn your head when he’s preying on underage girls,” co-host Sarah Haines said of evangelicals who support Moore. “To me, the idea that you can -- that bothers me more than someone that never claimed to be good at all.”

That led Behar to bring up what she saw as hypocrisy in the pro-life movement.

“It’s kind of consistent, though, in a way, when you think of a lot of these people who are anti-choice,” she said. “They’re very big on the fetus, but soon as the child is born, they don’t vote for additional health for the child.”

“No, they won’t pay for that,” she added, at prompting from Haines, essentially making the argument that bigger government is the only moral choice and overlooking the free help that pregnancy centers offer.

According to Behar, those who want to protect the unborn don’t care about children after birth.

“So they’re really only interested in you before you’re born,” she concluded. “Once you’re born, you’re on your own.”

But not everyone was in agreement with that. Co-host Sunny Hostin responded, “I don’t know, Joy,” while Haines admitted, “that might be oversimplifying.”

“That is what it is, Sunny,” she said. “You know, you say to folks, well, are you willing to raise this kid that you’re demanding I have?”

Hostin took a step back at that – and differentiated between “unborn children” and “children that are alive.”

“I certainly think that there are evangelicals that need to pay more attention to not only unborn children, but children that are alive,” she said.

The segment ended with Goldberg consoling that “we are not talking every evangelical.”

In October, Goldberg insisted that Hostin was pro-choice. Goldberg’s argument contradicted a previous segment where she called herself and the ladies of The View “pro-life.” Hostin has also discussed abortion on The View in the past, saying “other people have their choices.”

In January, The View donned “pussy hats” in support of the pro-abortion Women’s March. The View crew has also called former presidential candidate Dr. Ben Carson “pathetic” for speaking out against abortion and slammed actor Kelsey Grammer for wearing a pro-life T-shirt.