Teen Mom Maddi Runkles Tells Others with Crisis Pregnancies: ‘You Can Do It’

A teenage mother who made nationals headlines last year is speaking out to those who, like her, faced unplanned pregnancies. 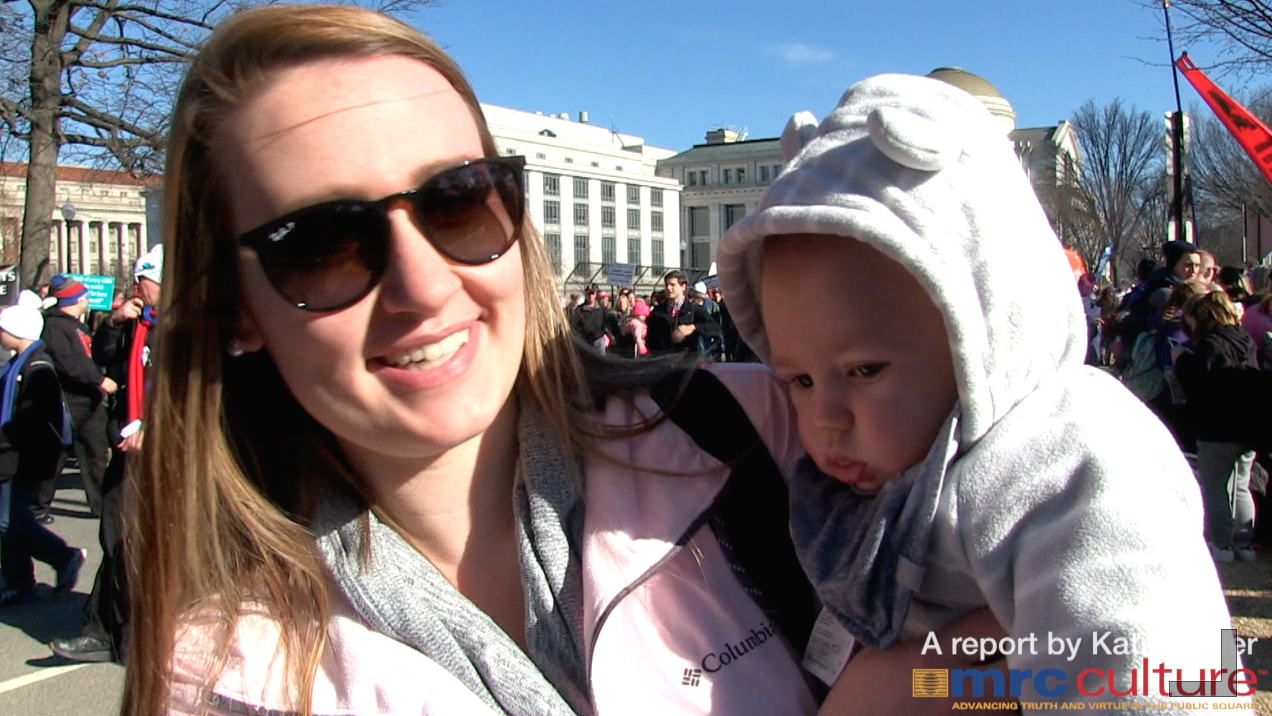 On Friday, MRC Culture spoke with Maddi Runkles at the 45th March for Life held in Washington. Maddi attracted nationwide attention after The New York Times highlighted her story last May. Although the teen from Maryland boasted a 4.0 average and served as student council president, she was banned from “walking” at her Christian high school graduation – after she discovered she was pregnant.

In a rare move, ABC, CBS, NBC and Fox News all covered the story of her and the decision of her private Christian school. Her family turned Students for Life of America, a pro-life group that helped draw attention to Maddi’s story. That gave Maddi a voice to speak out for other teens facing unplanned pregnancies.

"If I were another girl watching someone like me go through this," Runkles said at the time to ABC, "I think I would just run away and hide and cover up what I did and choose an abortion."

But during her interview with MRC Culture, Maddi, holding her baby boy, stressed that pregnant teenagers shouldn’t be afraid. Video below.

“You can do it. It’s not easy, but it really is worth it,” she stressed. “Don’t let anybody get you down. You can still go after your dreams, you’ll just have somebody following you. But it is all worth it.”

She went on to tell the story behind how she named her son Greyson.

“If he was a girl, his name, or the name would have been Grace,” she said of her baby born August 31. “I just to keep the idea of grace in his name.”

While this was Maddi’s first time attending the March for Life, she had always been pro-life.

“Yes, and I never thought that I would ever think abortion was okay,” she said. Although she admitted it had crossed her mind when she first knew she was expecting Greyson.

“When I found out I was pregnant, I knew what I was facing, and I felt like it was the only option, just to get me out of my situation,” she said.

But she chose life. At the march with Students for Life, she urged that being pro-life is important.

“Life is so precious, and I think it’s the one thing that we need to protect. It’s in the Bible,” she said, before advising pro-life Americans to treat those with unplanned pregnancies with love.

“For the girls and the guys even, facing a crisis pregnancy, we need to have compassion and not make them feel like an abortion’s better so they don’t face the judgement and the ridicule,” she continued. “So we just need to make sure that we’re showing them the love of Christ and I think that it will solve a lot of these problems.”

A day before the march, both Maddi and Greyson met Vice President Mike Pence along with others with Students for Life of America. “That was really awesome,” Maddi said of the meeting.

Now a freshman in college, Maddi is enrolled online classes.

In April 2017, Runkles shared the story of her unexpected pregnancy at a Students for Life rally in Washington, D.C. that called on Congress to defund Planned Parenthood. Video below.