Despite seeing pushback from both sides, one pregnant high schooler is choosing life for her “little guy.” 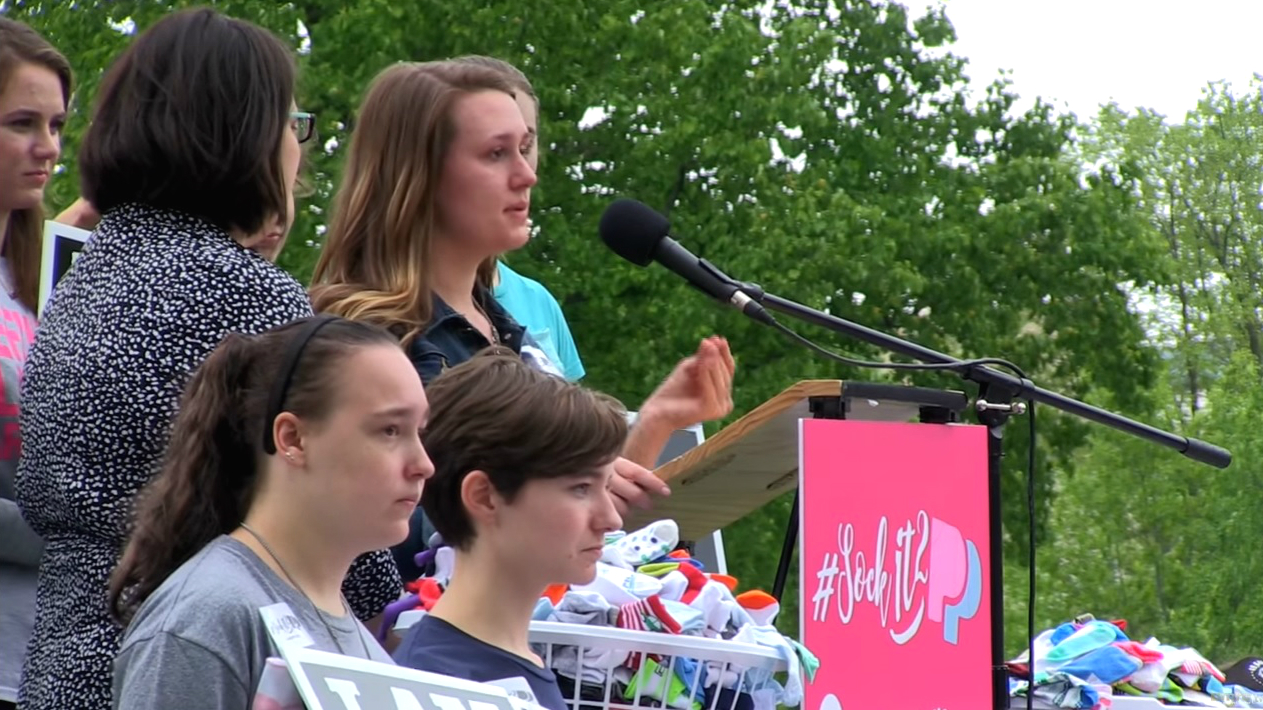 On Saturday, The New York Times Correspondent Sheryl Gay Stolberg profiled high school student Maddi Runkles in her piece “Pregnant at 18. Hailed by Abortion Foes. Punished by Christian School.” The story comes a month after the pro-life heroine delivered a moving speech about her unexpected pregnancy and decision to keep her unborn baby – no matter the cost.

Although Runkles boasts a 4.0 average, joined the soccer team and served as student council president, she was banned from “walking” at graduation by Heritage Academy, a private Christian school located in Maryland. That’s all because, in January, Runkles discovered she was pregnant.

“Some pro-life people are against the killing of unborn babies, but they won’t speak out in support of the girl who chooses to keep her baby,” she told Stolberg. “Honestly, that makes me feel like maybe the abortion would have been better. Then they would have just forgiven me, rather than deal with this visible consequence.”

But Runkles is adamant about keeping her baby boy – and she isn’t without supporters.

In April, Runkles shared the story of her unexpected pregnancy at a Students for Life of America #SockIt2PP rally. The Washington, D.C. event hosted pro-life leaders who called on Congress to defund Planned Parenthood while surrounded by a visual message at the podium: 196,543 pairs of baby socks. The sock mountain represented roughly half the number of abortions that Planned Parenthood commits per year.

Maddi’s speech consisted of the following:

Hi, I’m Maddi Runkles. I’m 18 years old. I’m really sorry if I cry. I’m 18 years old and I found out back in January that I was pregnant. I’m a senior in high school and I have my whole life ahead of me. And for a brief period of time, I did consider abortion. Because I believed all the lies Planned Parenthood told a girl like me. That you can’t do it, that you can’t accomplish your dreams, your whole life is ruined.

And I look at all these socks, and that could have been my baby. But I choose to let my baby wear these socks. I know it’s going to be hard, I know it’s going to be really hard, to still accomplish all my goals and all my dreams. But I get to have a little guy following right next to me. And we get to do it together. When I found out I was pregnant, I was scared of the embarrassment that I would face. I’ve been told by pro-life people that I still can do it and I have made a mistake.

And Planned Parenthood, I’m a perfect target for a girl that would come to their clinic and ask for an abortion. They wouldn’t support me, they wouldn’t help me, they would tell me I need to get rid of the baby, because it’s ruined my life, and I can’t accomplish anything. But that can’t be further from the truth. I’m a college student right now, I’ve been going to high school, I’m taking college classes, I’ve accomplished a lot, I’ve gotten involved with Students for Life, another ministry called Embrace Grace which helps girls in my situation.

And Planned Parenthood is all about women’s rights. But I can’t think of anything that is less empowering than telling a woman that she can’t do it. I chose life for my child, and I chose not to believe the lies that Planned Parenthood told me. Congress needs to give the opportunity to other women and their babies and defund Planned Parenthood and take all their tax money away.