While many in the media have given embarrassingly small coverage to the largest annual march in Washington, D.C. in years past, the growing list of big name speakers makes the 2018 event increasingly difficult to censor. 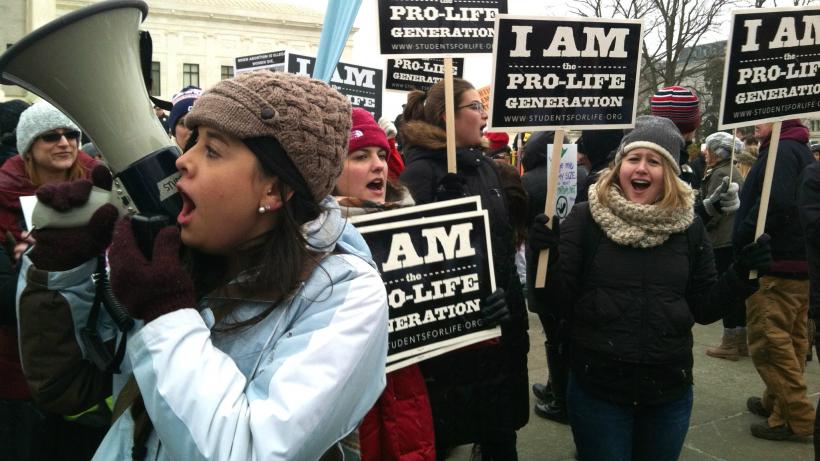 On Wednesday, the March for Life announced that House Speaker Paul Ryan would address the 45th annual March for Life on January 19. He joins three other congressional representatives on the confirmed speakers list.

The March for Life condemns abortion and celebrates human life around the anniversary of the Supreme Court’s 1973 Roe v. Wade decision. Regardless of the weather, the march regularly attracts tens of thousands to hundreds of thousands from across the country. Still, the networks have routinely overlooked the event in years past.

The president of the March for Life, Jeanne Mancini, welcomed Speaker Ryan.

“It is an honor to have Speaker of the House Paul Ryan address the 45th annual March for Life,” she said in a statement. “Speaker Ryan has been an unwavering champion for the pro-life cause since taking office, and continues to utilize his post to promote the inherent dignity of the human person at all stages of life.”

She expressed hope that he would lead the pro-life movement in 2018.

“We are grateful for the significant strides U.S. Congress made in the last year to protect and defend the most innocent among us, and are confident that 2018 will see even more pro-life progress with Speaker Ryan leading the charge,” she concluded.

Later this month, the March for Life is anticipating more than 100,000 Americans from across the country to attend the “demonstration that seeks to stand against the greatest human rights violation of our time – abortion-on-demand.”

The theme of this year’s March for Life is “Love Saves Lives,” to capture the “true spirit and mission of the pro-life movement by enlisting the power of love to empower others to choose life.”

“Women have that incredible strength in them to choose life,” Mancini told MRC Culture in October. “And often, that’s just all they need to hear, is ‘You’ve got this. You can do this.’”

In regards to the media reporting on the march theme, Mancini hoped for more coverage on pregnancy centers.