It isn’t just the Women’s March on Washington that’s excluding pro-life women; the liberal media are doing the same during their nationally broadcast coverage of the event.

On Tuesday, ABC anchors and correspondents unabashedly praised the Women’s March on Washington during Good Morning America. They repeatedly highlighted the “grandmother who started it all,” and “sparked” the “female-driven” march for mothers, daughters and families to “voice their concerns.” 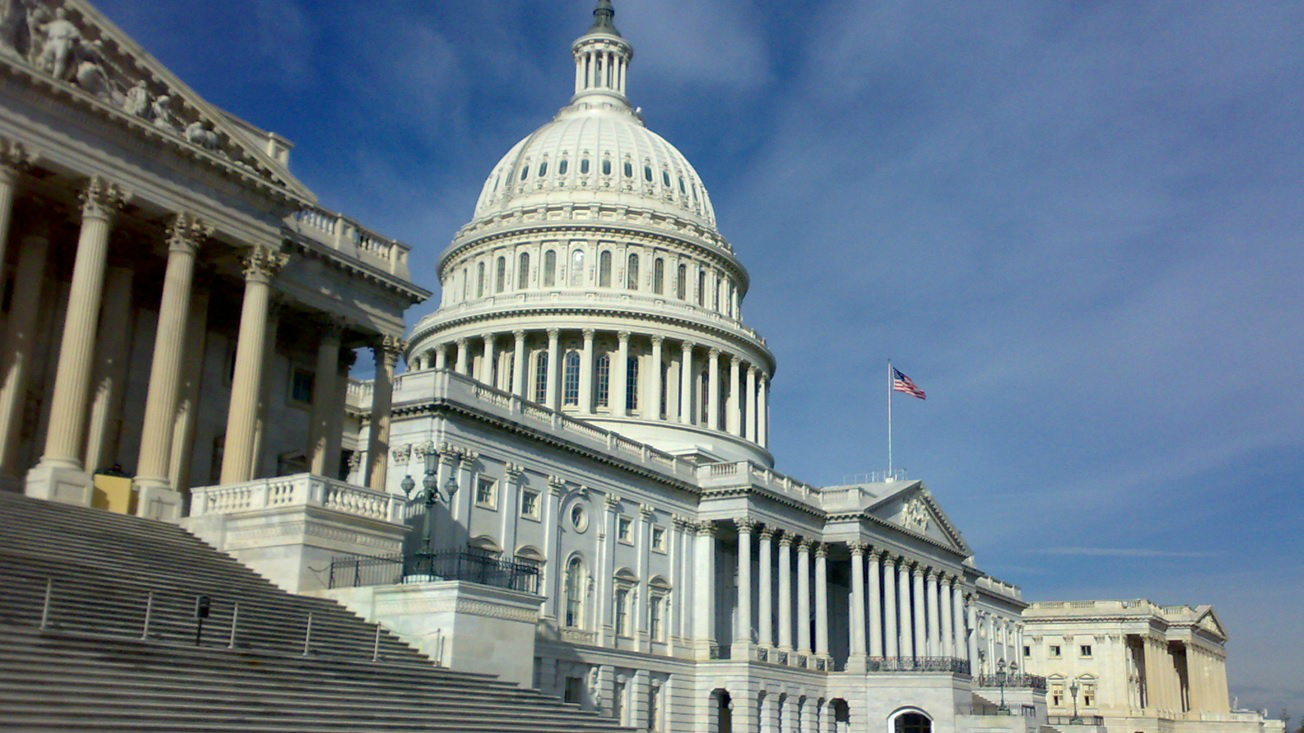 The day after the inauguration, the women’s march promises to bring thousands of women together to “send a bold message” that (as Hillary Clinton once said), “women’s rights are human rights.” Except, according the march’s pro-abortion platform and its behavior towards pro-life groups like Students for Life, “women” doesn’t include all women.

And on Monday, march organizers removed the women’s group New Wave Feminists from their partner list after they discovered the organization was pro-life. (Of course, they still boast Planned Parenthood and NARAL as partners.)

ABC didn’t mention the exclusion of pro-life women from the march once in its report.

Instead, anchor Robin Roberts began the GMA segment by lauding the “movement” that “was started by a grandmother” before turning to congressional correspondent Mary Bruce.

“Friday is the big day here in D.C.,” Bruce said of the inauguration, before adding, “but so is Saturday” with “hundreds of thousands” that “are expected to gather right here to voice their concerns on the first day of the new Trump administration.”

“It's a protest that started with women, but has come to encompass many causes,” she hyped, “growing so large that the grandmother who started it all tells us she's flabbergasted.”

Bruce went so far as to speculate that the march might be “one of the largest demonstrations ever in the nation's capital.” “Hundreds of thousands, mothers and daughters, from around the country are headed to D.C., turning their election-night concerns into a positive movement,” she gushed. 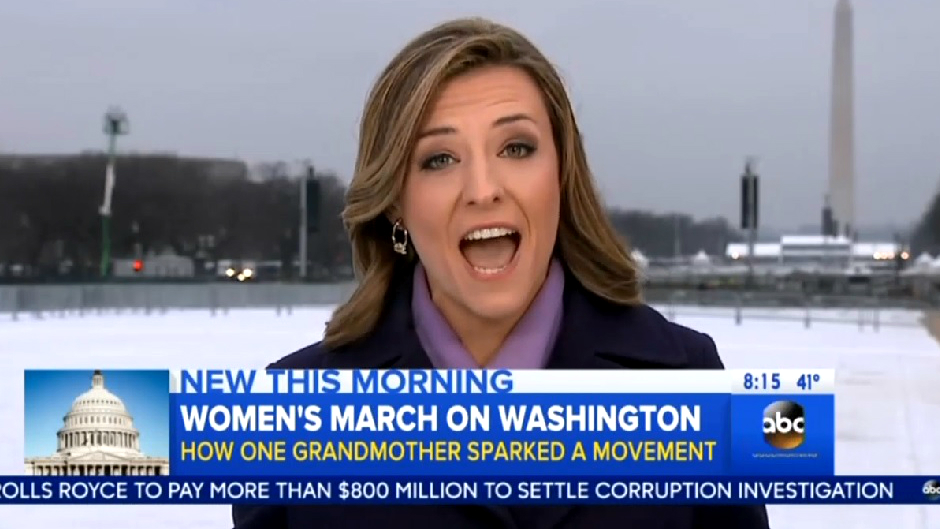 Sadly, the broadcast networks don’t care about the “largest demonstrations ever,” unless it fits with the liberal agenda. Happening just a week later in D.C., the March for Life (poorly covered by the media, if at all), condemns abortion by celebrating human life on or around the anniversary of the Supreme Court's 1973 Roe v. Wade decision. The even annually attracts between tens of thousands to hundreds of thousands of marchers.

But instead of addressing that, Bruce delved into the background of the “female-driven” march “sparked by a single Facebook post.”

“Disappointed by Trump's win on election night, 60-year-old grandmother Teresa Shook from Hawaii took to Facebook in hopes of becoming a small voice for women's rights, and with her four granddaughters in mind she wrote five simple words.”

Shook herself appeared on camera. “I wrote,” she said of her Facebook post that went viral, “I think we should march.”

Bruce also spoke with some of the co-chairs of the march.

“Helping fan those flames, the four co-chairs of the women's march organization that have been working non-stop since Election Day to turn that Facebook post into reality,” Bruce introduced them. “But the scope of the march is now so much bigger than election-night angst. With many groups coming to voice their concerns about the incoming Trump administration.”

Bruce also stressed that the organizers saw the march as “about families, as everyday mothers and daughters work[ing] together for a common goal.”

To prove her point, she told the story of Nikki Powers, traveling from Colorado to Washington, D.C. with her co-workers and a 14-year-old to attend the march.

And for those women who can’t make it to D.C., Bruce reported that “Over 270 sister marches will be happening simultaneously in all 50 states and in 33 countries around the globe.”

Coming back to Shook, Bruce reiterated, “she tells us she hopes her story can remind people that with just a few words one person can make a real difference.”

While she admitted the march had critics, Bruce defended the event.

“Donald Trump has promised to unite the country vowing to find common ground and bring people together. And critics say it's simply too soon to be holding a protest the first day after the inauguration,” she said. “But, guys, those organizers tell us they say it's never too soon to speak up for a more just and fair America.”

A “just and fair America” that recognizes neither pro-life women nor women in the womb.

“They want to make sure that their voices are heard right away and we've heard some, Mary , from so many who have said that -- illustrated in your piece bringing their daughters and going to be there and be a part of this,” Roberts praised.

When Bruce simply nodded her head in response, Roberts laughed at her saying, “she agrees.” Co-anchor Lara Spencer commented, “I believe she’s all in” with co-anchor George Stephanopoulos agreeing, “yes, she is.”

Throughout the segment, ABC played home videos of attendees declaring why they will march on Saturday. This isn’t the first time the network has mentioned the march. Nor is it likely the last.