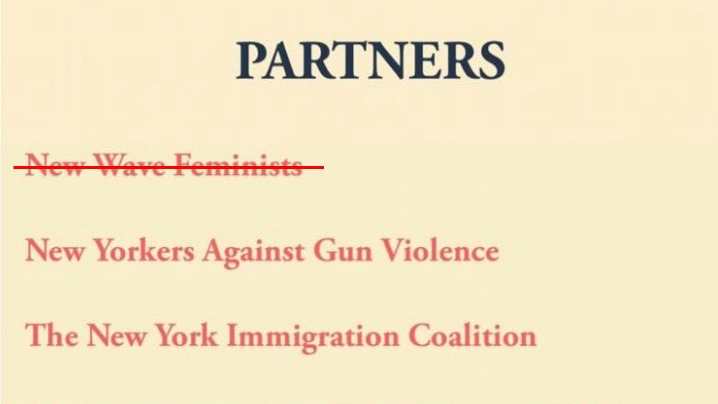 The Women’s March on Washington’s message could not be clearer: “women” does not include pro-life women or women in the womb.

The day after the inauguration, the women’s march promises to bring thousands of women together to “send a bold message” that (as Hillary Clinton once said), “women’s rights are human rights.” Except, according the march’s pro-abortion platform and its behavior towards pro-life groups like Students for Life and, now, New Wave Feminists, “women” doesn’t include all women. 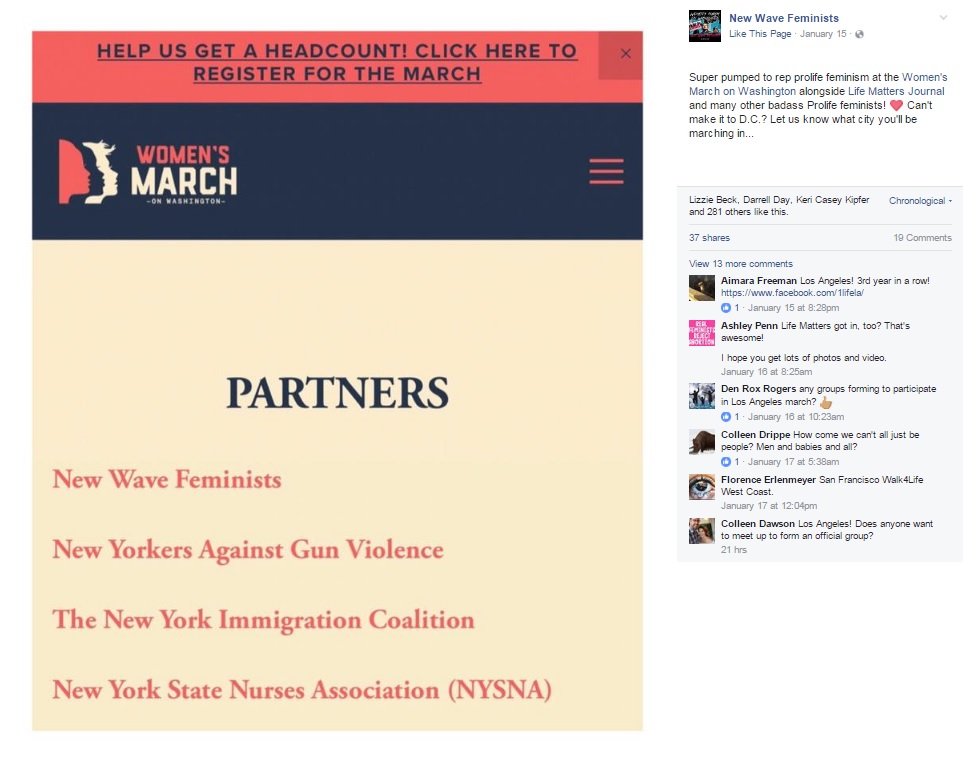 The group, led by Destiny Herndon-De La Rosa, made headlines when an Atlantic story declared Monday morning that, “These Pro-Lifers Are Headed to the Women’s March on Washington.” 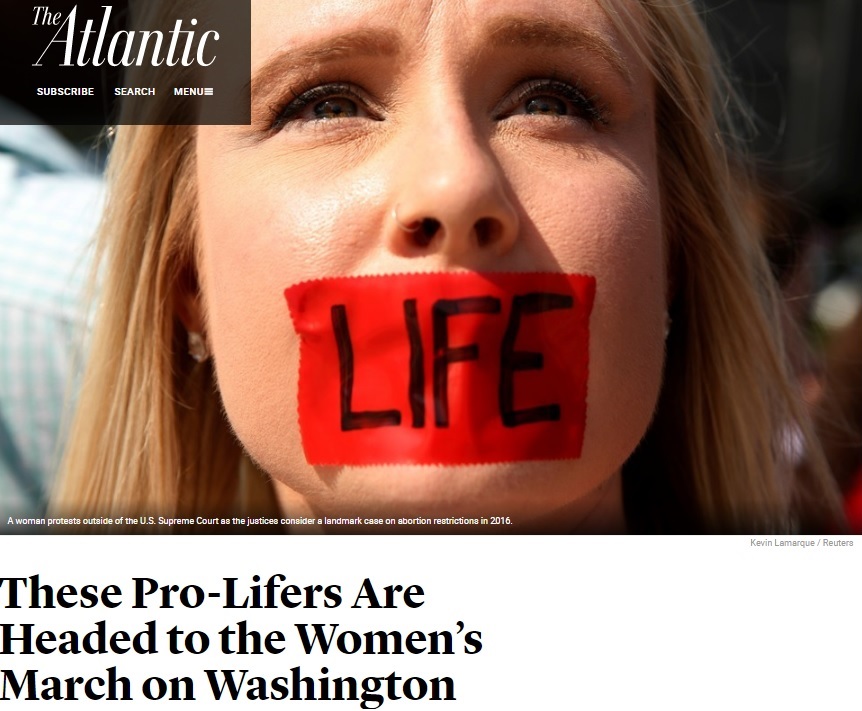 “For their part, the [march] organizers say pro-lifers will be welcome to march on January 21st,” wrote staff writer Emma Green.

But hours later, New Wave Feminists had disappeared from the march's partner list (that boasts organizations like Planned Parenthood and NARAL).

In response, Herndon-De La Rosa told MRC Culture that the women's march organizers "have not reached out to me officially, just removed us from their site." She added, "so I can only assume they caved to the backlash on social media after the Atlantic piece came out saying we were listed as partners."

The removal was likely in no small part due to the liberal “feminist” media.

When she read the Atlantic piece, Guardian columnist Jessa Valenti went into a rant. “Horrified that the @womensmarch has partnered w/an anti-choice org,” she tweeted, “Plse reconsider - inclusivity is not about bolstering those who harm us.”

Horrified that the @womensmarch has partnered w/an anti-choice org. Plse reconsider - inclusivity is not about bolstering those who harm us.

Jaclyn Friedman, who writes for news outlets including The Guardian and Time, tweeted similarly, "What kind of bullshit is this, @womensmarch?!? Anti-abortion = anti-woman. It's also against your own platform!"

What kind of bullshit is this, @womensmarch?!? Anti-abortion = anti-woman. It's also against your own platform! https://t.co/RukglIhMAL

Broadly contributing editor Lauren Oyler added, "You're not a feminist (or at all smart) if you don't support safe and legal access to abortion for all women."

You're not a feminist (or at all smart) if you don't support safe and legal access to abortion for all women https://t.co/w7nEBWMvgb

So much for supporting all women.

New Wave Feminists’ motto is “Badass. Prolife. Feminists.” “Sometime before we were born our womanhood was traded for a handful of birth control pills, the ‘privilege’ to degrade ourselves in playboy, and the ‘right’ to abort our children,” the group’s description reads.

“It's time for the return of common sense feminism which refuses to exploit women in the name of liberation and create victims while settling for equality,” the group's website added. “Instead, we will live up to our full potential and demand others rise up to that level as we embrace how strong and bad ass women truly are.”

The Women's March organizers issued a statement on Twitter to "apologize" for the "error" of admitting the "anti-choice" New Wave Feminists:

Our statement regarding press today: pic.twitter.com/z1y9cfFFvY

This article has been updated to include a statement from New Wave Feminists.