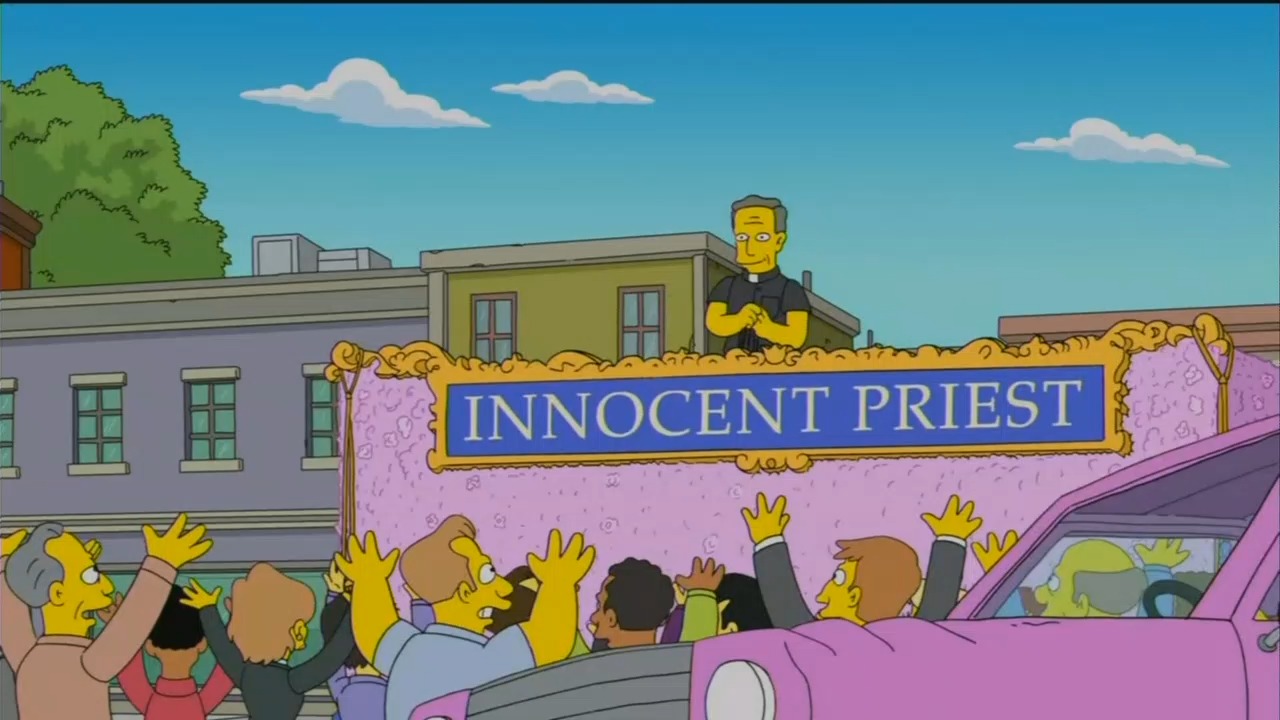 It is nothing new for Fox’s The Simpsons to mock Christians, but it happened once again in the March 15 episode titled “Better Off Ned.”

Bart Simpson found himself in trouble and facing suspension from school over a prank gone bad, so he used a fake hand grenade during a school performance to cause a commotion. Superintendent Chalmers was about to suspend him when the Simpsons's neighbor Ned Flanders started to kneel in prayer. The superintendent freaked out since it was a public school. He took down a copy of Engel v. Vitale and began reading the Supreme Court decision that ruled school prayer was unconstitutional:

Superintendent: Son, you forced this man to jump on a grenade seconds before I was going to. Well, Simpson, thanks to you, now no one can bring grenades to school. This time, you will be expelled, never to return.

Marge: Please don't expel him. He's got nowhere to go.

Ned Flanders: Wait. I've lived next to this boy for years. There's good in him. Let me work with him after school. I'll improve him with the three P's: Persistence, prayer and persistent prayer.

Superintendent: Oh, God, you're one of those.

Flanders: Superintendent, you are about to be on the business end of a prayer chain.

Superintendent: "As a part of a religious program carried on by government, it is a matter of history..."

Man: My love of prayer is reflected in my chest hair.

Second Man: I appear to be in the wrong group chat.

Superintendent: "...And the judgment of the Court of Appeals of New York is reversed, and the cause of..."

Flanders: Amen. Sir, we're up to 205 verified pray-ers. Do you really want me to give them your office number? Hmm? Hmm?

Superintendent: If you supervise this boy, keeping him away from the baleful presence of his father.

Ned Flanders was a good influence on Bart. He taught him the satisfaction of working for a goal – like starting a fire outdoors with a stick and stones after catching a fish. Bart even ended up singing in the church choir.

Homer was jealous of Ned and Bart’s new friendship and fake mentored Bart’s nemesis Nelson. It didn’t go well and Homer ended up apologizing to Bart. Father and son were back to normal at the end of a Christian Pride Parade that Flanders put on. The Mayor of Springfield welcomed the crowd and says, “You right-wing ding dongs will keep me in office forever.”

In the parade, there was a float with an “Innocent Priest” tossing out rosary beads and the parade ends with a pair of hands coming together to pray. Nelson, angry with Homer, broke a wooden cross and turned it into a slingshot to hit the button, which activated the hands just as Bart was walking between them:

Bart: Ew. Are you wearing lotion?

Lenny: Why won't you die?

Quimby: Mr. Burns will take questions later. Er, uh, thanks to this magnificent parade, you right-wing ding-dongs will keep me in office forever.

Quimby: And now, at the spectacular culmination of the parade, when the final float has safely cleared the route, a giant pair of praying hands will swing from the sides of the street and come together in holy union.

Flanders: Right here. What do you need?

Homer: Son, you want to ride in the ambulance together?

So, even in a silly animated show, mocking Christians as “right-wing ding dongs” is fine, as well as taking a shot at Catholic priests. It is the season of Lent for Catholics, after all. Funny, I never see other religions or their followers made sport of like this.