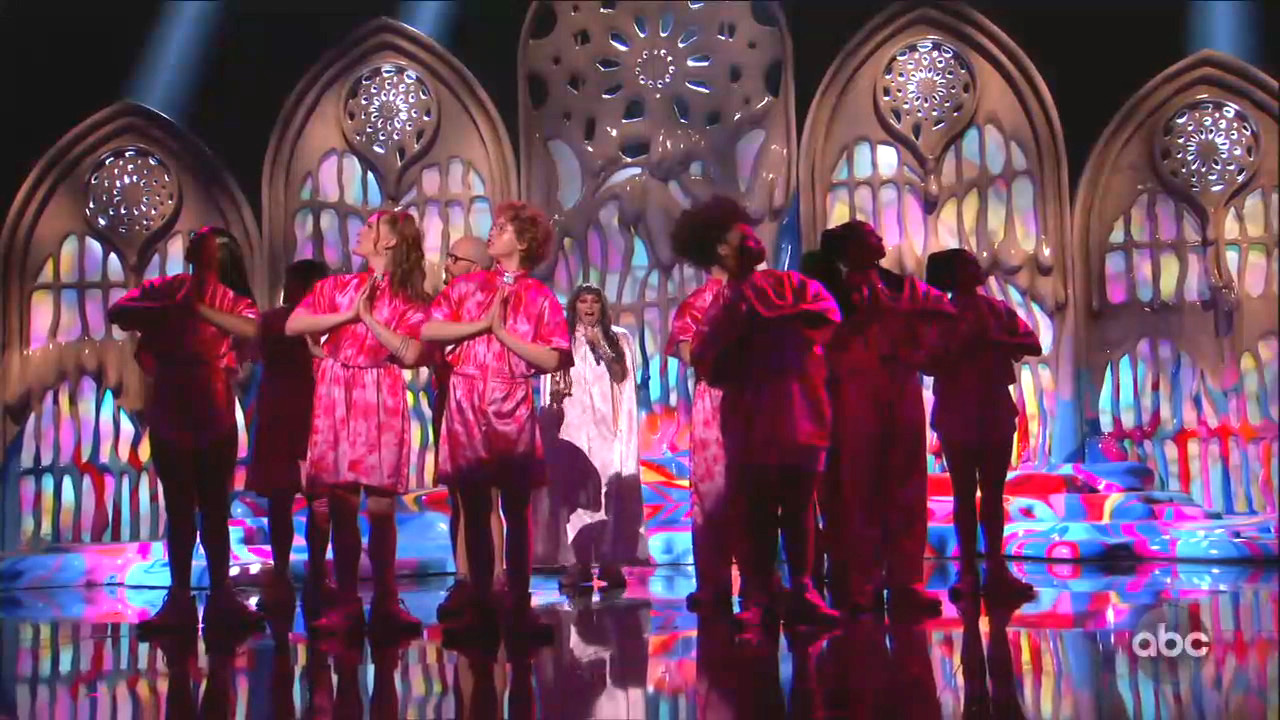 Usually, political messages or social justice statements are delivered in speeches from award winners. In the 2019 American Music Awards, the messages were delivered through costumes and scenery. The show aired November 24 on ABC.

Kesha and a non-binary person, Big Freedia, performed “Raising Hell” with the backdrop of a rainbow church set. The dancers wore Catholic priest rainbow-themed robes, as did Kesha and Big Freedia. Kesha began the performance saying, "Welcome to our Sunday Service," a reference to Kanye West's Sunday Services.

Fortunately, Carrie Underwood set a different tone. Carrie won the award for Favorite Country Album and then she was surprised with the announcement that she also won the Favorite Female Country Artist award. She thanked God. She said, “Thank you, God, for the talents and gifts you give people. And not just the people up here on the stage tonight.

Billie Eilish used her costume to do a little virtue-signaling over climate change with her song "All the Good Girls Go to Hell."  Her long black t-shirt was emblazoned with red sequins delivering a message – No Music On a Dead Planet.

Camila Cabello performed in a lace outfit, complete with a garter belt. Her back-up dancers were also wearing lace outfits, some white like hers, some black. The hook is that both men and women wore the same costumes. Bearded men wearing lace leotards just isn’t a good look. Here is just a small clip of the performance:

A sweet part of the show happened when Taylor Swift was honored as the Artist of the Decade. Her parents were in the audience and they both had tears in their eyes. Taylor acknowledged their presence and thanked them. That was so much nicer than her acceptance speeches of late that have included getting out the vote messages.

While it is obnoxious to be lectured to by people in the entertainment business, I suppose it is a step in the right direction that no speeches devolved into liberal political lectures. Let’s hope this continues as we slog through the awards season.