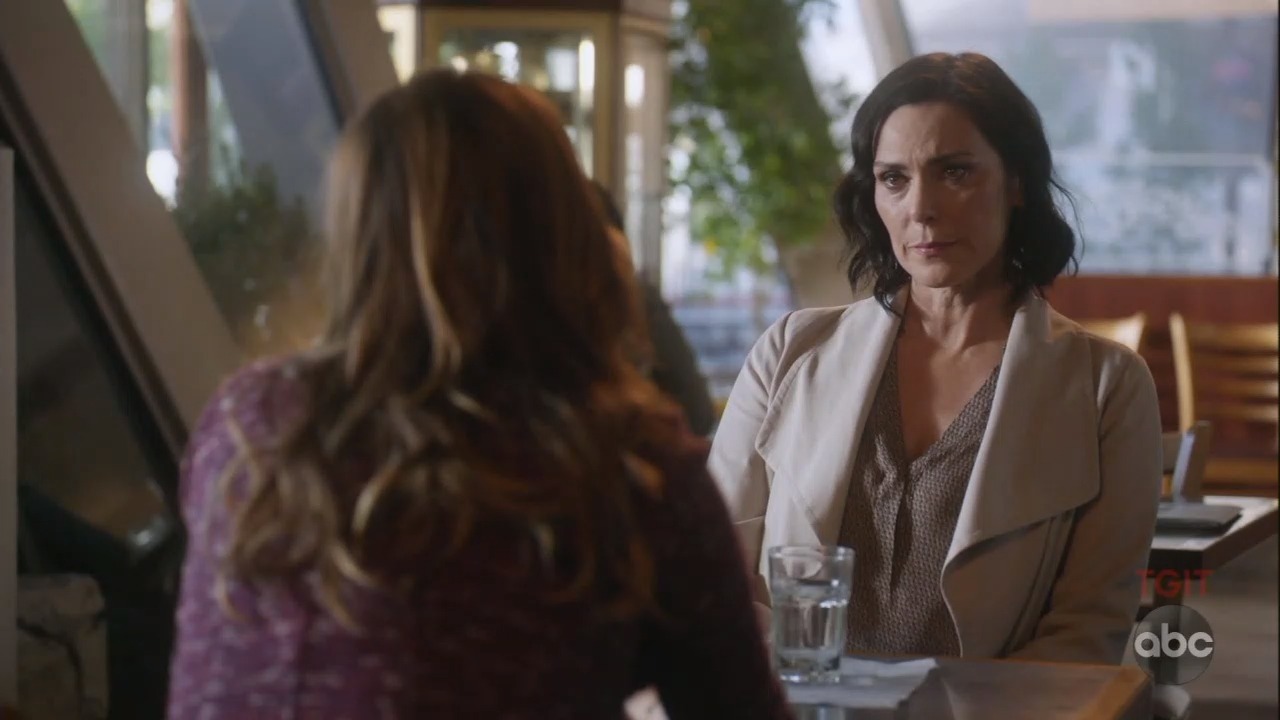 The latest episode of ABC’s Grey’s Anatomy was hyped as the “most powerful” one ever. Unfortunately, this declaration wasn’t just on the strength of the script’s writing or the acting performances delivered by the cast members. It was all about the episode being the product of  showrunner Krista Vernoff’s “inspiration” -- she told a panel discussion hosted by top Obama aide Valerie Jarrett that she was inspired by Christine Blasey Ford’s testimony during the Supreme Court nomination hearing for Justice Brett Kavanaugh.

The theme of “Silent All These Years” that aired on March 28 was said to be centered around consent. Dr. Jo Karev (Camilla Luddington) finally mustered up enough nerve to go and speak with her biological mother. She convinced her to meet for a one-time conversation at a nearby diner. Jo was able to get some questions answered about why she was dropped off at a fire station as an infant which led to her life in abusive foster homes.

Jo’s mother was raped by her Teacher’s Assistant (T.A.) when she was a freshman in college. The pregnancy happened after the first time Jo’s mother went out with the T.A. and she is still feeling the effects of that trauma, though she is now married and has two teenagers. She felt as though she lost part of her mind after the rape, she told Jo. It was as though she was a zombie during her pregnancy and suffered from having to see the T.A. in class. It wasn't until many years later, after Jo’s birth, that she began to feel as though she was getting back to having all of her mind.

And then the bombshell was dropped. Jo told her mother a secret that she has not told anyone. Ever. She had an abortion while married to her abusive first husband and she doesn’t feel guilty, in fact, she said, “I’m not ashamed of it.”

Jo: I was seven weeks pregnant when my ex-husband cracked my ribs and threw me across the living room floor. He didn't know that I was pregnant, and I decided in that moment that he could never know. I couldn't -- I couldn't see a way out. Not then, at least. I knew that, if I tried to leave, he would kill me. But I also knew that I couldn't raise a kid in that...fear, and in that danger.

Mother: You had an abortion.

Jo: I've never told anyone that. I don't know why. I'm not ashamed of it.

I didn’t see that confession coming. How sad, though, that Jo’s abortion is written off as something she just “had” to do.

Also in this episode, a young married woman named Abby comes to the emergency room to be treated for facial injuries. Soon Jo, her doctor, figures out that Abby has been sexually assaulted from the nature of her other injuries. Abby has wounds on her neck and bruising, probably from choking, and she is suffering from internal injuries, too. The woman is so traumatized that she won’t let go of Abby’s hand.

Jo and the other female doctors convince Abby to do a rape kit so that she can seek justice from her rapist. Abby doesn’t want to tell her husband, who is out of town on business, because she feels she’ll be blamed for drinking tequila in a bar or for walking down a dark street while distracted by her cell phone. She thinks he or others will blame her for her rape. Eventually, she consents and she also consents to surgery for her potentially life-threatening internal injuries.

The problem for Abby is that she is so traumatized from the attack that she can’t get over her fear of leaving the examining room to be wheeled down to surgery. She jumps at the sight of a male doctor and the female doctors figure out a way to get her to surgery as comfortably as possible. The sight of all the female doctors and nurses lined up along the corridor to the operating room was, indeed, a powerful scene.

Meredith: Dr. Karev asked us to all stand here? Do we know why?

Meredith: She needs all of us. Okay.

Female nurse: Okay, ladies, we need you all to line up either on the right side or left. Please keep this middle aisle clear.

Jo: Are you ready?

It is a shame that the showrunner decided to politicize this episode over her anger that Justice Kavanaugh survived his Senate Judicial Committee hearing to be seated on the Supreme Court, even after the Democrats tried their hardest to torpedo his nomination with Ms. Blasey Ford. Aren’t there enough actual sexual abuse stories out there to be written about without pinning the inspiration for an episode about the brutal rape of a woman to Blasey Ford and her uncorroborated accusation against Justice Kavanaugh? Dr. Meredith Grey’s last words in this episode were, “We can tell our truth whenever we are ready.” Obviously that was a reference to Blasey Ford’s case and her waiting decades to come forward.

At the end of the show a public service announcement was made with a toll free number for the RAINN National Sexual Assault Hotline.