Older Doc Lectured on Genderqueer Pronouns: 'It's Not That Complicated!' on 'Grey's Anatomy' 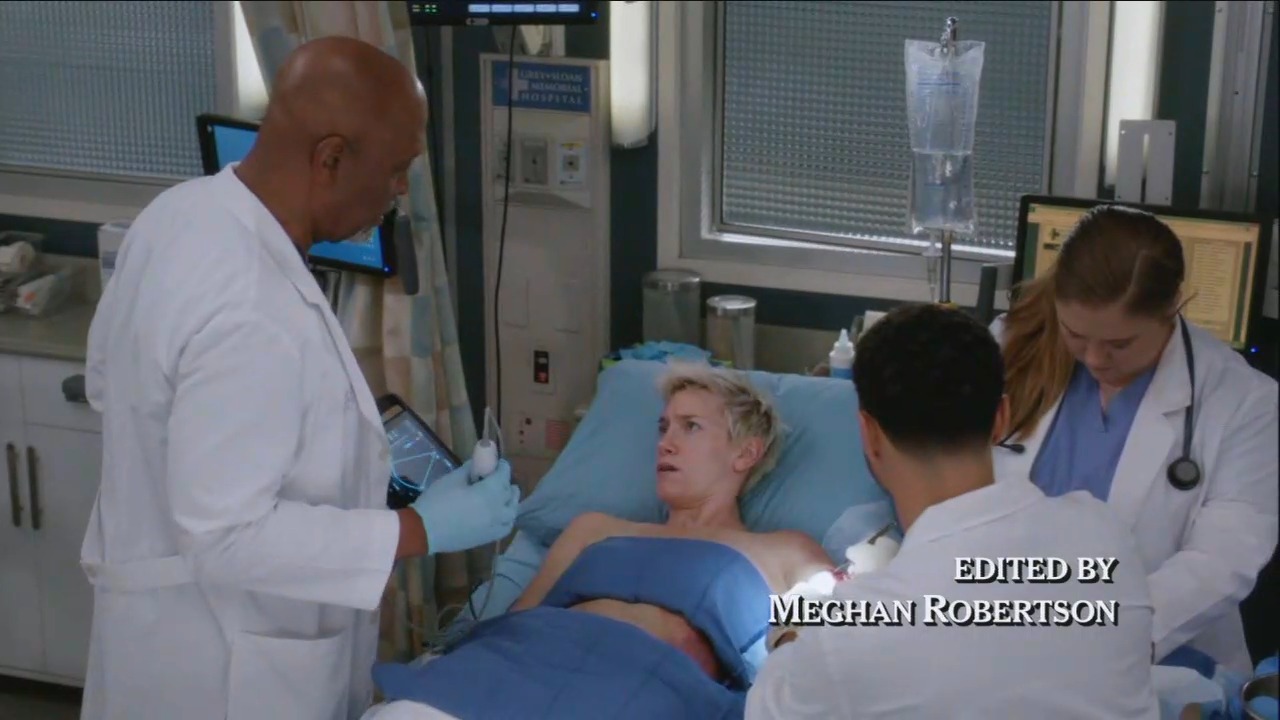 It was bound to happen. An older doctor works to diagnose a young female patient using the pronoun “her” only to be corrected by the patient. The patient, it is explained, is genderqueer. "She" identifies as “they” and that’s when the confusion comes in. Ironically, this gender pronoun madness happens in a hospital among doctors who deal with human anatomy every day.

Poor Dr. Richard Webber (James Pickens Jr.). He’s not woke and it takes him a while to get the hang of the pronoun preference of his 22-year-old patient, Toby Donnelly. In the March 21 episode of ABC's Grey's Anatomy titled "Add It Up," Webber's patience is tested when it comes to Toby's preferred pronouns.

Jackson: No palpable pulse in the arm, getting a weak Doppler signal, it sounds like. Got some arterial compromise, as well.

Toby: Snowmobiling was her idea. She's always pushing me to face my fears. She was right. It was a lot of fun. God, why is she always right?

Jackson: I know how you feel.

Toby: I mean, fun till she swerved to miss a tree and flipped us five times.

Webber: Hey, uh, we should get a CT Angio...to determine the location of her vascular injuries.

Helm: Got it. Thank you for letting us know your pronouns.

Jackson: Their preferred pronouns are "They" and "Them."

Webber: Great. Well, your ultrasound is fine. Let's get you up to CT.

Not only is the woke generation picking and choosing their own pronouns now, they're insisting on using them even during medical emergencies, the last time you want anything slowed down due to unnecessary confusion!

And then the question arises, if the person isn’t in the room do we really have to use their preferred genderqueer pronouns? Dr. Webber is a reluctant convert. His woke step-son, Dr. Jackson Avery (Jesse Williams) tries to explain.

Helm: They're all settled.

Webber: Do we really have to use this plural thing, even when she can't hear us? While they-- they can't hear us.

Jackson: Okay, yeah. It's not that complicated.

Webber: Not that complicated? We're talking about a single entity, but "They" is plural. I mean, it requires a plural verb. Or am I supposed to say, "They is"?

Jackson: No, look, if you're in a movie theater and somebody's coat is left in a seat, and you bring it to the usher, what do you say to the usher?

Webber: Well, a number of things. Um, I might say, "Someone left behind a coat," or, "I found someone's coat," or, "Turn this in to the lost and found."

Jackson: I might say, "Somebody left their coat." Then you'd be grammatically incorrect.

Helm: Uh, something's either grammatical or it's not. "Grammatically incorrect" is like saying something is right-wrong. Scans are up.

Webber: It's about time. All right, Helm, what do you see?

Helm: Absence of flow in the mid-brachial artery.

Who among us doesn’t understand how the man feels? It is confusing. Normal, casual conversation has been hijacked by politically correct pronoun assignments and no doubt it all ties into the whole transgender agenda at large. "Cisgender" people are often at a loss of which words to use these days because the real police - not the PC police - will come after you in some places. .