Doc Declares, 'It’s a Girl!' After Trans Teen's Bottom Surgery on TLC’s ‘I Am Jazz’ 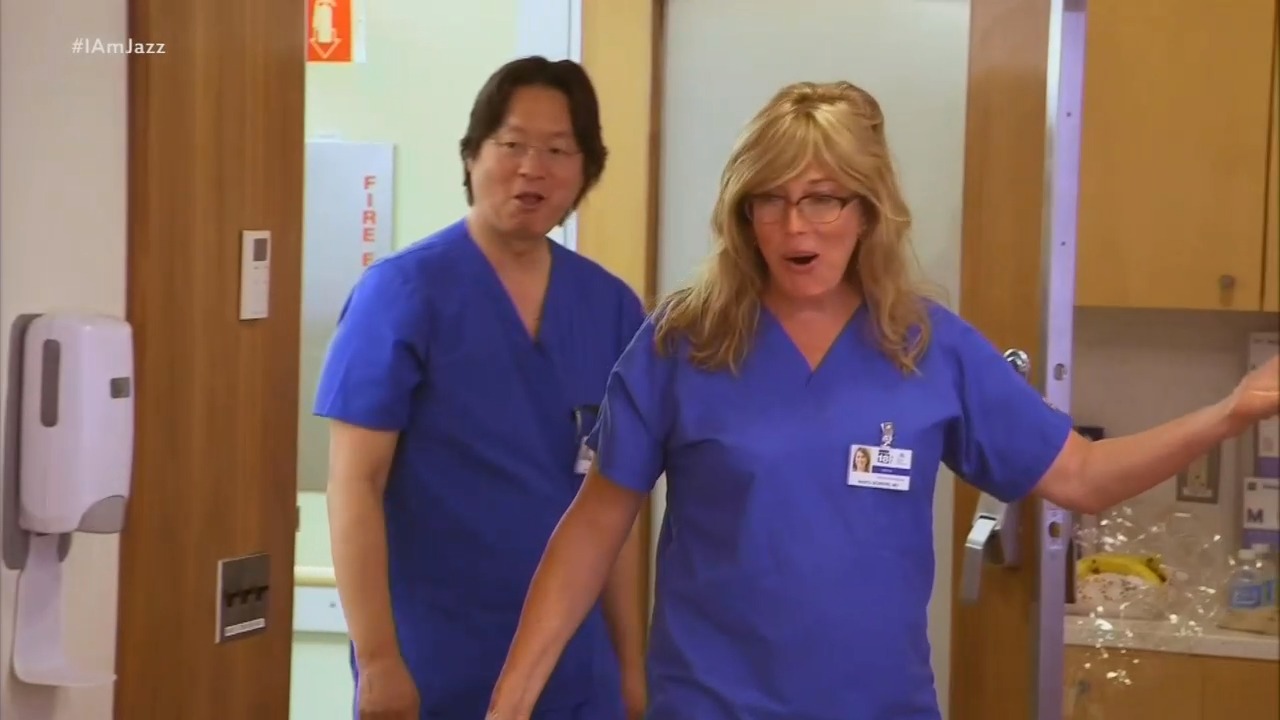 The big, dramatic moment of Jazz Jennings’ "gender confirmation" surgery arrived in the January 29 episode of I Am Jazz titled “It’s a Girl!” After four seasons of Jazz and the Jennings family turning their lives into a reality show on TLC on the issue of transgenderism, Season Five is all about the physical transformation, both before and after.

Jazz and her family, which includes her parents, older siblings, and her maternal grandparents all travel to New York City for the surgery. They are a close-knit family and after so many years of them speaking about genitalia so freely, I have gotten used to hearing the words flow so often between them. All along, Jazz has been obsessed with getting a “beautiful” vagina and talks about it constantly.

Jazz’s lead doctor, Dr. Marci Bowers, is a transgender woman herself and this surgery is so complicated that two other doctors are brought in to perform various tasks. Because Jazz was put on hormone blockers at the tender age of 11, he/she never went through puberty. Therefore, there is not much tissue to work with down there and the doctors call it a groundbreaking surgery. With the help of all three of the doctors working closely together and solving the problems that arise during the procedure, the surgery is a "success."

When two of the doctors tell the Jennings family that the surgery is over and successful, Dr. Bowers actually declares, “It’s a girl!” Really? Did Jazz’s chromosomes change on the operating table? How cliché. It was as though a baby was delivered.

Jazz is released after a couple of days stay in the hospital and arrangements are made for her to recover in a nearby hotel. The doctors want her close because they expect she might have complications that could place her back into the hospital. She does. One doctor is called after two days and after examining Jazz, he determines she should go back to the hospital. Another procedure is needed and this is where the episode ends. Jazz is wheeled into the operating room as “To Be Continued” appears on the screen.

There is a followup interview video up on E! News online and from watching the video we know Jazz came out of the second surgery okay. Next week will show how it all was done.

The big concern for the doctors has always been the lack of genital tissue because Jazz didn’t go through puberty. How early and quickly Jazz’s gender dysphoria was accepted by her parents has always bothered me and it sounds like there are ramifications for it. Her father is clearly more reserved than her mother. Jazz claims that by the age of two she asked her mother, “When the Good Fairy going to come and change my penis into a vagina?” How does a two-year-old even truly know and understand those words, much less bring that up in a conversation? Jazz is only seventeen when she has the surgery.