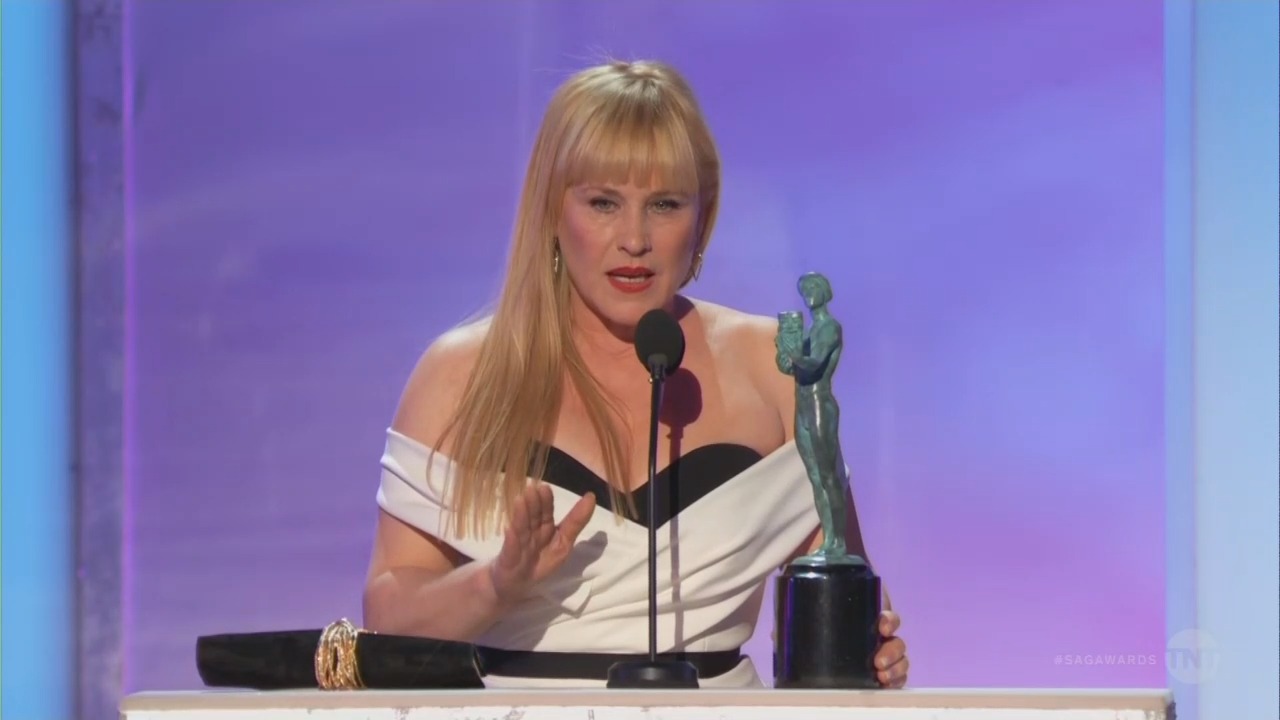 The 25th Annual Screen Actors Guild Awards (SAG) aired on TBS and TNT in a two-hour live production on January 27. Just as I was thinking that half-way through the show politics had not entered the fray, unlike last year, then Patricia Arquette won the SAG Award for the Outstanding Performance by a Female Actor in a Television Movie or Limited Series.

As she accepted her award for the movie Escape at Dannemora, the last sentence in her speech introduced politics in the show. She almost forgot a shout-out to Special Counsel Robert Mueller but remembered just in time before she finished. Because, of course.

Arquette: Oh, thank you, Robert Mueller and everyone working to make sure that we have sovereignty for the United States of America.

Who knew Patricia Arquette is so concerned about American sovereignty? Surely she supports building a wall on the southern border, then, right? Lol! Just kidding. She’s just another Hollywood actress caught up in the lefty bubble, assuming the rest of the country agrees with her political views. This award show almost made it as politics-free. Maybe sometime we can get back to the days when that was the norm, not the exception.