Hulu Show Justifies Abortion: 'I Wasn’t Meant to Be a Mother' 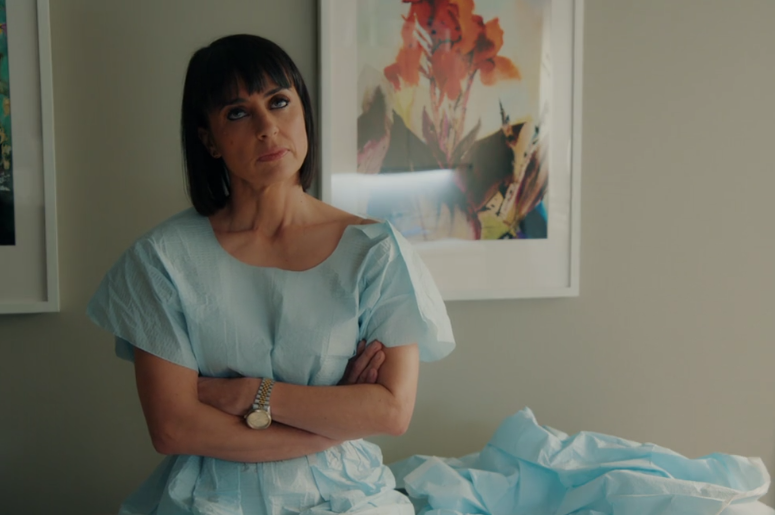 I knew that everything was going too smoothly with the fourth and final season of Lifetime's Bachelorette-style drama UnREAL, all 8 episodes of which were unceremoniously dropped on Hulu on July 17 with the announcement that the show was canceled. Sure enough, the very last episode of the series included a main character’s abortion, so everything went back to normal for this dumpster fire of a television show.

In the final episode of this series, titled “Sudden Death,” Everlasting show producer, Quinn King (Constance Zimmer) goes to a followup OB-GYN appointment, as she is pregnant. The baby’s father is a show contestant, by the way, but Quinn has gotten back together with her previous boyfriend, Chet (Craig Bierko), who is also a show producer. Chet is very excited about the pregnancy and accepts the fact that he is not the child’s biological father because Quinn had previously been told she could no longer conceive.

Though Quinn was initially hesitant to continue the "geriatric pregnancy," especially given the paternity issue, and the fact that she’s a woman who has made her career her entire life, she nonetheless settles into the idea of motherhood as Chet persuades her that it’s wonderful news. Chet is enthusiastically anticipating the baby’s arrival.

Quinn continues to work on the show for a bit but then realizes she has to take it easy and reduce the stress in her life because of it being a high-risk pregnancy, due to her age. The doctor had told her that there is only about a 5% chance of her carrying the baby to term.

After being away from the studio and at home for a while, Quinn goes to her second doctor appointment. She comes back and tells Chet that a “Level 2 anatomy scan” shows that something is wrong with the developing baby. She claims the baby most likely will not go to term and if it does, the baby will only live a brief amount of time and experience much pain. She and Chet end the conversation with Quinn saying she thinks they both know what must be done. Chet agrees, but when the phone rings tells her not to pick it up, "Give us a few moments together to grieve this." Of course, she picks up the phone.

Though the word abortion was not used, it was clear what was to be done. I was hopeful, though, as nothing more came of their discussion. There wasn’t a trip to an abortion clinic or another trip to the doctor that was shown.

Alas, one of the final scenes of the episode shows Quinn in bed. She’s clearly recovering from the abortion. Showrunner Rachel (Shiri Appleby) comes by to visit (wearing an "I'm Still With Her" t-shirt) and questions Quinn with, “There wasn’t anything wrong with the baby was there?” Quinn answers, “It doesn’t matter. I wasn’t meant to be a mother.” Wow. It doesn’t matter? What a selfish, deceitful woman. No wonder the show promoted donating to Planned Parenthood last season!

The final scene of the show is that of a fire breaking out at the production studio. I think that’s a fitting conclusion to a show that should have been torched long ago.