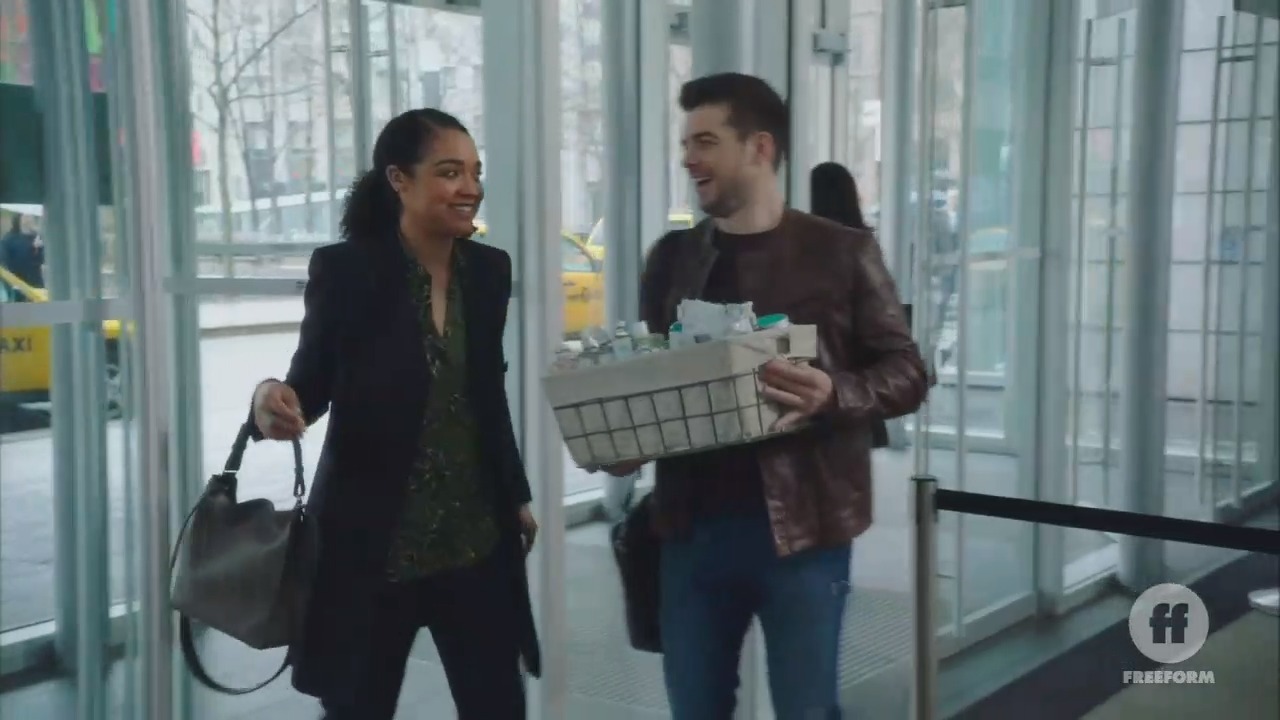 What better way to squash a young, woke bisexual woman’s enthusiasm for being a spokesperson for a skin care company than to tell her that the company’s CEO contributed money to the Family Research Council? That is exactly what happened in the July 24 episode of Freeform’s The Bold Type titled “Plan B,” when the FRC is called one of those "racist, anti-LGBTQ groups."

Scarlet Magazine’s "first black female department head," Social Media Director Kat (Aisha Dee), is asked by a board member to sign up with a progressive skin care company as a way to increase the magazine’s revenue stream. The idea is for Kat to create Instagram stories as she uses Whole Spa’s products and gives her opinion about them. Between the time she signs on the dotted line and does her first Instagram story, she learns that the company’s CEO is a major donor to the Family Research Council, a conservative, Christian non-profit charity and activist group. Oh no! This will not stand.

Kat is told by Ryan (Dan Jeannotte), a writer, that a friend has written an expose on the company’s CEO and the story is about to be published. Kat becomes convinced that she is merely a token hire to fend off the claims that will come out – that he is a "racist, anti-LGBTQ" bigot simply due to his donation to the conservative group. As usual, the First Amendment only goes one way in Hollywood and anyone not willing to toe the line is labeled in the most degrading of ways.

Ryan: Someone's birthday?
Kat: No, it's my swag actually. I'm, like, a spokesperson for Whole Spa.
Ryan: You're a spokesmodel?
Kat: Spokesperson. I'm just gonna be featured in some of their Instagram stories. You're not the only one with surprising skills.
Ryan: Whole Spa, huh?
Kat: Why'd you say it like that?
Ryan: I have a friend who's doing a deep dive into the company, running an exposé on them for "Vice."
Kat: Huh, what kind of exposé?
Ryan: Well, you know how supposedly they're super progressive? Turns out their CEO is a big donor to the Family Research Council and the Council of Conservative Citizens.
Kat: Aren't those, like, racist, anti-LGBTQ groups?
Ryan: Big time.
Kat: Now I know why they wanted me to do it so badly. I mean, who better to inoculate the company when the story breaks than a queer black woman.
Ryan: Yeah.
Kat: I see.
Ryan: Sorry.

After being told there is no way out of her contract with the company, Kat decides to sabotage the Instagram stories by fulfilling her contractual obligations – she has to mention three things she likes about each product she uses. She did, then she added negative comments about the company’s CEO "donating to hate groups" as her opinion. Ugh. She posits that when CEO is "ousted as a racist homophobe, he can point to me and say, 'Oh, look, some of my best spokespeople are black lesbians.'” Ugh. She doesn’t want to be the “black bi Band-Aid.”

After the magazine's editor-in-chief, Jacqueline (Melora Hardin), confronts Kat about her video stunt, the board member who encouraged Kat to sign on with Whole Spa says that not everyone with the magazine’s parent company is woke either – why, one of the male board members even wears a MAGA hat while golfing. The horror!

In the end, Kat is allowed to end her commitment with Whole Spa and instead of forgetting monetizing her endorsements of products, Jacqueline encourages her to find another product that she’s comfortable promoting. Oh, brother.

This show is so quick to stereotype all conservatives with a broad brush as racist homophobes and assumes that everyone else shares the same opinion as those of the Hollywood writers. I wonder if it ever occurs to them that not all leftists are alike and of only one thought and there are plenty who are hateful. In their bubble, everyone is woke and liberal.