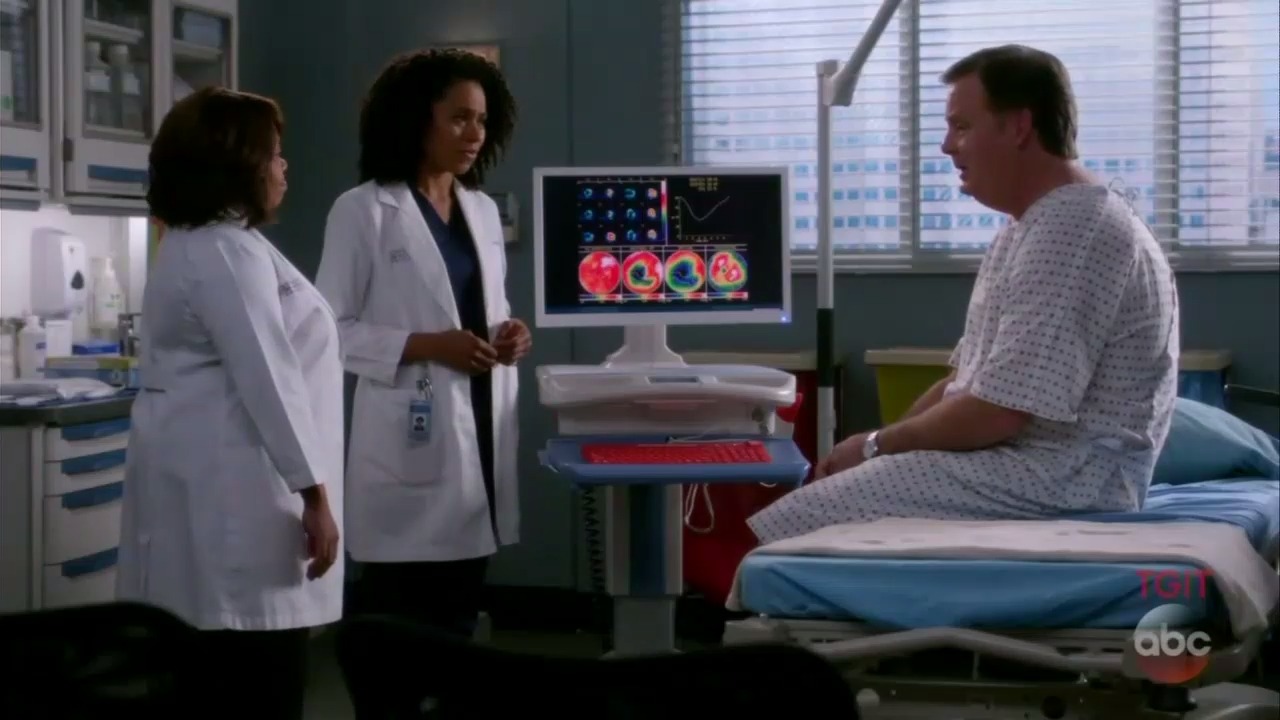 In the April 12 episode of ABC’s Grey’s Anatomy, titled “Beautiful Dreamer,” ICE comes to Grey-Sloan Memorial Hospital looking for Dr. Sam Bello. It’s the usual kind of story painting the DACA student as extraordinary and the ICE agent as the bad guy for enforcing the law.

ICE Agent Martin Fields (Joel Murray) comes to the hospital to pick up Dr. Sam Bello (Jeanine Mason), a surgical intern and illegal immigrant. The doctors come to her aid and keep her away from the agent in hopes of stalling until a plan for her can be hatched. Agent Fields waits in Dr. Miranda Bailey’s (Chandra Wilson) office.

Dr. Bailey notices some symptoms that Agent Fields exhibits and fears he has cardiac problems. She convinces him to have some tests done as he waits for Dr. Bello, who is allegedly in surgery. Sure enough, Dr. Bailey is right and she recommends that Fields be treated right away. Dr. Bailey is quite convincing because she suffered a heart attack just a couple of months ago.

It turns out that Dr. Bello ran a red light and a traffic camera caught that on videotape. So, though her papers are current and she is under DACA protection as she was brought to America from El Salvador as a child, she broke the law on a traffic violation. This puts her immigration status outside the perimeters and she faces deportation.

In order to clear Agent Fields’ coronary arteries, he goes in for a cardiac catheterization  While on the operating room table, Agent Fields tells the doctors that he no longer likes his job (and he's not the only ICE agent with a guilty conscience we've seen lately). Then he claims that he no longer knows “what we’re doing anymore.” He says ICE is concentrating on children, schools, and now doctors, too. Please.

Dr. Pierce: If you have someplace else to be, I can page you when I'm done here.

Dr. Bailey: No. Um, if I make a diagnosis, I want to see my patient through treatment. I don't like doing my job halfway.

Agent Fields: I don't like doing my job at all. I don't even like wearing the jacket. Some guys like wearing the jacket. I used to. I used to feel good about it. I believe in law and order. You know, I... I grew up watching Westerns. I wanted to be the sheriff that rode in at the last minute and saved everyone. Now... I don't know what we're doing. Staking out schools, taking kids... doctors... I don't know what we're doing anymore.

Well, I know what ICE is doing. They are enforcing the law, which is their job. To claim that ICE is just simply going after children or star students is just ridiculous. But, that’s the narrative of liberal Hollywood and the no-borders crowd. It's also apparently part of their narrative to say that it's only red-light traffic violations that sics ICE on illegal immigrants since just last night Fox's Star had that very same plot point!

In the end, Dr. Bello is accepted into an internship at a hospital in Switzerland. Her doctor friends came through for her and worked it all out in no time at all. How convenient. While Agent Fields recovers from his surgery, Dr. Bello will be on a plane to Switzerland where she will become that country’s immigrant. I’m sure she’ll be expected to follow the law there, too, but naturally, that wasn’t a part of this episode’s script.

After the show, the actress who plays Dr. Bello tweeted her thanks to illegal immigrant groups that helped create the episode.

According to Variety, the activist group Define American is on the forefront of propagandizing through Hollywood, having consulted on more than 23 television and film projects since 2017. The organization said, "‘Grey’s Anatomy’ has always ​been ahead of the cultural curve, and Define American is honored and privileged to have worked with their expert team in charting new territory about how undocumented Americans are portrayed on network television.”

The impact from illegal alien groups' advocacy on entertainment TV has been clear to us here at NewsBusters. In 2018 alone, we have covered 12 shows (two each from the four major networks) that featured sympathetic illegal immigrant stories, most involving DACA, including tonight's Grey's and last night's Star, Fox's The Resident, ABC's For the People, CBS's S.W.A.T. and the normally conservative Blue Bloods, NBC's Blindspot and Superstore, Netflix's One Day at a Time, CW's Dynasty and Jane the Virgin, and Freeform's The Fosters (which has had a running DACA storyline).