Cuban Immigrant in Netflix Series: America 'Has Turned to Caca' 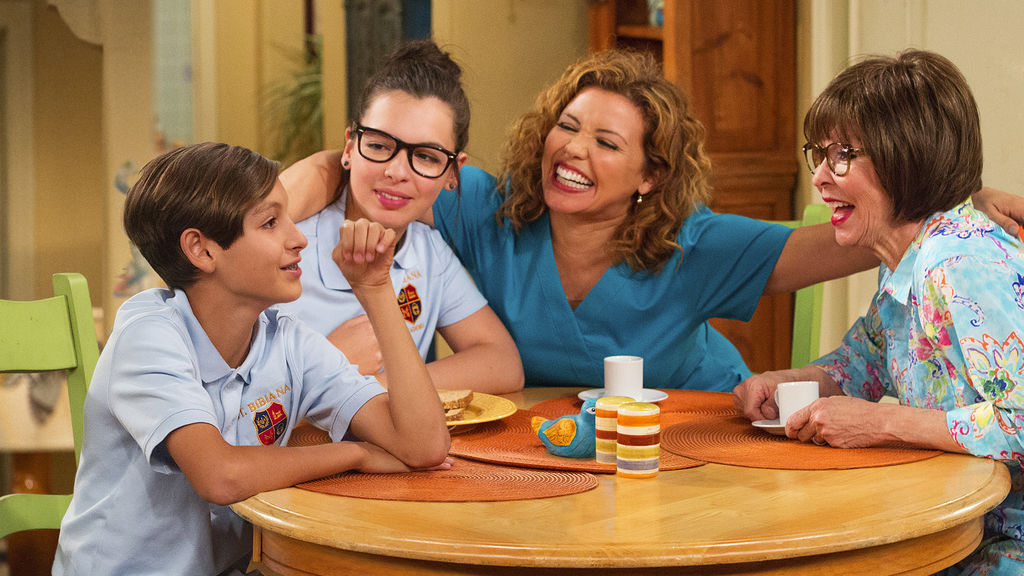 Season Two of Netflix’s One Day at a Time began airing January 26 with 13 half-hour episodes. Picking up where last season left off, the show is all about immigration, gun control, and teenage political activism sprinkled with Trump bashing.

Lydia, the family’s matriarch, came to America from Cuba and holds a green card. The family discovers that she has not become a naturalized American citizen, though, because she doesn’t want to renounce her Cuban citizenship. In episode 4, titled “Roots”, activist granddaughter Elena is shocked to learn her grandmother doesn’t vote. “Not even in the last election?” asks Elena. “Now we have that monster in the White House.” Lydia says, “Well, don’t blame me, I didn’t vote for him.”

Lydia explains she is not a citizen, therefore, she can’t vote. Elena’s mother, Penelope, we learn, only votes in presidential election years. Elena is eager to be old enough to vote, though, and explains the importance of local elections. Elena says, “I was really hoping my first time would be with Hillary, but I can picture myself doing it with Elizabeth Warren.” Of course.

Why should Lydia, who has been here for 60 years, become an American citizen, she asks, if her green card allows her to get Social Security checks and she pays taxes as a permanent resident? “It’s almost the same thing. It’s no big deal.” No, no, this is not good enough for Elena. “This is not a joke. We live in very anti-immigrant times. What if one day they decided to send all non-citizens back to where they came from?” Lydia agrees to study and take the citizenship test.

In episode 12, titled “Citizen Lydia”, when her paperwork shows a glitch with her social security number during her interview, she sweats it out in the waiting room to hear if she passes the test and becomes a citizen. While waiting she says, “It’s this government today. This whole country has changed. It has turned to caca.”

The building owner and maintenance man, Schneider, also becomes an American citizen. A Canadian, he questions his decision as he is “finally able to renounce free health care, economic prosperity and diplomatic respect for…Oh, God, maybe I didn’t think this through.” Sure, that Nirvana known as Canada from which Canadians flock to America for medical care and British socialism rules. Oh, brother. He shows up for his citizenship interview in an outfit in a stars and stripes design and asks if it delivers his message strongly enough. “I should have brought a gun.” Yeah, those crazy Second Amendment-loving patriotic Americans. Whatever.

Episode one, titled “The Turn”, has high school freshman, Alex, feeling the effects of racism during a school field trip as he gets in trouble after he hits a kid who tells him to “go back to Mexico”. Penelope was unaware of racial taunts her son was experiencing so he listed off a few examples – “beaner, wetback, gangbanger, Pitbull.” He said one kid from another school yelled: “build the wall.” Schneider asks if they should call the police on the kids’ bad behavior. No, really. Apparently, he thinks racist thoughts are a crime for the police. Then he asks if maybe he should call the Army or, wait, he should call Oprah! “She’ll know what to do!” Yes. There’s a whole lot of lame dialogue in this series. And, clearly, Canadians don’t understand America’s First Amendment. Elena chimes in the discussion with “Ever since somebody decided to call an entire group of Latinos rapists and criminals, everyone thinks they can say whatever racist thought that occurs to them.” Then the family blames Elena’s light skin color for her lack of experience with racial slurs. Disappointed, Elena says, “Are you saying I’ll go through my whole life without being oppressed at all?” Schneider reminds her “hey, you’re still gay” to which she adds, “and a woman. I’m back in!” What’s a liberal political activist without divisive labels?

Episode one also lets the viewer know that Elena calls herself a “Latinx” now – a gender-neutral alternative to Latino or Latina. Elena inserts her sexual preference into most of the episodes and in Episode 2, “Schooled”, she starts a Gay-Straight Alliance at her Catholic school. Yes, really, the writers include a bit of overreach as Elena says the school is fine with the club and calls it “a positive influence on their educational community.” Elena marches in Women’s Marches, natch, and Lydia proudly announces she marched, too, and “looked very nice in that pink pussycat hat.” “We showed the patriarchy that men can no longer strut around with zero self-awareness and shove their masculinity in our faces.” Bash the patriarchy? Check. Elena also gets her first girlfriend in this season. In Episode 3, titled “To Zir, With Love”, Elena hosts her feminist gamer friends at her house as they prepare to protest a new game. They aren’t protesting the excessive violence in the game – they like that – but that there are only two “gender non-binary characters and the advertising strongly suggested there would be three.”

In Episode 5, titled “Locked Down”, the gun control support is strong. Penelope is a veteran. She learns that Lydia still has her late husband’s gun and freaks out. “Guns aren’t safe. That’s why we don’t have one in this house.” Lydia first refused to turn it into the nearby police station and educated Penelope perfectly on why she keeps the gun. “In Cuba, I saw the government turn against its own people. We were helpless. So, it is good to live in a country that lets you protect yourself.” Penelope doesn’t accept this argument, though, and says “More bad things happen because you own a gun, not because you don’t.” She’s concerned mostly because of teenagers in the house and suggests depression may lead to death by gun.

“We have teenagers in this house. We have a gay teenager. We have a veteran with PTSD. This is the last house that should have a gun.” After Lydia apologizes – gun owners are always made to apologize – Alex confronts his mother. He knows she has one in the house herself and she explains the Army trained her well on gun safety and use. She feels like a hypocrite, though, and agrees to get rid of hers, too. Amazing, right?

This series is chock full of liberal fantasy land dialogue and it gets old fairly quickly. I can’t imagine that most people tuning in enjoy being beaten over the head in a constant barrage of political posturing and lectures. It seems Hollywood still just doesn’t get it. Flyover country will find little entertainment in this Netflix offering.