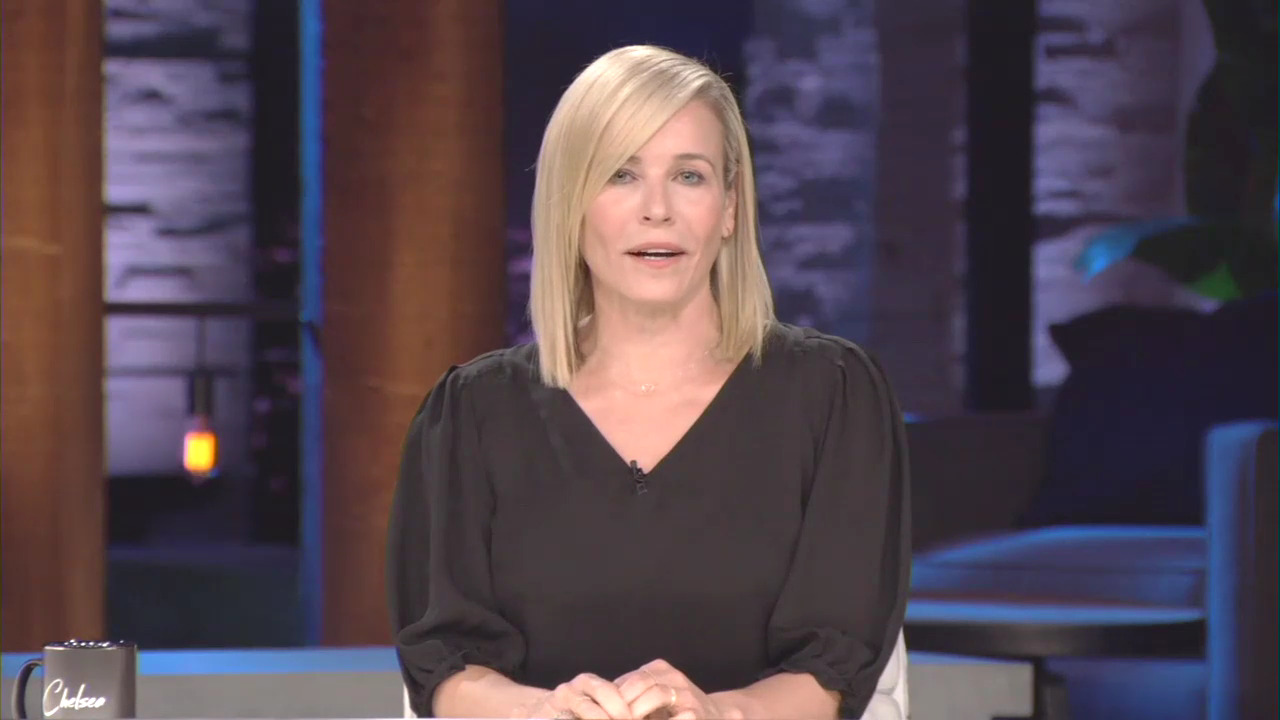 The November 10 episode of Netflix’s Chelsea is an unusual one. Titled “Making a Big Bang,” for once anti-Republican political discourses are not the goal of every single segment. The show is almost bearable. Then the last two segments happen.

The show finally takes a political turn as host Chelsea Handler introduces Amy McGrath, a candidate for the House of Representatives from Kentucky. A veteran with 20 years in the Marines, she is the first female Marine to fly an F-18 in combat. She claims that her GOP opponent wants to deny people in Kentucky healthcare. Insisting (incorrectly) that Kentucky benefits greatly from the Affordable Care Act (ObamaCare), she stated that members of Congress want to destroy it for “BS political reasons.” Last time I read stories about ObamaCare, they have been about failures, not successes.

McGrath tells Handler that she decided to enter politics because in 2016 she was an instructor at the U.S. Naval Academy and found herself unable to explain “what was happening to our country, to my students, who are gonna be on the fronts lines in a few years fighting for their country.” She decided she had to “serve my country in another way.” She is married to a veteran – a Republican – and says, “That’s America.” She says they listen to each other and work together. Well, you know what else is America? Our military fighting for and protecting the very American freedoms she claims she was unable to teach because of a single presidential election. What a snowflake type of response, from a Marine of all people!

Chelsea brings up the Koch brothers, naturally, as an example of big donors in politics. She only mentions them, though, and not any of the big donor Democrats. Implying that the Koch brothers have different motives, Chelsea virtue-signals by stating she gives money to candidates that are going to “help people.” Right. McGrath strokes Handler’s ego by saying, “You’re doing this because you want better government.” Oh yeah, Handler has attended a fundraiser for McGrath and made a financial contribution, besides the added bonus of an appearance on her show.

The last segment is one Chelsea does regularly. The segment is called Public Apologies where she "apologizes" on behalf of people or groups she thinks have not acted properly. This episode includes “all GOP members who take money from the NRA.”

With every new mass shooting comes an opportunity to enact stricter gun laws, but the GOP continues to fail to protect the American people. These members continue to accept large donations from the NRA no matter what the repercussions are. We cannot stay silent and allow this to keep happening. We have to do whatever it takes to change the policies that make it easier for people to have access to guns. So, you have to call your Congressman, get out and vote and make your voice heard.

All that said, she ended the show with a rolling bipartisan list of members of Congress who have accepted donations from the NRA. While the list is comprised of mostly Republicans, there are 2 Democrat senators and 10 Democrat members of the House on it. Now, that’s America.

The most recent mass shooting at a church in Texas did not happen because of the NRA. In fact, it was an NRA instructor who stopped the shooter. It happened because of the failure of the Air Force to update the killer’s criminal conviction into the national database. Without that information, the sale of that weapon was allowed to proceed. It is just another example of how gun grabs are not the answer but stricter adherence to existing gun laws is a commonsense fix.

Handler’s show will soon, mercifully, end. She has failed miserably, though, in her attempt to understand basic American civics and American voters who are not leftist Democrats. She fails, too, in airing a show that appeals to the people she claims she wants to understand.