'Quantico' Ends With Trump-like President Exposed as 'Puppet' of Russia 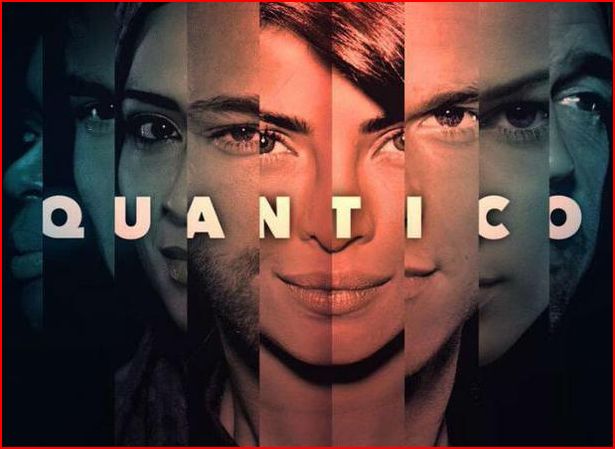 I don't know how it's possible but the May 15 episode of ABC’s Quantico, titled "Resistance," was even more transparent in its attempts to be a dark allegory for the Trump era.

Just as the creator and showrunner indicated in a recent interview, this show is meant to resemble the current political landscape. Because of Trump, they say the idea of another constitutional convention is "not outside the realm of possibility anymore, which is so scary." The evil President Roarke (Dennis Boutsikaris) further pushes their agenda that Trump is a power-hungry authoritarian.

Viewers are also reminded of the Resistance movement and the women wearing the ridiculous pussy hats as Clay’s former fiancée randomly shows up in a pink hat to protest at the convention with a women's group. And just to make it even more obvious that the character Peter Theo is based on Peter Thiel, the openly gay Silicon Valley billionaire who is one of President Trump’s biggest supporters, the show made a point to write it into the episode that Theo is gay and use it to exploit him to get at Roark.

As the constitutional convention gathers in Philadelphia to pass an amendment that would overhaul the intelligence community by combining the FBI and CIA into one agency – to be called DISA – the vote is interrupted by Alex (Priyanka Chopra) via video with proof that President Roark was taking orders from the Russians - seriously! She tells the American people to "resist." And who's going to save us? The ACLU.

Announcer: Ladies and Gentlemen, the President of the United States.

Roarke: Order. Order. Uh, before we tabulate the final roll, there's been a motion from my home state of Wisconsin to include some new language into one of the amendments. It's amendment number 28, and the motion is to replace the word "Safety" with "Security."

Ryan: He took the bait. That's our cue.

Roarke: Now, I, for one, see the wisdom in that, but we can open the floor for debate.

Alex: Mr. President... Before this convention continues, I think it's in the best interest of these delegates and this nation to know how deeply the democratic process has been compromised.

Will: We have audio from our friends incoming.

Clay: We should have video, too.

Russian: We need a simple change -- replace "Safety" with "Security."

Roarke: I want you to go, and I want you to do whatever you have to do to stop her and get her off that screen. They still hang for treason, yes? That’s it? That’s all you want?

Alex: This is a phone call, not moments ago, with Russian intelligence operatives were striking a deal with our president. America is now a puppet state to a hostile power, and I know this because -- because I gave that power the intelligence to do it, to show you, the American people, that our president is a criminal. This government -- run by a rogue cabal of self-serving elitists -- they've stolen the presidency, used fear to control us, manipulated events to serve their greater goal -- a power grab to take this country away from the ideals it was founded on, to subvert this great nation's Constitution, its laws, its norms. Well, that ends today. You all know what Roarke was willing to do to keep his presidency. You heard it for yourself. Well, now you're gonna know every crime that he and his fellow compatriots committed.

Owen: Alex, they've got your location.

Alex:  And I know it's not enough for you to hear it from me, and I know you need facts...

Will: Release everything we've got.

Alex: Which is why I'm gonna release every secret that Roarke was so desperate to hide to a hundred major law firms and civil-rights organizations, including the ACLU. America deserves the truth and nothing less. Yes, this is highly classified and incriminating intelligence. And, yes, I have violated...

Roarke: Get her! Get over there!

Alex: So many laws by leaking this to you, the people. But this country will not fix itself in the shadows anymore. The light is all we have, and the truth is all we can trust. So resist. Fight back. That's what I did and will always do for my country!

Spoilers: Alex wasn’t really shot – it was a ruse to enable the team to get her out of there. But President Roarke commits suicide when his plot is found out, which I'm sure is how many unhinged liberals would love the Trump presidency to end.

This was the season finale for the show, possibly (hopefully) the series finale. This season has all been leading up to tying a Republican president to Russian influence. It was a less than subtle critique of the Trump administration that was tirelessly dragged out. Time for it to end.