Rich, Liberal Celebrities Lecture and Claim to Stand for 'We the People' at the 2017 Grammys 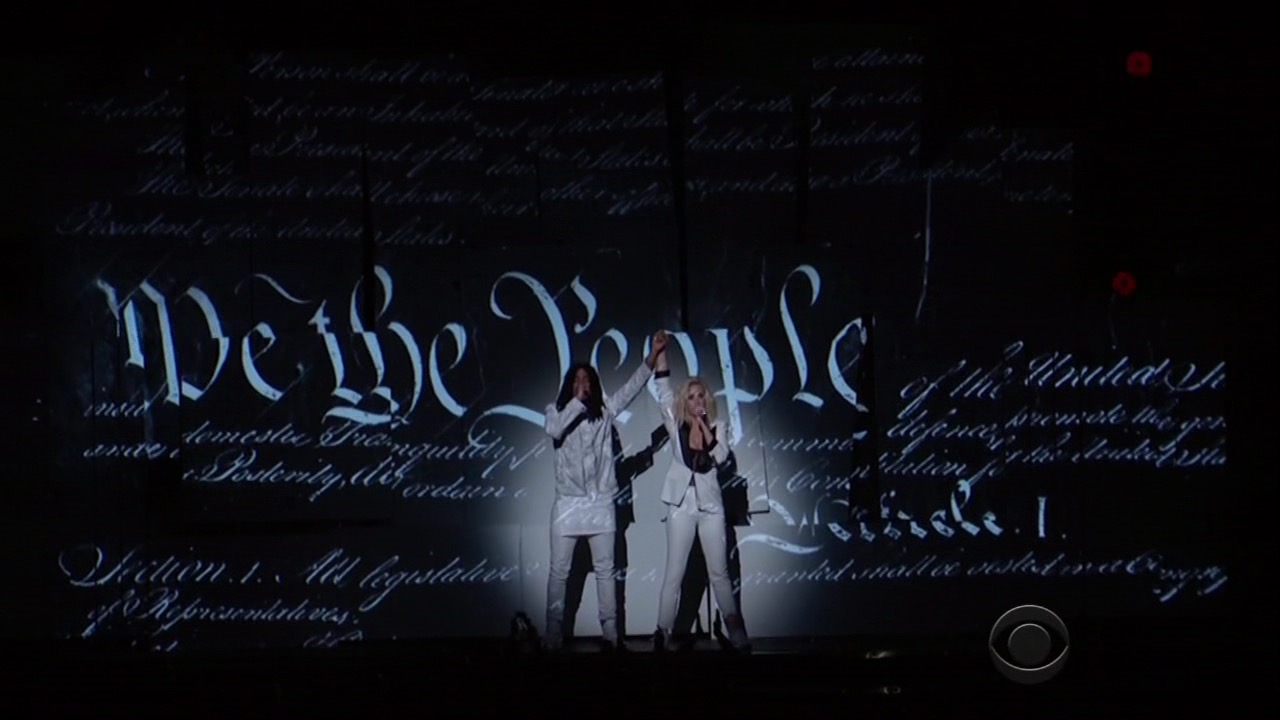 The 59th Annual Grammy Awards wouldn't have been an awards show unless somebody went political. A Tribe called Quest led the predictable, tiresome left-wing takes, while singer Joy Villa went the surprising route at the Staples Center in Los Angeles Sunday night on CBS.

A Tribe Called Quest dedicated their song performance to “all those people who are pushing people, who are in power to represent them, tonight, we represent you.” Lyrics in their rap with Busta Rhymes included referring to President Trump as “President Agent Orange” and:

The performance ended with one member chanting “Resist!” after various identity politics warriors marched onto the stage – Muslims, Latinos, gays, and so on. The camera showed audience members smiling, clapping and approving of this performance, including Jay Z and Beyonce and Rihanna. It was social justice warriors' big moment.

There was advance warning from executive producer Ken Ehrlich that if political statements were made, “We’re not here to censor.” He stated, “I’ve always believed that musical artists are more than just their music” and “They have strong feelings, and I appreciate things that they have to say.” The music stars took him at his word and wore their politics on their sleeves (literally). Katy Perry wore a glittery “PERSIST” armband and Planned Parenthood pin on her white jacket as she performed “Chained to the Rhythm” with Skip Marley using props like fences, burning a white house, and ending with the Constitution in the background and shouting "No hate!" (Suddenly liberals like the Constitution?)

But Joy Villa started liberal tongues clucking as she hit the red carpet with a “Make America Great Again” dress complete with TRUMP spelled out on the dress’s train. A dose of politics before the show even started. Music fans were not having it. 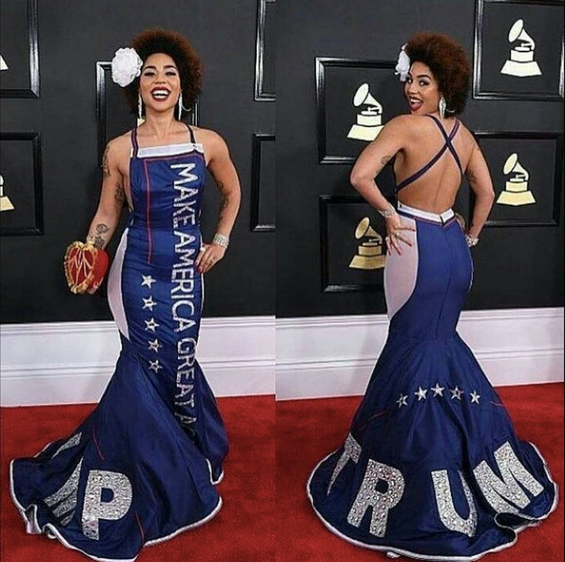 Other political moments included Jennifer Lopez presenting the award for Best New Artist saying, “At this particular point in history, our voices are needed more than ever.” Paris Jackson said, “We could use this kind of energy at a pipeline protest, y’all,” as she introduced The Weeknd.

Transgender actress Laverne Cox introduced Lady Gaga and Metallica but first asked everyone to #StandWithGavin – Gavin Grimm and the transgender bathroom access issue to be brought before the Supreme Court of the United States in March.

President and CEO of the Recording Academy, Neil Portnow made a pitch for #SupportMusic saying, “The recording academy, together with America's music makers, call on the president and congress to help keep the music playing by updating music laws, protecting music education and renewing America's commitment to the arts.”

It was Adele’s night. She won all the big awards and that was nice. She’s not political – though she did gush over her respect for Beyonce’s music and that black people in England are encouraged by it to stand up for themselves.

To all of them, We the People say, "Shut up and sing!"