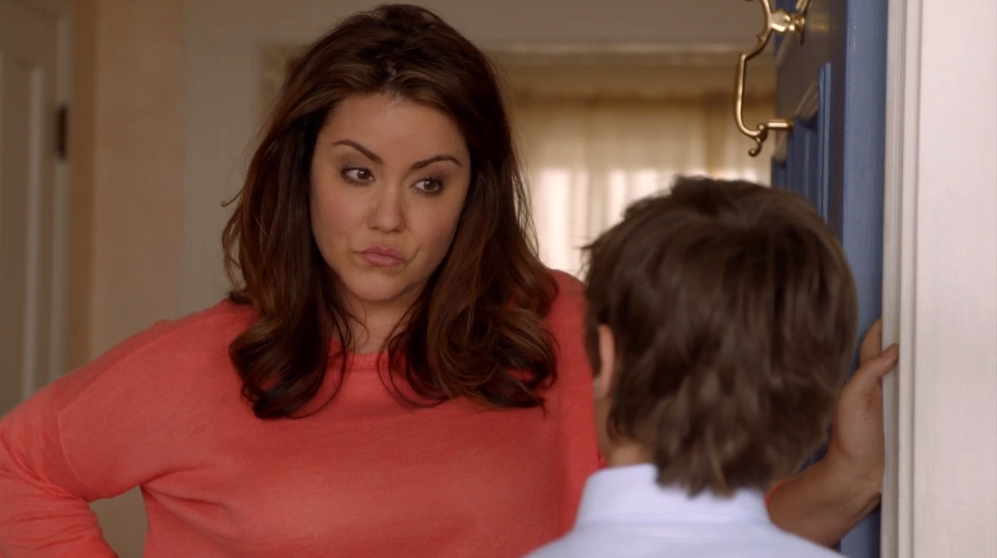 ABC’s new comedy American Housewife premiered Tuesday night but completely missed the mark in depicting the philosophically conservative son in the family, as frequently happens. The pilot took the intellectually lazy way out and portrayed the conservative son as uncaring, money-grubbing, and selfish.

Oliver (Daniel DiMaggio) does not want to participate in the school food drive and reasons with his mother that the people of Westport, Connecticut, don’t need cans of food because the town is full of wealthy people. He says even the donated sweaters are cashmere. Oliver is not ashamed to say his goal in life is to be rich and that “constantly doling out freebies violates his principles and is tearing this country apart.” His mom then blames his conservatism on the soft cheese she ate while pregnant. What?

Mom Katie (Katy Mixon) nonetheless insists Oliver bring canned food to participate in the food drive. Oliver takes an expired can of cat food as his contribution which prompts his teacher to email the parents. Katie takes away Oliver’s saved money – his “Roth IRA money” – as punishment and tells him she will give it to a charity of her choice. Oliver rightly labels her action as communism. He tells her he saved that money and now she is just walking in and taking it. She doesn’t deny his label. While debating which murderous dictator was worse, Lenin or Stalin, she decides she is Stalin because “I’m pretty sure he killed the most people.”

Later, Oliver gets Nude Norman (Jeremy Howard), a homeless man, some yard work in the neighborhood, but takes a cut from his earnings and calls it capitalism. He says, “I taught a man to fish,” by way of explanation. Of course his mom’s upset he “took money from a homeless person,” and wonders what she’s going to do with him but he says he ‘’should be allowed to be who I am.” He points out, “If I thought I might be a girl inside, you'd let me wear a skirt to school!” Touché.

Oliver is a smart kid. The elite liberal writers? Not so much. If they were smart, they would know that conservatives give more generously to charity than liberals. Giving to charity is a natural result of a main tenet of conservatism – local communities are much better equipped to take care of people than government bureaucracy ever will be. Rather than being shown as selfish money-grubbers, liberals would be wise to present the real story of compassion and generosity that is found among conservative Americans. But I'm not holding my breath waiting for that to happen.