Former Mexican President Vicente Fox: Voting for Trump is ‘Treason to Our Nation’ 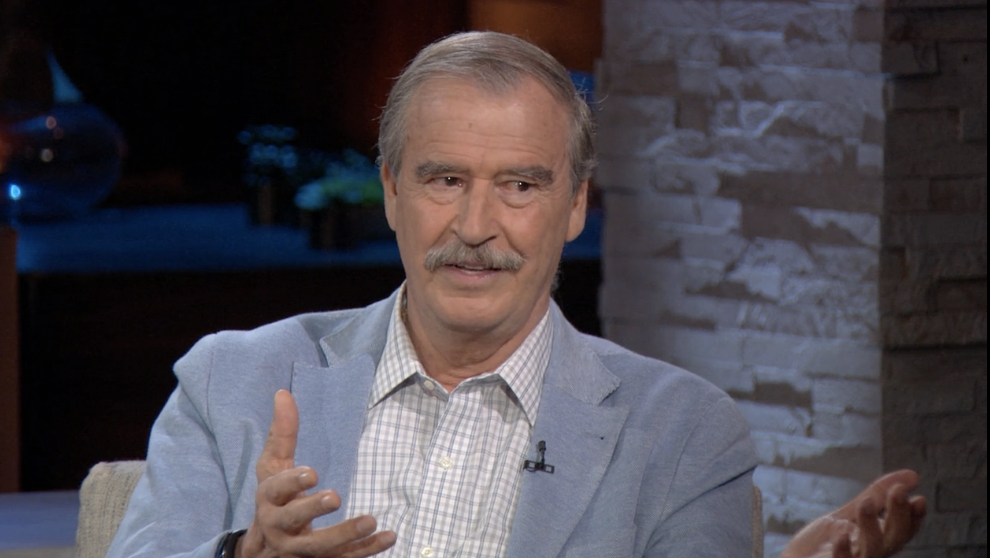 In “Vincente Fox & All Things Mexico,” Chelsea Handler celebrated the country of Mexico on her Netflix show Chelsea. She stated that many Americans think Mexico is a great neighbor – “white, brown, black, but definitely not orange.” Ah, yes. Another show full of Trump bashing.

After going to Mexico City to interview actor Diego Luna while visiting a food market and drinking mescal, she next interviewed lefty actress Eva Longoria. Texas native Longoria wasted no time in going into “the border crossed us” monologue in Texas history. Now a Hillary supporter – she was an Obama supporter in 2008 and 2012 – she gladly took the opportunity afforded by Chelsea to bash Donald Trump for “fear mongering, blaming immigrants for problems.” Note that leftists never say the words “illegal immigrants.” She praised Chelsea’s anti-Trump efforts and said, “Don’t let up” on the bashing.

The grand finale was an interview with former Mexican President Vicente Fox. While saying both Bill Clinton and George W. Bush are still friends (he worked with both as Mexico’s president), he told a story about Bush’s first visit to his ranch. He said Bush was “afraid” of the horses and hadn’t ridden horses before that visit, though Fox thought of him as a fellow rancher. Chelsea asked, “Then why does he wear cowboy boots all the time?” Fox said, “Well, I gave him a pair.” As if that pair was Bush’s first pair of boots. That was really my only laugh in this episode.

Fox, though, is very worried about Donald Trump’s run for the White House. He tells the audience not to listen to “the false prophet” with the “crazy hair” and tells Mexicans in the United States, “It’s treason to our nation, to our origin to vote for him.” Excuse me, but this is an American election and loyalty is owed to this nation, not Mexico.

Fox is all about negotiating with drug cartels and calls himself an activist for legalizing all drugs, but he thinks the current presumptive Republican nominee is using “demagoguery and populism” as he promises to build a wall at the border. And if a trade war breaks out over better deals for America with a President Trump? Well, maybe Mexico “has to find new friends – maybe Russia, maybe we’re going to go back to the Cold War era.” Threats, El Presidente?

Some sage advice from Chelsea herself: if you don’t want to hear the constant, continuing Trump bashing on her show (she says she receives a lot of complaints on social media), “Watch something else.” Good idea.