FOX’s new show Making History premiered Sunday with a much different take on the American Revolution than we’re taught in schools. 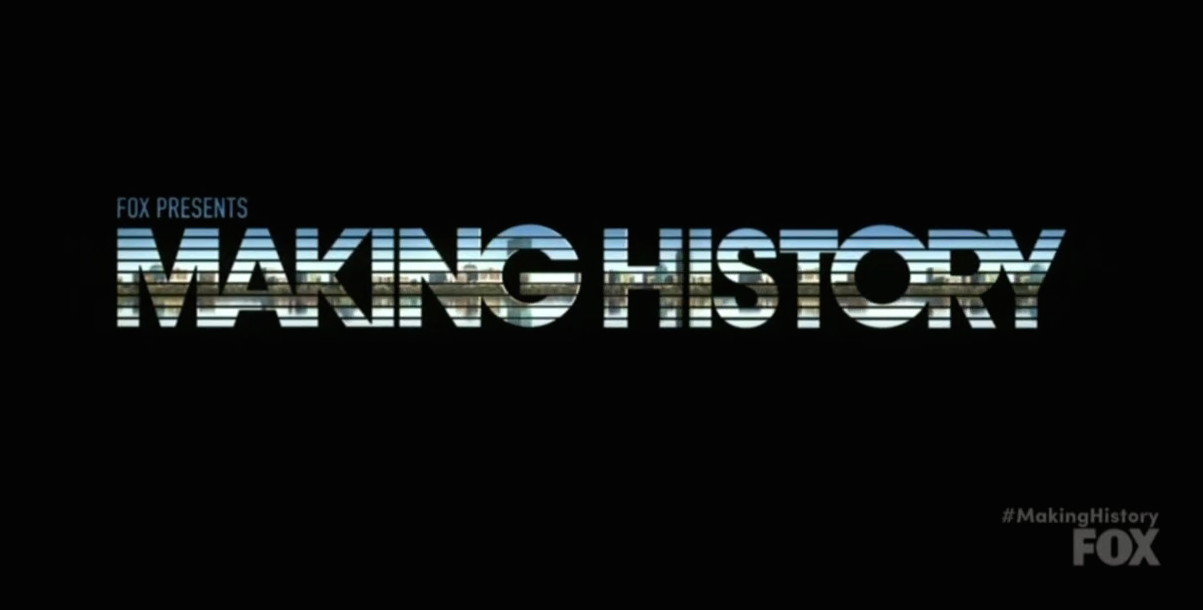 In the pilot episode, we meet Dan (Adam Pally) and history professor, Chris (Yassir Lester). Dan finds a way to travel back in time via a time machine from his father. He enlists Chris’ help when he discovers his time spent in 1775 is messing up the American Revolution timeline in 2016.

It's revealed Dan is dating Paul Revere’s daughter, Deborah, which makes Revere angry. Revere searches for the man who is wooing his daughter, preventing him from his “midnight ride,” therefore delaying the start of the war.

Hancock: I don't know why I like that, but I do.
Chris: So have you two heard anything about fighting the British?
Hancock: Mmm. A month ago, it was all anyone could talk about, but then Paul Revere sort of fell off the map.
Adams: I haven't seen him in a few weeks. So he's probably dead.
Chris: Dead?
Adams: Which might be a boon. At our meetings, he would just keep talking and talking and talking until everyone agreed to do whatever he said.
Hancock: Anyway, would you like to try Sam's new beer?
Chris: Yeah, absolutely. Thank you.
Hancock: You like it?
Chris: That is... That is really good.
Hancock: Oh, really? Yeah. You think it's good?
Chris: Yeah.
Hancock: Because you just drank from the chamber pot!
Chris: Oh, my God!
Hancock: Oh. Don't worry, We've all fallen for it.
Dan: These guys are the best.
Adams: Daniel, tell me. Is it true that you've been... Courting Deborah Revere, you sly cad?
Chris: Your girlfriend is Paul Revere's daughter?
Dan: No. What else are you guys doing tonight?
Adams: Eh, some of the churchmen, uh, get together for a wild Satanic orgy in the woods that we all deny in the morning.
Hancock: Well, I'm gonna amble down to the creek, take a sip of the cool water, contract a parasite, and diarrhea my brains out.

WHAT? Who writes this stuff? Thanks for dragging some of our Founding Fathers through the mud.

To satisfy the LGBT and BLM agendas, a British soldier is shot and exclaims, “I loved you, Jeremy,” and Chris answers “not at all” when Deborah asks if black and white people are friends in 2016.

Thanks, Hollywood. Everyone appreciates your pushing of perverted/controversial agendas!