Think of it as Lives of the Saints, except without God and with a whole lot of dead babies. The Guardian honors pro-abortion martyrs -- those who are “forced into hiding” for killing the unborn. In an article posted on August 6th, the lefty publication released the harrowing testimonies of “fearless, defiant, and increasingly angry” abortionists. These sanctified malefactors have “come out of the closet,” boldly taking pride in their work. After all, why shouldn’t you take pride in performing abortions? #ShoutYourAbortions! 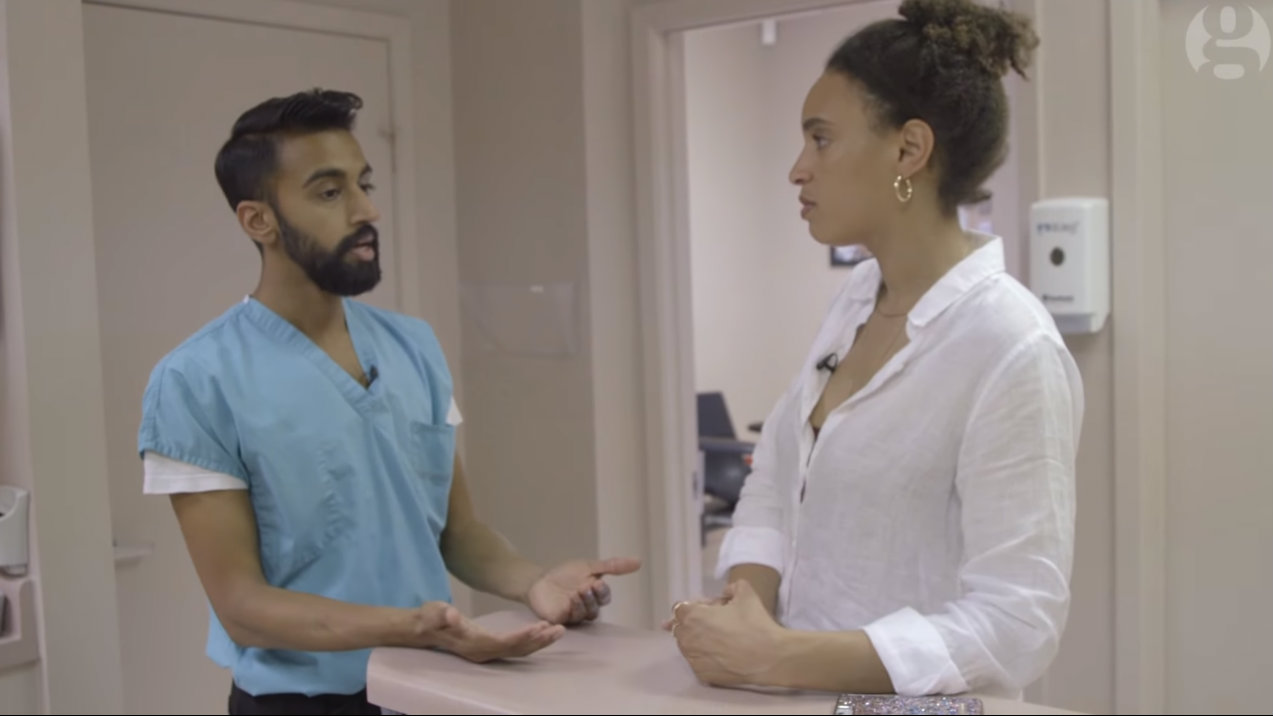 Dr. Kate McHugh -- “one of the five formerly closeted abortion providers” that The Guardian reported on -- said that she had received death threats from “anti-choicers” (The Guardian’s code-word for pro-lifers) for “simply advocating for reproductive rights.” Eventually, McHugh was fed up with the abuse, stating “I’m playing into this game by being quiet and secretive. It makes me feel like I’m ashamed of this work, which I’m not – I’m actually so deeply proud of it.”

Fortunately for McHugh, she is one of the lucky few whose families accept her abortion work. At a Planned Parenthood fundraiser party, McHugh gathered her family in her living room and “came out” as an abortionist in front of her right-leaning father:

"I said, 'Welcome. I’m glad you’re all here. I’m Katie McHugh. I’m an OB-GYN here in Indianapolis, and I’m also an abortion provider.' My father visibly flinched. Then I stopped to take a breath, and everyone applauded, including my family." After the event, to her surprise, her Republican father donated to Planned Parenthood.

Regrettably for the pro-abortion left, many have kept quiet about their baby-killing ventures. Four of these doctors (a debatable honorific since they’d end rather than preserve life) work in largely pro-life states: Indiana, Oklahoma, and North Carolina. To avoid conflict with their conservative-leaning families and/or employers, they avoid speaking openly about their morbid profession. That is, until a Guardian reporter showed up at their front door.

Abortionist Angela Marchin bemoaned that she was “leading a double life” by hiding her occupation from her family. Marchin herself had an abortion in her first year of medical school. The unnamed child happened along because birth control was too expensive for the young medical student. “Now I am an OB/GYN dedicated to helping other women achieve their goals,” Marchin wrote in a viral tweet. A real Mother Theresa.

Dr. Rathika Nimalendran, “who drives by a giant Confederate flag every morning” to her abortion clinic in rural North Carolina, could no longer stand her silence. She felt compelled to move back to her hometown Philadelphia (home of convicted mass murderer abortionist Kermit Gosnell), “where she talks openly with friends and family about working in abortion care.” There, she is free from the deplorable pro-life South, where a few of her blantantly bigotted patients supposedly “made comments” about her identity as a south Asian woman.

Sadly, Dr. Katherine Farris -- a former “pro-life, Catholic girl” -- has yet to flee “the buckle of the Bible Belt” that is North Carolina. Her silence enraged her as she lamented “it’s been exhausting to keep such an important part of my life a secret.” Farris desperately wants to shout her abortions from the rooftops of her backwards “anti-choice” town. “I truly believe I’m making the world a better place by helping women have bodily autonomy,” she said. “It sucks to have to hide what I do.”

The Guardian and other lefty publications are clearly on a campaign to extol abortion as a virtue. Marchin asserted:

It’s so important for people to understand how normal and common [abortion] is, especially now, and that I’m not a bad person for doing this. In fact, I’m doing it out of the goodness of my heart and at great risk to myself.