On July 11th, Huffington Post Highline published an article by Eve Fairbanks about the dramatic rise in Millennial nuns. Given The Huff Post’s lefty bent, you would expect the article to be derisive of young conservative women who choose a religious life. Shock: the tone was respectful, appreciating the role of religion in a spiritually-starved secular world. 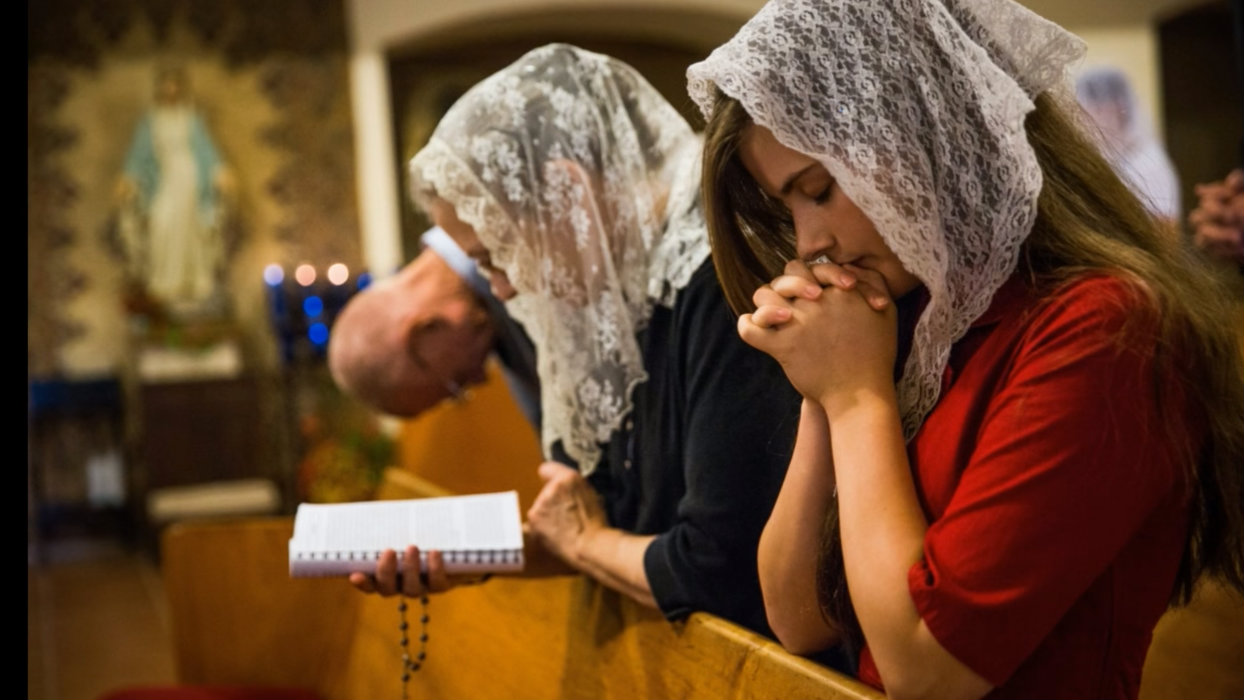 But The Huffington Post has noticed a trend: The Millennial generation is returning to serious religious conviction. According to the article, a decade ago, the average age of those entering religious life was 40. Now, it’s 24.

Fairbanks followed Rachel and Tori, two intelligent, hard-working, and beautiful 20-something women. who were both discerning to become nuns. Both self-proclaimed perfectionists felt something was missing in their lives, leaving them unfulfilled.

These girls yearned for things that secular society failed to provide: truth and stability. Fairbanks wrote:

"There is nothing consistent in the secular world,” Rachael reflected. Catholicism, by contrast, taught that “truth is a fact.” Your obligations to other people and God couldn't be trumped by your ‘personal truth.” [...] My friend Josh, a convert to Catholicism, told me he was drawn to the church specifically because it “doesn’t hold a vote to determine the truth."

Young people are now yearning for lost traditional values. As Fairbanks noted, “Young Americans are often more likely than their elders to believe in core elements of traditional religious belief like heaven and hell, miracles, and angels.” Even though they were taught to value multiculturalism, “young religious people are more likely than older ones to assert that their faith is the ‘one true path to eternal life.’”

As a specific example of this generational trend, Fairbanks presented the case of a Catholic high school in rural Maryland that offered “vocation talks” by religious brothers and sisters to a largely aloof freshman class. Attempts by “cool” priests to relate to the young audience fell flat, but severe talks calling students to sainthood were invigorating. Fairbanks herself confessed she once desired to become an Orthodox Jew and had a teenage obsession with ancient thinkers:

[Orthodox] dress and rituals were strange to me, but part of me also envied them...For all our technological utopianism, my high-school friends and I were obsessed with quotes by ancients sages, poets and songwriters.

Still, this trend doesn’t speak for all young people. Paradoxically, studies show that Gen Z-ers are more attracted to strict, old-fashioned religion yet they are more atheistic; they are committed to traditional gender roles yet more gender fluid; they are more rebellious yet more uptight about drugs and sex.

Nevertheless, the author acknowledged that there is some truth in conservative thinking. Through an entry in her friend’s diary, the author made a startling realization to herself: “I’m realizing I’m much more conservative than I thought.”

This flirtation with orthodoxy and suspicion of secular liberalism seems out of place for The Huffington Post. Yesterday, the publication posted an article pushing to decriminilize prostitution. Though this one piece does not make up for their many past attempts to overthrow traditional values, perhaps it does at least erase yesterday’s scumminess. Kudos to them. Even a broken clock is right twice a day.