On July 9, Vogue published a cover story about Ariana Grande, including an image of the artist posing sensually in her makeshift studio at her childhood home. The photo is meant to capture her “child star gone rogue” persona (à la Amanda Bynes, Britney Spears, Macaulay Culkin, Lindsay Lohan, and many others) that she has embraced. In the article, the former Nickelodeon star waved off criticism for performing sexual songs, such as hit single “Side to Side,” to 9-year-old kids. 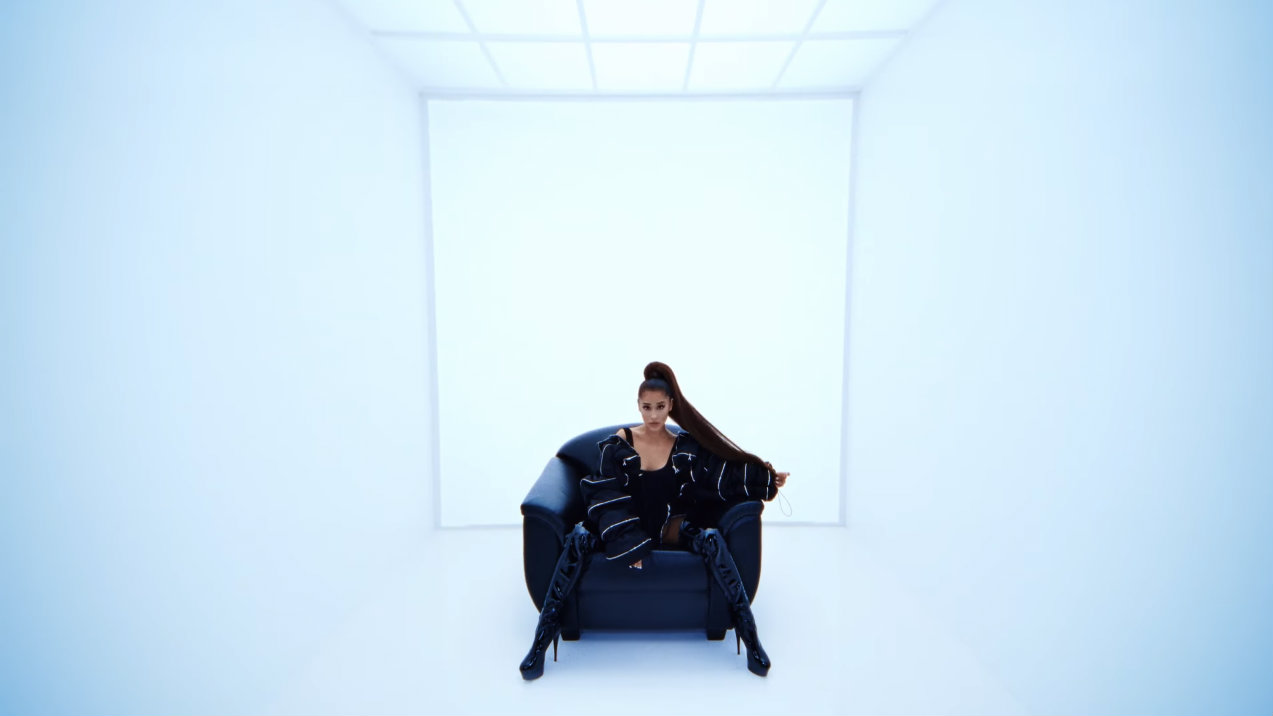 Many so-called “Arianators” have barely hit puberty. Ariana acknowledged one of her best-selling singles “Side to Side” is “a fun song about sex,” but when asked about the thousands of underaged fans listening to her fun sex songs, Grande replied, “I promise that your kid’s gonna have sex. So if she asks you what the song’s about, talk about it.”

The former child star’s response is awkward, to say the least, but Teen Vogue quickly rushed to her defense. Shortly after the Vogue article was released, the teen magazine assured that Grande's comment was about championing sexual education rather than childhood promiscuity.

A quick glance at the lyrics to “Side to Side” will raise some eyebrows at Teen Vogue’s clumsy defense. For one, the song doesn’t go into the messy details of the birds and the bees, though it implies that the listener is already well-informed. The song’s title itself is a flippant innuendo to the inability to walk straight after the deed is done "all night" and "all day." Second, the lyrics hardly provide any useful facts about sex, unless you think there is educational value in Nicki Manaj riding a “dick bicycle.”

It doesn’t take a rocket scientist to see that “Side to Side” isn’t school appropriate; however, Teen Vogue acknowledged that Grande isn’t giving kids a traditional classroom lesson on sex. In fact, they celebrated the fact that the artist openly talks about sexual pleasure with her young audience:

In the United States, sex education in schools is lacking, and the education young people do get isn't uniform, and is not always required to be medically accurate. Even rarer, in and out of schools, are frank discussions about sexual pleasure [...] "Side to Side" isn't a song about the biological realities of sex, it's about pleasure. Maybe we're making a leap here, but we certainly stan a pleasure-positive sex ed queen.

Teen Vogue accidentally showed its hand, revealing the left’s true intention with its sex ed crusade. For the left, no one should be ashamed to seek sex purely for pleasure: it should be free and open to the public, unbounded by social constructs like marriage and family. The end game is to completely restructure sexual morality, and it all starts with child indoctrination.

“Maybe we’re making a leap here,” but once public schools monopolize sex ed, parents lose a say in what kids get taught. Public schools are then free to fill children’s heads with whatever nonsense fits the left’s vision of society.