An opinion piece from The Washington Post’s Alyssa Rosenberg claimed that female high school athletes who lose to transgendered females should learn how to accept defeat with humility instead of speaking up about the inherent unfairness that dynamic creates. 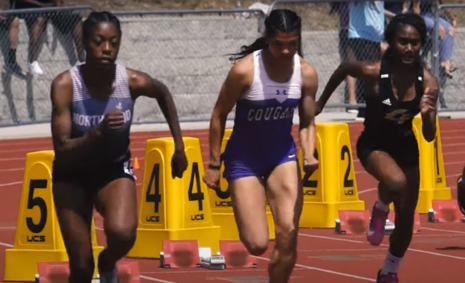 Rosenberg was commenting on a case in which two sets of parents in Utah lodged a complaint with the Utah High School Activities Association (UHSSA). Both sets of parents requested that the organization find out the gender of the winner of an event last year (the children of these parents finished second and third in this same event).

David Spatafore, the UHSAA’s legislative representative, said he would not reveal the name of the student, the classification of the play, the sport itself, or the school this student in question attended for the sake of privacy. He did, however, say the winner was a female and that the school examined her records all the way back to kindergarten to confirm this.

Rosenburg pounced on this opportunity to say that any parent that wants their daughters to be competing in sports leagues that are fair is setting a dangerous precedent for their own children.

According to her twisted logic, parents who don’t want to see their daughters lose to artificial women will teach their children to complain whenever they lose instead of learning how to have “grace in disappointment and defeat.”

“Hard work is important,” the piece read. “But, sometimes, it won’t be enough, and not only in situations where someone else is cheating. Hounding someone who has beaten you — even stripping them of their victory or disqualifying them from future competitions if they’re ‘caught’ competing under their current gender — will never feel as good as winning fair and square. What these kids need to learn instead is grace in disappointment and defeat.”

Would Rosenberg say the same thing if the issue didn't include progressivism's trendiest grievance group? If girls complain about losing a foot race to a girl on a bicycle, are they whining? It sounds like what Rosenberg is really saying is "You lost the victim lottery. You're not as oppressed as trans kids. Them's the breaks."

Rosenberg further claimed that just because these females did not finish in first in this race does not inhibit their ability to get scholarships in college, since most high school athletes don’t compete at high levels once they graduate. According to her, this means that the “value of victory has limits” for high school athletes.

While it is true that high school athletics serve a limited purpose, to say that the people who want athletics to be fair are on some sort of witch hunt is about as ridiculous as it could get.

High school athletes still put an incredible amount of effort into being the best at their sport. However, these athletes do so under the logical assumption that they will be playing against other competitors that are largely the same as them in terms of physical capabilities.

Unfortunately, lots of women can’t take this for granted anymore, and they and their parents are being shamed as bigots if they speak out against the atrocious reality that they'll have to compete against biological males.

Yes, athletes need to learn how to lose with grace and accept defeat -- but not if their opponents win in a dishonest or unfair way. So if parents of female athletes  -- or the athletes themselves -- speak out in the future if they are forced to compete against male athletes, it's not a sign that they’re sore losers. Rather, it’s a sign that they still have some measure of common sense and are willing to risk public shame to stand up for truth.