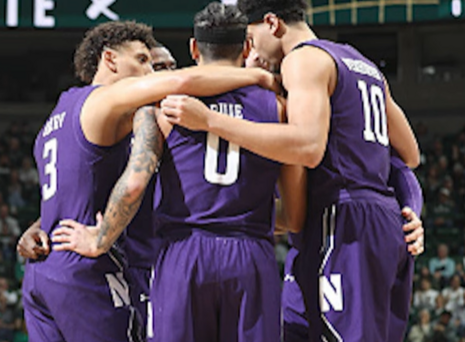 So the COVID vaccines aren’t really fool-proof? Get outa here! Maybe there’s something the deniers know that the “experts” don’t know. Take Northwestern University’s men’s basketball program; its scheduled game against Iowa Wednesday was postponed, and Saturday’s upcoming game against Wisconsin has been cancelled due to a COVID outbreak on the Wildcats team.

Only six healthy players were available for the Wildcats’ next game against Wisconsin, which announced Thursday night the game “will not be played due to COVID-19 health and safety protocols within the Northwestern program.”

This wasn’t supposed to happen. COVID, thanks to the incredibly safe and effective vaccines and booster shots, was a thing of the past. Or so we were told by the federal government and censorship-happy Big Tech.

“It’s January 2023. It’s not March 2020,” Outkick blogger David Hookstead commented. “The idea we should be canceling major sporting events over COVID-19 is insane at this point in the game. … Remember when everyone was told once the vaccine came out this stuff wouldn’t happen again? What happened to that?”

CBS Sports says the Northwestern-Iowa game has been rescheduled for Jan. 31 in Iowa City. 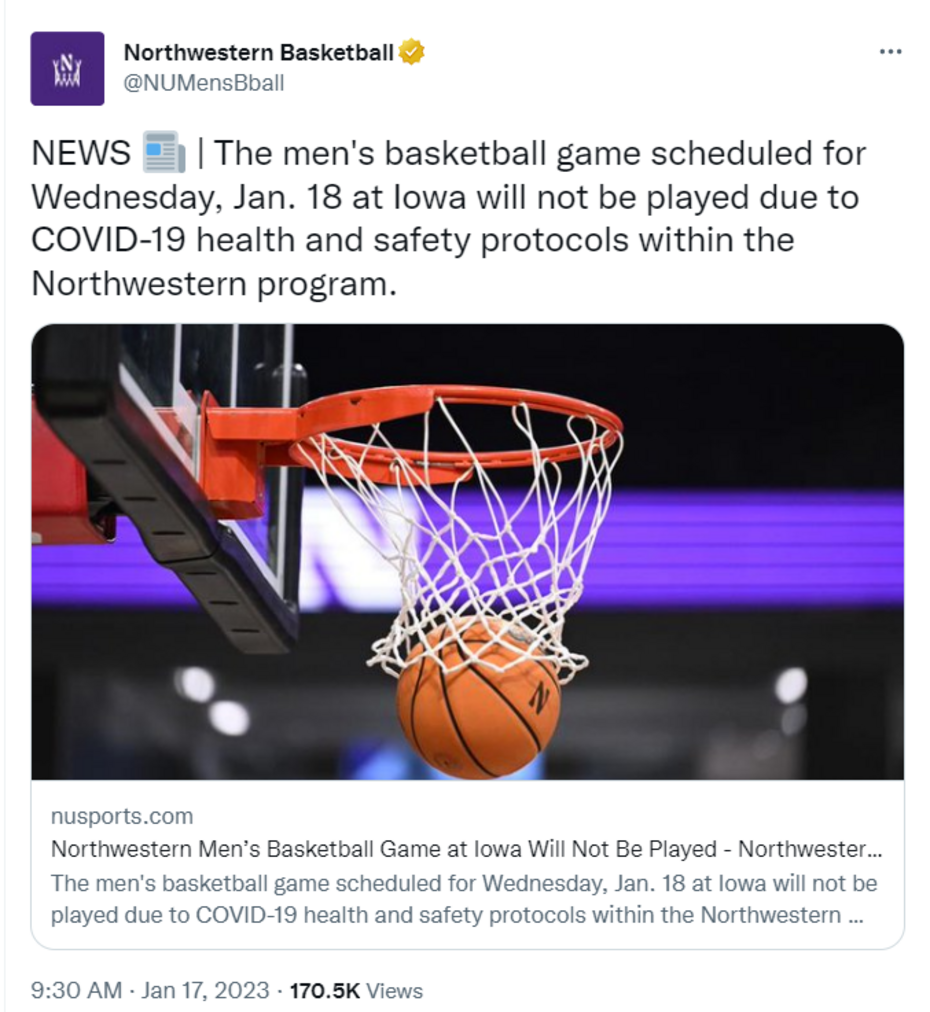 Meanwhile, media lemmings across the country who tore unvaccinated athletes apart for not getting jabbed with the incredible shots have egg dripping down their faces. And that’s because vaccines are no more reliable now than they were in the past.

Nearly 700 million doses of vaccinations have been given in the U.S., and just three days ago the CDC was crowing about how safe and effective they are. Problem solved. Not. The CDC’s number is a statistic. The Northwestern COVID outbreak is personal for each of the players who were unsuccessfully vaccinated.

Earlier this week, I wrote about people whose health was seriously damaged by the shot, along with people whose freedom and livelihoods were trashed for declining vaccinations. The Northwestern story, though sad for the health of the Wildcats’ basketball players, confirms and legitimizes their concerns.