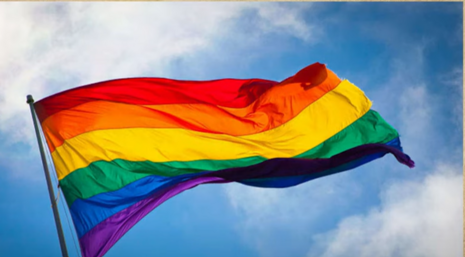 The boy is unnamed by Fox News and Breitbart. However, the name of sophomore “Aspen Hoffman” matches up to results presented in their stories. See the 18th-place finisher from Seattle Academy.

Hoffman’s best finish with his own gender was 25th. He was 145th in the state boys championship a year ago.

Boys on girls’ teams in Washington are not required to take testosterone-reducing drugs. Thus, his 12th-place time in the Twilight XC Invitational this year was just 2.6 seconds slower than last year when he placed 134th.

No, Hoffman hasn’t won every race. But the Seattle Academy girls team substantially benefits from his higher placings this year. Rival schools are getting cheated by this male ringer.

The coach of another girls’ cross-country team said: "Allowing [the student] to compete against biological girls deprives other girls' teams of the chance to compete at state [which is a big deal]," he said on TikTok.

The father of a girl on an opposing team said his daughter is now “competing against a male for scholarships. And we can’t even say anything. You can’t even approach it in a nice way without being labeled a hateful bigot. You will get threats against you.”

In 2007, the Washington Interscholastic Activities Association adopted the International Olympic Committee position allowing transgender athletes to compete according to their gender identity. In 2021, the association eliminated medical requirements, such as surgery and hormone treatment.

The association defended the unlevel playing field for female athletes by claiming it is merely following state non-discrimination laws protecting full access to athletic activities for students. Which is nonsense. The association is merely bowing to the LGBTQ mafia.

All a guy in Washington prep sports has to do now is show up for girls' competition and say, “Hey, girls, I’m really a dude! Deal with it and learn to lose gracefully.”