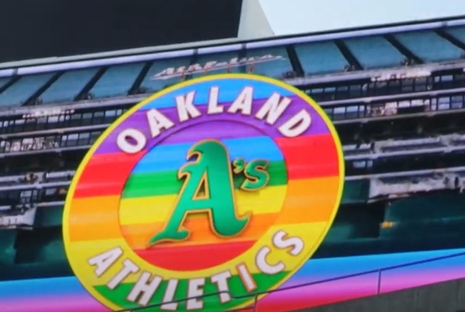 Major League Baseball (MLB) is viewed as the most conservative of the nation’s elite sports leagues, but its veer to the left may lead fans to sing a new tune. That would be take me out OF the old ballgame … I don’t care if I never go back. Not only did MLB swing a woke bat during June’s pride month, it also swung for the fences in their encouragement of child sex changes.

National Review conducted an analysis of MLB’s bizarre pitch for child gender transitions and found out just how pervasive and sinister it is. Writer Nate Hochman said baseball’s past nods to left-wing causes prior to this year have been largely symbolic. But now MLB teams are almost unanimously immersed in the promotion of gender transition efforts with their respective LBGT pressure groups.

Four more hooked up with groups that offer counseling and referrals for youth medical transitions, or which partner with clinics performing youth transitions. Say it ain’t so, Dodgers, Pirates, Athletics and Padres.

These not-so-fab-five clubs are teaming up with organizations providing resources for and encourage youth sex changes: the Reds, Astros, Diamondbacks, Rockies and Phillies.

By figurately getting into a hospital bed with this sinister movement, baseball is engaging in reprehensible and unconscionable enabling. The guilty teams bear some culpability for irreversible surgeries that, as history has proven, often leave people with serious regrets.

The New York Times revealed painful truths about so-called “sex change” surgery. Ryan Anderson’s story confirms that surgery does not change one’s sex.  A male body regards a surgical “vagina” as a wound, and the irreversible operation may make things worse for the person hoping to change his or her gender.

Additionally, a man who regrets his “sex change” -- Walt Heyer – reported that “a staggering 41 percent of people who identify as transgender reported in a national survey that they had attempted suicide. That’s over twenty-five times the rate of suicide attempts (1.6 percent) among the general population.” Surgical procedures are not the answer, he said.

These dire ramifications are no longer just the responsibility of the LGBT organizations pushing them. They now include the enablers and funders, too. Due to June’s pride event funding, these regrettable consequences also rest squarely on the Major League Baseball teams shamefully participating in this draconian movement.