Woke At Home, NBA Owners Are Complicit With China’s Abuses 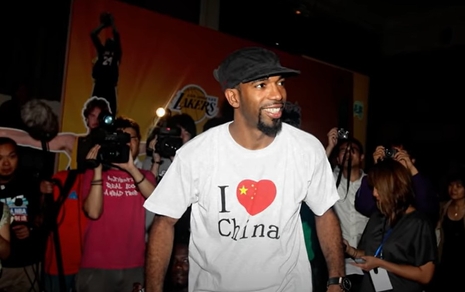 ESPN reported a blockbuster story Thursday revealing how the NBA’s troubling entanglements with communist China have serious implications for U.S. interests. The network commissioned Strategy Risks, a New York firm that assesses corporate exposure in China, to examine the conflicts involved for the league's owners.

Strategy Risks found that China contributes significantly to the value of every NBA team. NBA China is valued at $5 billion. The NBA owns 90 percent of that entity, ESPN owns 5 percent of it and state-controlled banks collectively own the remainder. All told, each NBA team reaps $150 million from China. No wonder former NBA player and now broadcaster Richard "Rip" Hamilton, seen in photo, love China.

That’s why we see Commissioner Adam Silver, LeBron James and other NBA figures pushing hard for social justice at home with one hand and holding out their other hand for Chinese windfalls. The NBA lost hundreds of millions of dollars from the Morey-China rift, and the last thing it wants to do is rile up China again. In fact, the commissioner and numerous team owners are walking on eggshells and refused to comment for ESPN’s exposé.

Miami Heat owner Micky Arison owns Carnival Corp., which in 2018, worked jointly with the China State Shipbuilding Corp. to establish a China-based cruise line. That company is closely aligned with the Chinese military and builds aircraft carriers for the People's Liberation Army. It is currently building China’s first nuclear-powered carrier.

ESPN reports, “The U.S. government lists the shipbuilder among foreign companies ‘acting contrary to the national security or foreign policy interests of the United States.’ "

Back here in the states, Arison has committed to a "never-ending" campaign for social justice. Heat Coach Erik Spoelstra and team president Pat Riley have vowed to fight systemic racism in America.

Robert Pera owns the Memphis Grizzlies, and he derives 10 percent of his revenue from manufacturing facilities in China. Houston Rockets owner Tilman Fertitta is president and CEO of Landry's, and pulls in $160 million from China.

Charlotte Hornets owner Michael Jordan pledged $100 million for social justice activism in the U.S., and he has a China exposure of $85 million.

With this information readily available, NBA season ticket holders and those watching league broadcasts should seriously re-consider where their time and money are going.