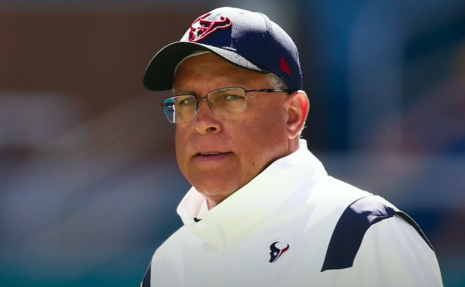 After the firing of Houston’s and Miami’s black head coaches, Reid wrote that “club owners through their actions have made something resoundingly clear: Only white is right. There’s just no other way to view it.”

In those rare occasions when Black assistants break through the white hiring ceiling, they must work miracles or else. “Just ask (fired Houston Coach David) Culley,” Reid says of the head coach who presided over just four wins by the Texans this season.

Culley was set up to fail, Reid opines.:

“The Texans set up Culley to fail like someone paid them to do it. Sonny Corleone had more of a chance at the Jones Beach Causeway in The Godfather than Culley did in his only season working for the franchise run by team chairman and CEO Cal McNair.”

Culley’s hands were tied by a “weak roster” with star quarterback Deshaun Watson sidelined by an ongoing investigation into alleged sexual misconduct. Culley never got the chance to utilize the pro bowler, Reid wrote. But any incoming coach knew this would be the story.

Any incoming coach – no matter his race -- was bound to be a sacrificial lamb on a team without a productive quarterback. Culley was 65 and had never been a head coach before. He was primed for a short go of it, given the team’s circumstances. But does that mean “white makes right?” Get real!

Long-time defensive star left J.J. Watt also the team, hurting the defensive line. Any incoming coach was destined to be a short-timer, no matter the race.

However, no one should fire the head coach of a four-win team that played hard to the end, in Reid’s opinion. Especially a minority coach.

“Look, from the moment Culley was hired, it was clear that the McNair family didn’t view him as the long-term solution to their head-coaching situation,” Reid whined. “The McNair-Culley pairing seemed more like an arranged marriage than a love connection.”

Houston, according to Reid, did Culley “dirty,” just like Arizona did in 2018 with Steve Wilks, a black coach who won only three games. Many fired black coaches told Reid this is common for them, compared to white coaches. Reid is the husband of MSNBC's Joy Reid -- another all-pro race-baiter -- so he’s short on objectivity.

Brian Flores took Miami on a wild three-season roller coaster ride and was dispatched after compiling a 24-25 record. He has a better case for getting another season than Culley did. After going 5-11 last season, his Dolphins experienced 7-game winning and losing streaks this season.

Regardless of that, the Reid claim of “white makes right” is baseless. It’s just race is the bass at The Undefeated.

Just ahead of Martin Luther King Jr. Day, the NFL is in a mighty bad way with Black head coaches, Reid charges. The chance of racial equality is only a dream said in bringing his race rant to an end.