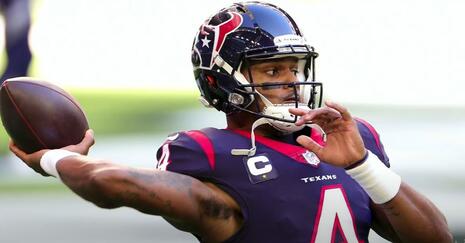 No one ever accused the National Football League of consistency when it comes to player discipline. So it comes as no surprise that the Green Bay Packers were subjected to a massive fine over COVID-19 protocol violations, while Henry Ruggs III and Deshaun Watson, who allegedly committed far greater offenses, have not been fined a penny.

The Packers got fined $300,000. Aaron Rodgers and teammate Allen Lazard were both hit with fines of $14,650 for going maskless at a Halloween party. Rodgers tested positive for the coronavirus last Tuesday and has been the subject of a firestorm ever since. It was learned that in preseason he was immunized, but not vaccinated. He then engaged unsuccessfully with the NFL in an attempt to get the league to approve of the immunization. He’s been accused of intentionally lying about being vaccinated.

The Packers were aware of the Halloween party and allegedly did nothing to discipline the two players. They also failed to report these violations to the league. Green Bay "failed to strictly enforce the protocols," the NFL said.

If the Packers drop the ball on the egregious crime of letting players go maskless at future public events, their draft rights could be reduced by the draconian NFL.

Meanwhile, Henry Ruggs III of the Las Vegas Raiders has not been punished for killing a 23-year-old female and her dog while driving drunk at a speed of 127 mph. The Raiders released Ruggs, who could serve 46 years in prison, but the NFL took no action and actually denies it has a drunk driving problem with its players.

Since 2000, the NFL has averaged between eight and 14 DUI player arrests per year. USA Today reported that, in the past quarter-century, drunk driving is “By far the biggest criminal issue in the NFL.” In the last 21 years, some 1,023 NFL players have been arrested for driving while impaired.

In the last three years, six players accused of DUI were suspended a total of six games--four games by one player.

But the big problem, the big fines are reserved for players not wearing masks in public.

Abusing women is another huge problem for the NFL. Texas quarterback DeShaun Watson (seen in above photo) has been accused of sexual misconduct by 22 women, but he’s collecting his mega-salary from the sidelines and has yet to face any discipline from his team or the league.

The first of those women to file a complaint against Watson was interviewed by representatives of the NFL via Zoom, and was asked what she was wearing when she encountered the 215-pound quarterback. The woman said Watson touched her with the tip of his erect penis while asking her for sex. This was part of a pattern corroborated by 21 other women who said Watson overpowered and sexually abused them.

One of the women, Lauren Baxley, also accused the NFL of victim shaming.;

“My forensic interview [with Houston PD] was very respectful and trauma-informed. They let me speak uninterrupted, whereas with Lisa Friel and the [other NFL investigator], they would cut me off, they would question things, they would circle back. (They were) trying to trip me up. They didn’t, but they were really looking for the weaknesses that they thought they could exploit.”

Since the beginning of training camp, the NFL has assured there are “no restrictions” on Watson’s participation in team activities. He has not been placed on the league’s exempt list for players facing serious allegations. The NFL Network merely focuses on discussion over potential trade partners and compensation for Watson, rather than the egregious accusations against him.

Again, the big problem, the big fines are reserved for players not wearing masks out in public. The larger problems facing the NFL are sorely downplayed, while COVID-19 infractions are seriously sensationalized. Something’s very rotten in the NFL version of Denmark.