Washington High School Cancels 9/11 Tribute; Some Might ‘See It Differently’ 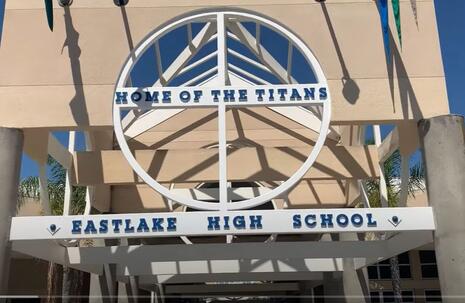 A high school in Washington state is guilty of political correctness run amok after canceling a student event to honor the victims of the 911 terror attacks on New York and the Pentagon. Eastlake High School in Sammamish put the brakes on a planned tribute to the victims of the horrific terrorism that took place Sept. 11, 2001. School officials claimed the planned ceremony could cause offense to some.

A Red, White and Blue ceremony to honor the victims of the evil attack by radical Muslims was to have taken place Friday, prior to Eastlake’s football game against Rainier Beach. It was the students who wanted to do something to honor the memories of those who were lost, and they developed an event they called Patriot’s Day. It would be held at the Memorial Stadium site of their football game.

That thoughtful, patriotic act wasn’t going to stand at Eastlake High though. Snowflake administrators  stopped it. Principal Chris Bede said that by allowing people to wear the colors of America’s flag, it might “unintentionally cause offense to some who see it differently.”

See what differently about the flag and 911? The hijacking of commercial airliners that were steered into the Twin Towers, the Pentagon and that crashed in a field near Shanksville, Pa., bringing death to more than 3,000 innocent victims and injury to some 25,000 others? Including 25 flight attendants, eight pilots and three customer service agents. How else might such terrorism be viewed?

Parents and students were shocked by the school’s ridiculous cancellation of the commemoration of 911. Clueless Chris Bede was shocked by their reaction:

"Our leadership teachers made this decision and explained it to students.

“I know tomorrow is 9/11 and understand the sacrifice and values our flag represents, but I think they just did not want to unintentionally cause offense to some who see it differently.”

What possibly needed to be explained to students about the inexcusable decision to cancel a tribute to the memory of the 911 dead? What possible defense of people who might see murder and terrorism “differently” can possibly exist?

A story posted by Seattle conservative talk radio 770 AM suggests the colors red, white and blue could have offended the Rainier Beach minority students. During the station’s Jason Rantz Show, a student said, “They had explained that red, white and blue was going to be seen as racially insensitive and may affect people in a way that we will not understand and for that reason that we were to change our theme.” Principal Bede insisted on the radio show that the tribute's theme, not the colors, was canceled.

Ryan Ware, the Eastlake senior class president and a member of the football team, said, “We disagreed (with the school’s decision) and were extremely disappointed. I couldn’t believe their reasoning.” Another student accused the school of hypocrisy and said the school is about inclusivity — just not when it comes to representing the country.

A parent told Rantz that many more people “are offended by the decision to ban the theme of wearing red, white and blue. If there is one thing that has the potential to unite us all, it’s that we are Americans.”

It seems that commonsense and patriotism have both been canceled by an Eastlake administration that is too timid to promote pride in America. That’s a sad lesson for the students.