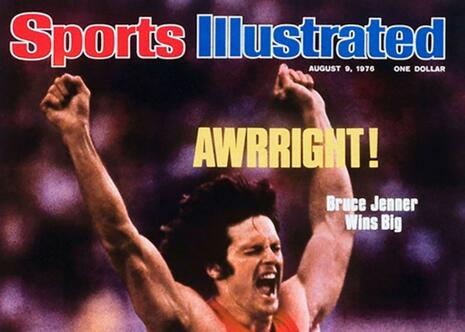 Caitlyn Jenner wears dresses and pretends to be a woman now, but still wants to take credit for winning Olympic gold as the male Bruce Jenner in 1976. Jenner this week tweeted a tribute to Bruce’s past athletic exploits and cemented his role as a divider within the LGBTQIAetc community for “deadnaming” himself.

Deadnaming is a term fabricated by the alphabet people to demonize those who refer to transgenders by their so-called name assigned at birth. It is supposedly done to silence and shame them. Sports Illustrated was criticized for doing this to Jenner in 2016.

In Jenner’s Tweet on Monday, he wrote about the 45th anniversary of Bruce winning the decathlon at the Olympic Games in Montreal: “An amazing day representing our country at the Olympics! Congratulations to all of the Olympians this year!”

According to Breitbart’s Warner Todd Huston, “The tweet struck some as odd since many transgender advocates consider bringing up a trans person’s past name as ‘dead naming’ them. It is an act of discrimination, they say, to bring up a trans person’s ‘past’ life as a different gender. And Jenner, who is running as a Republican in California’s recall election for governor, is posting that ‘dead name.’”

One reply to Jenner's tweet huffed, "The fact that you chose to amplify a post that dead named you tells me all I need to know about how harmful you would be to LGBTQ+ people if you were governor."

Indeed, Jenner’s LGBT base is eroding, especially since he came out against men competing in women’s sports and decided to run for governor as a … gulp … Republican.

Outsports blog, an LGBT division of SB Nation, ripped Jenner for flip-flopping on the transgenders in sports issue.

Also, Jenner is drawing the ire of the Left for criticizing embattled Democrat Governor Gavin Newsom. And for telling Sean Hannity that California is crumbling under Newsom’s watch.