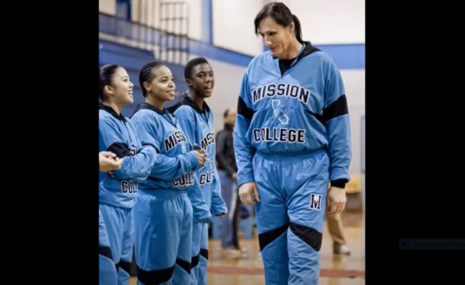 Doing the dirty work of LGBT pressure groups, 550 woke college athletes are demanding the NCAA pull postseason events out of states legislating for the integrity of women’s sports. Their letter demanding safe spaces for gender-confused athletes would also cause states to get punished through lost revenue.

Sports Illustrated writer Julie Kliegman reports the letter was shepherded by Aliya Schenck and Alana Bojar, runners from Washington University in St. Louis, by GLAAD, Athlete Ally and other LGBTQ pressure groups. It was signed by athletes from 85 universities who compete in multiple sports. They told NCAA President Mark Emmert and the NCAA Board of Governors:

“We, the undersigned NCAA student-athletes, are extremely frustrated and disappointed by the lack of action taken by the NCAA to recognize the dangers of hosting events in states that create a hostile environment for student-athletes. You have been silent in the face of hateful legislation in states that are slated to host championships, even though those states are close to passing anti-transgender legislation.”

The social justice warriors said it’s imperative for the NCAA to guarantee them safe spaces wherever they compete. They further say:

“The NCAA claims to prioritize the safety, excellence, and physical and emotional well being of its student athletes and asserts that all athletes deserve a fair shot. However, it is impossible for female athletes to feel safe and supported in environments where their personal identity and integrity is questioned.”

The NCAA has been weighing what constitutes a “fair shot” for athletes for several months (see above photo of former college trans basketball player Gabrielle Ludwig, who stands 6-8). That’s far too slow for the college activists who want a full NCAA endorsement of trans athletes now.

The NCAA governing board responded with a PC statement:

“The NCAA continues to closely monitor state bills that impact transgender student-athlete participation. The NCAA believes diversity and inclusion improve the learning environment and it encourages its member colleges and universities to support the well-being of all student-athletes.”

Half the states are currently attempting to provide legislative relief against males invading female sports. Legislatures in Mississippi and South Dakota this week passed bans on trans girls and women competing on opposite-gender teams. A year ago, Idaho passed the first law aimed at keeping males out of women’s sports, though that law is on hold pending the outcome of an ACLU lawsuit.

Unless the NCAA completely surrenders to the will of the athletes pushing the LGBT agenda, South Dakota will host postseason events in Division II men’s basketball, wrestling and women’s volleyball and Division I men’s ice hockey. No NCAA championship events are scheduled for Mississippi in the foreseeable future.

Surrender would not be a first for the woke NCAA in its zeal to appease LGBT pressure. In 2016, North Carolina passed a law designed to keep men claiming female gender identities out of public women’s restrooms and locker rooms. The NCAA (as well as the NBA) punished North Carolina by pulling events out of the state. LGBT pressure groups and their allies want to employ that tactic again, hoping states will back down on trans legislation for fear of losing sports events and accompanying revenue.

It does not appear from Kliegman’s story that she made any attempt to balance her report by contacting anyone in support of the state bills.