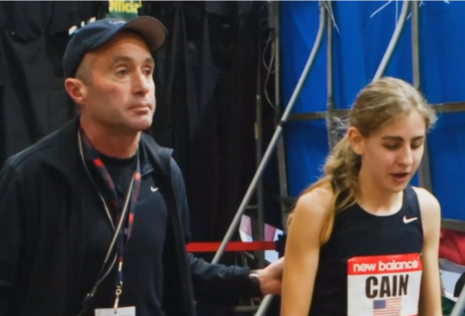 Nike’s role as a cultural and "progressive" icon and the most powerful brand in sports can’t be overstated. The Swoosh logo is everywhere, and the multinational  corporation is linked at the hip with social justice warriors like Colin Kaepernick and Megan Rapinoe, the LGBT movement and other left-wing causes. This image was shattered Tuesday night by a damning report on the HBO program Real Sports with Bryant Gumbel.

David Scott’s Real Sports report was an indictment of Nike’s Oregon Project and its obsession with winning. The distance running training program was shut down 15 months ago after its coach, Alberto Salazar, received a four-year ban for doping violations. Scott’s interviews with the victims of that program shed alarming new light on Nike’s abuses.

Former Oregon Project runners accused Nike of abuse, using them as guinea pigs with performance enhancing drugs, shaming them for their weight and pregnancies and engaging in physical torment. All in the name of winning.

Nike claims its purpose is to unite the world through sport and creating a healthy planet. As Real Sports revealed, it was just cheap talk, according to former team runners Mary Cain, Kara Goucher and Dorian Ulrey.

Scott said the program was seen as the “premier breeding ground for champions, but now former members of Nike's elite running team known as the Oregon Project say the company's pursuit of glory came at a staggering cost to their health. They say they endured physical torment, mental abuse, and a regiment full of experimental and potentially dangerous medication, all in the name of speed and in service of the celebrated Nike swoosh.”

Salazar (seen in above photo with Cain) declined to be interviewed, but Cain said his weight shaming led to her eating disorder. She subsequently developed amenorrhea, a condition that left her bones dangerously brittle. She suffered multiple stress fractures and the crumbling of her physical and mental health.

Goucher was another star pupil of Salazar’s, a two-time U.S. Olympian and silver medalist at the world championships. When she became pregnant, Nike appeared to publicly support the modern athlete mother. Behind the scenes, however, she was dropped from the Nike payroll and Salazar allegedly told her she’d get paid again when she returned to the medal stand.

Three months after giving birth, Goucher ran the Boston Marathon and took fifth place, though she had constant pain. She told Scott that Nike didn’t care.

Salazar weight shamed Goucher, who suffered a fractured femur and additional injuries that ended her career.

Ulrey joined the project in 2012 and was ordered by Nike to ingest a cocktail of performance-enhancing drugs that came from an unmarked tub in a garage. He was also pressured to take a drug linked to cancer called calcitonin, which was banned in Europe. Scott described Nike’s pharmaceutical regiment as an “abusive, unsafe, unhealthy environment” that alerted the radar of the U.S. Anti-doping agency and had to stop.

Travis Tygart, head of the U.S. Anti-doping agency, told Scott, “I think the athletes were treated like Guinea pigs to try to get them to win so that the Nike brand could continue to profit by the very people that were subjected to this kind of abuse and ultimately to the violations.”

An email chain linked Nike’s then CEO Mark Parker with Salazar discussing the minimal amount of topical male hormone testosterone required to create a positive test. “I think they're trying to find out how much you can use without a positive test and you don't have to be the CEO of a sports company to know testosterone is the fundamental doping drug of choice for athletes to cheat,” Tygart tells Scott.

Nike claimed it was conducting an experiment to make sure that outsiders could not sabotage its athletes, but Tygart called this excuse “just a sham. They got caught with their hand in the cookie jar and after the fact they've attempted to make up the story to justify. I think it's unbelievable that a corporation would knowingly allow this to happen on its campus.”

Salazar got suspended from coaching for four years, and “several aggrieved former runners” told HBO they were never contacted by Nike’s internal investigators.

Scott told Gumbel that Nike no longer takes pregnant athletes off the payroll.

All things considered, the HBO report reveals that Nike-style "progressivism" is a black eye upon the culture.